In the year 2100 the population of the United States is close to near one billion people (thanks to refugees from the Great Islam War in Europe). Advanced seismic technologies have detected that the Yellowstone supervolcano will experience a major eruption in the next 30-50 years.

In a speech that steels the resolve of all humanity the President of the United States commits to defend the fate of the nation and the world with spectacle of public works never before seen at this scale. The simplicity of the plan may be it's downfall: dam it! 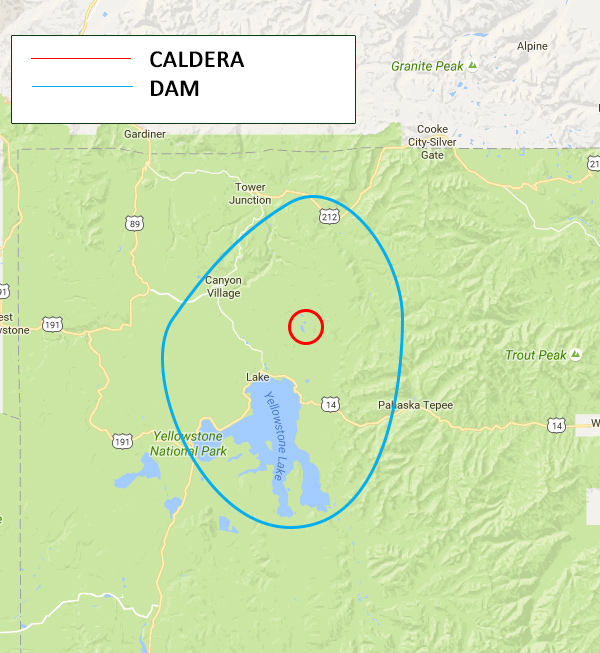 The plan is to build a great reservoir - 30 miles (50km) in diameter, directly above the projected site of the eruption. The reservoir would be feed via a massive (1100 mile - 1800km) pipeline, named the "Duluth Deluge", of fresh water pumped from (and expected to partially drain) Lake Superior. The Duluth Deluge with be feed by 8-10 nuclear powered pumping stations. The projected average depth of the dam will be 80 feet (24m). The projected cost of the project with be $US12T.

There is a one year debate and proposal negotiation period.

Will this proposal contain the eruption of the supervolcano?

Is there a cheaper, easier or better proposal?

Ask Hawaii if putting lots of water above a hotspot will keep it down.

As evidence shows: not even a snowball's chance in hell it will.

the projected average depth of the dam will be 80 feet (24m).

Do you honestly think that 0.024 kilometers of water will be a hindrance when the eruption has just punched through several hundred kilometers of rock? 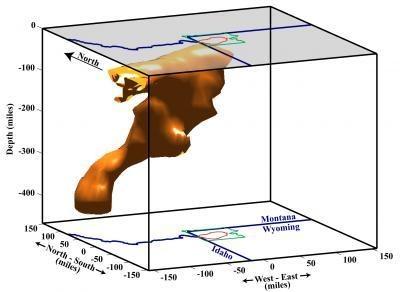 I am sorry but your proposed dam will not do anything at all to prevent, contain or mitigate the damage of the eruption.

As for cheaper and easier ways... well none that we can think of at the moment. In the year 2100, who knows? Maybe by then we can then tunnel into the hotspot and start relieving the pressure through a controlled release of magma, like poking a little hole in a bloated pimple before it goes "pop".

Michael Karnerfors's answer puts the event into perspective. But it is not all lost. You will need a dam but not to fill it with water. You will need a big big region dug down to create a reserve for lava. Now the year is 2100 and probably we could produce massive amounts of carbon nanotubes which has predicted melting point of 3600+ ºC. That is much higher than the temperature of magma (highest ever recorded is 1600ºC). So, expand the nozzle of the volcano and route it with giant carbon nanotube pipes. Expansion is important otherwise pressure might open another vent.

You will also have to deal with toxic gasses, but since the explosion is contained, something can be done for it. For instance, you lava dam can be closed with thousands of filtering chimneys. This operation will probably heat the region significantly, but that is nothing compared to the damage it will do uncontained.

I'll continue, no it will do more harm then good, amplifying blast strength.

cheaper easier better - not sure, might be cheaper if you do it right, but there is proposal.

Build geothermal stations to cool down magma and grow crust in that place, seal possible channel. Produce energy needed for work for that task, make that project profitable energy and money wise.

As Cem Kalyoncu recommend use CNT if you can, should make project piece of cake.

Cooling magma beneath Yellowstone will reduce magma pressure as hot magma density is lower then cool rock. Also it will produce stress on cold crust, which you have to relief.

But kinda ok for 60 million of peoples to live, but no much in therms of launching peoples in to space. So it have to be even bigger, all around Yellowstone, to produce more energy.

So probably proposition is just to build geothermal station, 3th generation, should help.

Not the answer you're looking for? Browse other questions tagged apocalypse near-future volcanoes megastructures .

5
How to survive a supervolcano eruption in short term and a post-apocalyptic world in long term?