Scenario: I have a generation ship moving between two star systems. Given that such a ship needs to have a completely self sufficient life cycle system to make it viable, ejecting mass continuously does not seem to me to be a very viable option for acceleration.

With this given scenario what other methods can be used to achieve acceleration and deceleration in interstellar space? I would like answers to be bound by the known laws of physics in our universe.

The best way to conserve mass is to use external energy to accelerate the ship.

Robert L Forward had designed a multi stage lightsail which allowed ships to accelerate, and then, by detaching portions of the sail and using them to reflect laser energy back to the starship, decelerate at the target star. The disadvantage is laser driven lightsails are still quite massive, and the amount of laser energy needed to drive the starship is measured in Terrawatts. Building the laser launcher alone is a huge undertaking (usually described as being done by building a ring of solar power satellites and lasers in polar orbit around Mercury), gigantic focusing lenses over a thousand kilometres in diameter in the outer solar system, and then the starship itself.

Since a generation ship is bound to be larger than an exploration starship like the one Froward was proposing, you will need to scale things up considerably. (Realistically, if you can accelerate a ship to the sorts of speeds Forward is considering, then it isn't really a generation ship, but since it may take centuries to build colonies in the new star system, a generation ship sized construct is probably needed as a base to live and work out of until fresh colony space is created. NextBigFuture published an interesting speculation about "Tabby's Star" which suggested an orbiting mirror the size of the Moons orbit around the Earth could power monster lightsails. 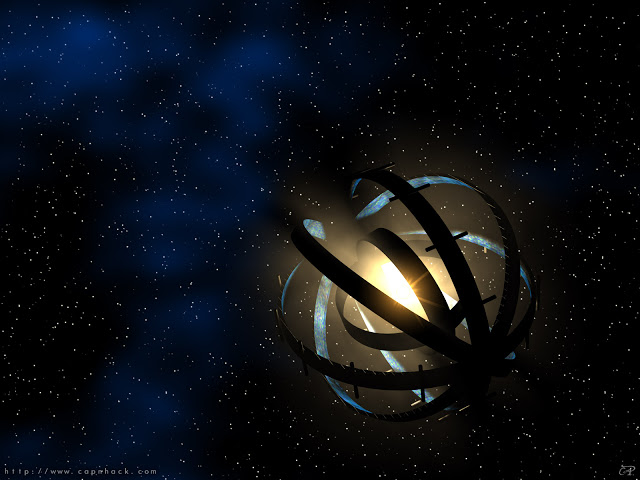 If a lightsail ins't your thing, then maybe a gigantic mass driver could be used to accelerate the starship. Deceleration can be handled by various means including a rocket, magsail or deploying a lightsail to use the target star's energy. Once again. we are talking about a monstrous device. Marshal Savage conceptualized something like this in his book "The Millenial Project", describing a system which stretched across the solar system. One reason to make it so big is to keep acceleration down to a reasonable limit (3g is about the best an unprotected human can withstand, trained pilots with G suits can withstand up to 9g, for sustained acceleration beyond that limit people might have to be immersed in fluid and have all their internal spaces packed with oxygenated fluorocarbons).

Once again, using high initial accelerations allows the ship to cross the interstellar distance in decades rather than centuries, so the advantage to a large ship is as a shelter and workspace on arrival; generations of colonists might need to stay aboard the ship until a colony planet is terraformed.

Whatever you do, a hard-science solution will have a minuscule payload and an astronomical pricetag.

A rocket does accelerate in space. Momentum of hot gas out the back = forward momentum. Change the burn rate and you change the momentum (i.e., accelerate). Also, the mass of the rocket changes as fuel is being burnt, so at a constant burn rate, the rocket accelerates naturally.

Momentum of a closed system is always conserved unless there is external force.

You can accelerate prior to the interstellar portion of the mission. This could be done with booster rockets like many real-world missions, or it could be done with a space tug (which is really just a variation of a booster rocket). You could also get fancy and use some kind of rail-gun setup, with magnets or lasers or whatever mounted to orbiting stations in the departure solar system and each station adds a bit more momentum to the ship.

Whatever method you use, the ship would just drift through space until it reaches its destination. If it's the first ship to arrive, it's probably1 going to have to use one or more rockets to enter planetary orbit and eventually land. Otherwise you don't need to use any major thrust on the way, though, as Michael Kjörling points out, you'd likely want some thrust to make course corrections along the way2. If it's not the first ship to arrive, previous ships could have the same kind of fancy setups to slow the ship down, but those will take a lot of resources to build, and won't likely exist until many ships have arrived and settled into the new star system.

That said, your ship can't have a completely closed setup. EM energy will leak out into space, plus entropy says every time your life cycle loops around, you don't have quite as much extra energy. So you need a power source that will keep the ship warm, feed the plants, etc. for the duration of your trip, although a decent-sized batch of nuclear fuel should suffice depending on the size of the ship and crew.

1 I think you could technically use a giant lightsail to airbrake once you get to the other end, but my gut feeling is there's not enough acceleration there to slow you down from the very high speeds you'd want to traverse interstellar space at. However, the wikipedia article mentions a hypothetical way to propel a spacecraft to the inner Oort cloud (about 0.8 ly from Earth) in 30 years, so similar technology might be used to reach Proxima Centauri (about 4.2 ly from Earth) in a reasonable timeframe using no rockets.

2 Tiny errors in velocity at the beginning of the trip could cause you to miss the other star system entirely if not accounted for. As seen in Brendan's answer to another question, even the moon flights made a couple small course corrections along the way, and that's about 100 million times closer than the nearest star system.

Not the answer you're looking for? Browse other questions tagged science-based science-fiction hard-science .

13
How do I get rid of the Earth or local Solar System?
16
Energy source for a generation ship
19
Runaway Starship Ramps
5
Multi staged relativistic projectile usable in hard sci-fi space combat
9
(Somewhat) Realistic force field
3
How would time dilation affect a fleet moving through a black hole's event horizon?
10
Proper combat distance scaling for a sci-fi space opera tabletop setting
5
What theoretically workable weapons are the best for ship-to-ship combat in space?
15
Decelerating a relativistic, beam-powered starship at its destination without pre-established power-beaming infrastructure at said destination
11
Would interstellar space piracy be possible under these conditions?