We are talking about medieval era.

We have a kingdom that is established on a large desert.

Desert tend have low precipitation and high temperatures, this makes it an inhospitable place to be, but differents civilizations have managed to live in.

They have access to regular metals used in weapon development(iron, steel).

I mean, they are used to fight inside the desert, so when it comes to invading a place which is a grassland, how would they develop their regular tactics?

Most major desert civilizations were historically built up in large, flat flood plains surrounding major rivers, such as the Tigris and Euphrates in Mesopotamia or the Nile River in Egypt. These areas have concentrated regions of high quality farmlands. They have rich, silty soil from regular flooding and can generally be irrigated fairly easily by digging canals. The civilizations themselves tend to be agrarian with dense population centers compared to nomadic cultures or cultures living in areas with lower quality farmlands. While small armies may exist in the hands of nomads in the drier wastelands, big civilizations, and therefore big armies, will be suited for combat in these floodplains.

The floodplains, while differing in character to some extend based on the temperature of the desert, will follow these general characteristics:

Desert armies are going to be set up to take advantage of these features. The Egyptians, the Persians, and the Ottomans all relied heavily on chariot or cavalry formations supported by large blocks of infantry. Large, but generally poor, civilian populations will form the infantry, while the wealthier classes in society will be able to afford horses, and will make up the cavalry. Alternately, the cavalry may be comprised of professional soldiers, such as the Mamluks.

Armament of soldiers will be varied, based on the technological level and individual culture of the civilizations themselves. Generally, though, they won't be significantly different from armies in other environments, aside from the fact that desert soldiers will probably wear some form of head and neck covering for protection from the sun. Different groups of soldiers varied from very light clothing, as was found in the armies of ancient Egypt, to the full body plate army worn by the Mamluks millennia later.

People from deserts did plenty of conquering in history. Infact in the actual middle ages, most of the big conquering took place at the hands of desert or semi-desert dwelling Arabs, Turks, and Mongols.

Examples here. Turbaned helmets provide head-protection against sun and sand as well as arrows and blows. Metal armors are heavy and get hot in the sun, many nomad armies wore quilted, leather, or silk armors.

The bow is the weapon of the nomadic horse-archer. Living in near-desert conditions means living with livestock, not farming. Living with livestock means finding some livestock to ride. When your whole army is riding, you can use mobility to your advantage. Move, shoot, move, don't close with the enemy unless their morale has already been shattered.

Camels, obviously, are great in deserts. But the horse family is actually pretty well desert adapted as well. One of the most famous horse breed is the Arabian, and its quite a stretch to call Arabia a grassland. The Arabian horse is ideally situated for the nomad warrior, having great stamina and not being too big (i.e. not needing to eat and drink alot like the destriers of the West). Plenty of horse-like animals live primarily in the desert like the Khulan or Imperial Zebra.

They would fight...the same! As long as there are open plains, the horse-arching tactics of the nomads will work. The Huns, Avars, and Magyars penetrated as far east as Hungary while raiding into France, the Arabs and Berbers conquered Spain while raiding into..France. The Mughals (Mostly Afghans and Turks) conquered North India and raided into Southern India. The Mongols conquered northern China while still primarily nomadic (by Kublai Khan's day their armies were Sinified), and raided Korea and southern China. While dense forest regions like South India, South China, and European Russia remained unconquered, they were all certainly subjected to slave raiding and tribute. Forest wasn't much of a barrier to well organized nomad armies.

Why would your desert people have them? They live off livestock and livestock gots to move. No time to settle down for cities. A few walled trading posts of a few thousand on strategic trade routes is all that the desert kingdom will get.

In strategic terms, control of the desert means control of water and viable transportation routes. Attackers will need to be highly mobile and capable of moving from oasis to oasis (which, as noted favours cavalry formations mounted on appropriate horses, camels etc.) and generally lightly armed and armoured to achieve speed and mobility.

Defenders will need to be able to fortify and hold oasis and passes through the desert, as well as having the knowledge of the local terrain to prevent being outflanked.

Fighting for control of caravan routes, salt pans (a valuable resource which can be easily mined), watering points and other strategic areas will be the goal of desert warfare. (This was true even in the 20th century. The Arab Israeli wars were decided around key points like the militia pass or the canal running through the "Chinese Farm" in the Sinai Desert, for example).

Logistics will also be difficult. Forces will be spread over a wide area, and concentrating large forces will be both difficult to organize due to poor communications, as well as the sheer difficulty of feeding and watering large forces in the desert. Defenders will be in isolated forts, with limited supplies and perhaps long time lines for any reinforcements to arrive. The classic French foreign legion films are set in a different era, but illustrate the point perfectly. 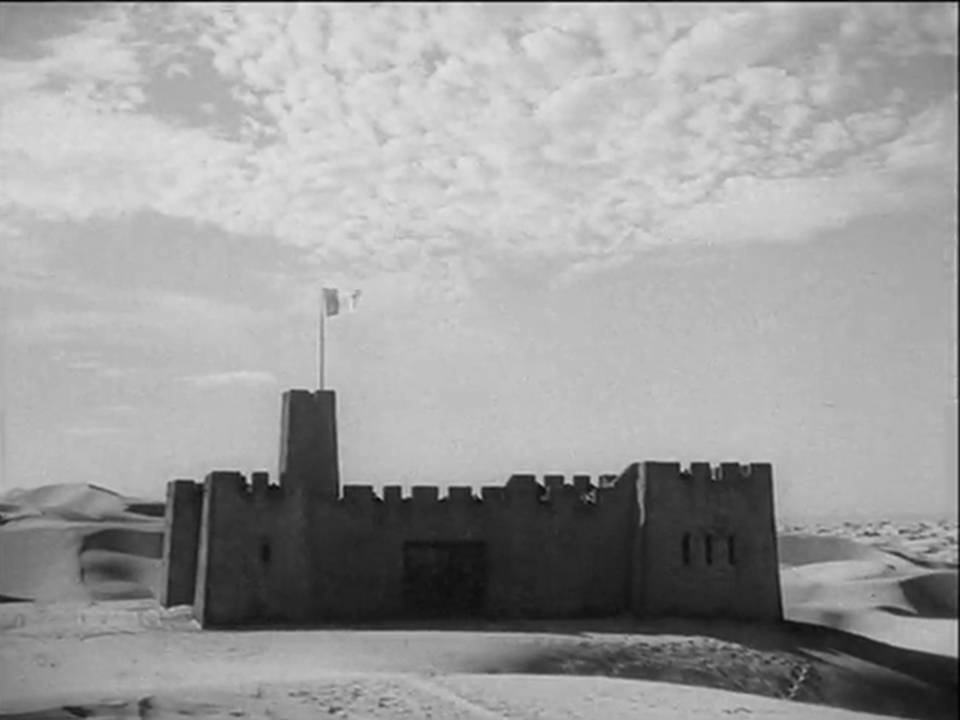 Amour
Seems appropriate to use leather - it'll dry and harden nicely in the desert conditions and it's fairly light. Laminate with soft leather so that impacts aren't likely to break the hard leather too much.

Outside the Desert
Might make sense to make use of guerrilla tactics and go silently on foot, ideally at night.

Defending cities shouldn't be a big issue since your cities will be built around any oases. Anything areas outside the cities wouldn't have any water sources to speak of, which makes things rather difficult for the opposing army.

Not the answer you're looking for? Browse other questions tagged technology warfare or ask your own question.

16
How to fight an Eldritch Abomination
17
Which is a more effective strategic weapon/deterrent in a medieval fantasy world. A flying ship or a super gun or spellarms?
10
Aerial battle of knights riding flying creatures - preferred weapons for the warriors
1
How to prevent allies from acting in an organized manner?
62
What would a medieval war against an aquatic race look like?
5
Is My Historical World Domination Reasonable?