How many Mars sized planets can form and remain stable in the habitable zone of a Sun-like star?

By Mars sized I mean with masses between 0.10 (M⊕) and 0.25 (M⊕), the planets need to have independent orbits around the star. We can assume the habitable zone stretches from 0.70 AU, to 1.5 AU for a typical G type star like the Sun. I don't know if adding a gas giant to the system will cause instabilities, but I think they are important for perturbing comets and other volatiles to terrestrial planets.

Edit: JDługosz suggested double planets are possible. I believe this is true.

So I think 6 are possible. Here's a pic: 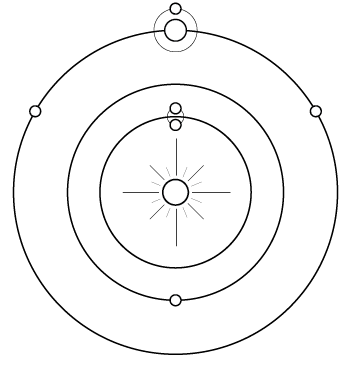 At 1 A.U. is a single Mars sized body. I want to keep this guy small so he doesn't destabilize the super earth trojans.

Speaking of Mars sized moons, that raises the possibility of one of my favorite settings: A Gas Giant In Earth Like Orbit (GIELO) and an Earth Like Moon (ELM). I talk about GIELO and ELM on my ZRVTO post.

Based on the series of essays Building the Ultimate Solar System, one of his “super” systems comes to mind.

3 stable orbits of different radii. Maybe need a wider spacing if we play more tricks, but you can push the far end of the zone by using greenhouse effects.

Each orbit might contain 2 bodies 60° apart, being in each other’s trojen points.

Or, each body might actually be a double planet! So that’s 6 to 12 bodies.

The presence of additional giant planets will mess that up. HopDavid’s variation uses a giant with a habitable moon to get 3 in one orbit, but that means the other orbits can’t share so much and I still worry about the eccentricity being pumped up. So ditch the giant completely and put 2 to 4 Mars bodies in each orbit.

Not the answer you're looking for? Browse other questions tagged planets orbital-mechanics stars habitability .

16
Viability of a mega star system
2
How many habitable planets can I fit into the habitable zone of a Sun-like star and still be stable?

40
Habitable moon of a gas giant: working out the sizes and distances
3
Maximum amount of habitable moons possible around this Jovian planet?
8
What kind of human habitable planets should in put in the goldilock zone?
4
Habitable planet in a multistar system
2
Would the following hypothetical planets in the 61 Cygni binary star system have stable orbits?
3
Can giant planets in the habitable zone have rocky moons?
2
Is it possible to make a stable planetary system like this, and what would the orbits have to be?
3
Is my binary planet realistic?