Is it possible for a civilization to advance beyond 17th century tech without electricity or steam power?

In my world , a race of sea faring half elves now possesses 18th century maritime technology , and 16th century ..... Everything else. Given that they spend most of their time at sea , they lack -

A) Gun powder , since potash is scarce on the open ocean

B) Coal/Wood , with which to generate the steam engine ( Do to their polices on deforestation and lack of mining technology ( and coal near beaches )

C) Electricity , since elves don't like getting struck by lightning

Given these large obstruction to advancement , is it at all possible for such a civilization to advance beyond knights in shining armour and using piddle to brush their teeth?

It's going to be very hard for them to advance as far as knights in shining armour.

They lack resources, not a lot of wood at sea at the best of times and what there is isn't in very good condition. They're going to be spending a lot of time thinking about shipworms and scurvy, and much less time thinking about how to most efficiently weave their wool into cloth. Where do they keep the sheep anyway?

They could be a great trading nation, but even to build their ships they're going to need permanent or semi-permanent land bases and those land bases will be the ultimate home of their advancing technology, not those out to sea.

The shift from seafaring to land based culture could well be traumatic, I can just imagine the reaction of the parents when the son says he's running away to land, to be a shepherd in the dangerous hills where the wolves roam free and you don't have a ship to keep you safe.

Vertical wind turbines would be a start - something capable of producing power from any wind, and low pressure pneumatic technology built around animal hides. With higher pressures and gear-tech you could build primitive azimuth thrusters and and maybe even water jets.

Next level of technology would be better - wind powered hydrofoils for example.

Most of your construction would be wood , with copper and bronze traded with other cultures. You'd need it for cladding, unless you had magic, or some other way to protect wood.

The most obvious use for steam power is transportation. But sail boat are also reasonably efficient.

So, I think your main limitation is actually that you can't make much metal craft without coal or electricity.

That won't prevent you from making plenty of wonderful things

Maybe it's never a problem in a fantasy world, but the prerequisite for the industrial revolution was to get efficient food production (so that farmer make less than 80% of population).

Thru selective breeding and modern organic techniques, you can easily double a 17th century style production. It also works at sea: sea farms are often made of wood 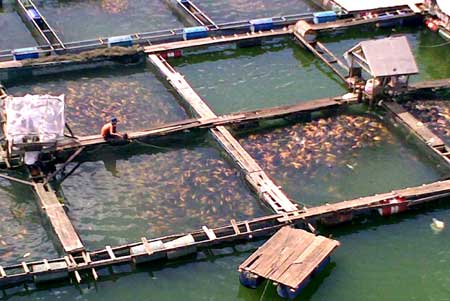 Babage machine was horribly complex and needed steam power to run (except it was so complex it never worked). So was the Z1 despite been a binary machine. However, modern understanding of IT allow much more simple design. The Intel 4004 created in 1971 used only 2300 transistors. You could make a man powered mechanical version of it.

A Curta style calculator would also be a cool artifact. 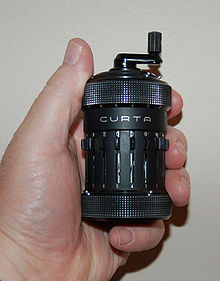 Hey! why not!
You can make glass with a solar furnace (for other use, solar furnace are limited in temperature). The production and use of fiberglass is not very high tech.
Most resins are petrochemical, but the quality of the resin is not very important. All you need is a glue that can stick to glass.

Getting beyond 17th century technology is not that hard. It only took us... a long time.

Anyway, you can have effective 17th century technology without the need of excessive wood (lets say a fixed quantity of wood or similarly rigid material (I like the Fibreglass idea mentioned by @Madlozoz), not greater than that that is required to build your ship, and not consumed in the process of use. (so you're not relying on "wood * x = power")

You have a couple of really good options when you're at sea. You can have a tidal piston, Create a Moon-pool in the center of the ship, with walls that terminate above the waterline (preferably with a bit of margin to spare). When your ship moves through the water, the water in the moon pool acts as an air pump. You can harvest the effect to generate a reasonable amount of energy while in transit (and even when stationary in turbid waters). (I'll come back to 'energy in a moment').

Another option is the use of the traditional Windmill (woohoo for windmills). I would be tempted to say 'replace the mainsail with a windmill' but that would ruin the aesthetics. Regardless, a windmill will work when anchored, and when you're not anchored, it will still work, just not as effectively.

Coming back to "energy", we should not mistake "energy" for "electricity". Energy is simply the available force that we can exert on something. Your bigger problem is the ability to store and release energy. Compressing gas is a pretty big ask for pre 17th century technology. And in your works Metal springs are probably a bit of a stretch... You might be able to use a Gravity Battery, hang a couple of heavy weights over the edge of your ship (Has the added advantage of increasing your ships stability (Drogue stones)).

If you don't mind a little of that electric tingle, you could split water into hydrogen and oxygen. (That would explain the elves squeaky voices, those hydrogen addicts (and long lives being in a rich oxygen environment)). Burning the hydrogen would give you a real kick, it's Hydrocarbon's without the carbons.

Once you have your method of Storing the energy, now you need a method for utilizing it. Lets go with the Gravity battery, because Elves don't like electricity. If you run a simple axel down the length of the ship, stem to stern. You could attach your gravity battery to it using ropes (very primitive but exactly exactly the same as how an early ships rudder was roped up to the tiller, many loops around the axle from the gravity battery and you have converted your Potential Energy into Rotational Energy (The most useful pre silicon age form of energy (IMHO)). Pretty simple clutch mechanisms can be used to couple/decouple machines from the energy supply.

Now I know the tangent I went on is a little focused on 'create, store and use energy' but that's because technological advancement is very closely coupled to the amount of energy that a person is able to harness and use.

20
How do elves make their way into the modern age?

18
How long can a power plant continue to generate electricity without maintenance by people?
12
How can my ancient Roman civilization develop effective steam power for use in ships?
4
Could a technologically advanced civilization be possible without digital computers?
2
Civilization on an Earth-like planet without using waterways for transport
12
Is it possible to build an escalator without iron, with 16th century technology?
4
Thermal power sources - future tech alternative to steam
4
What is the feasibility of a polar civilization using auroras for power?
5
Lowest tech level for a civilization to widely produce fake meat