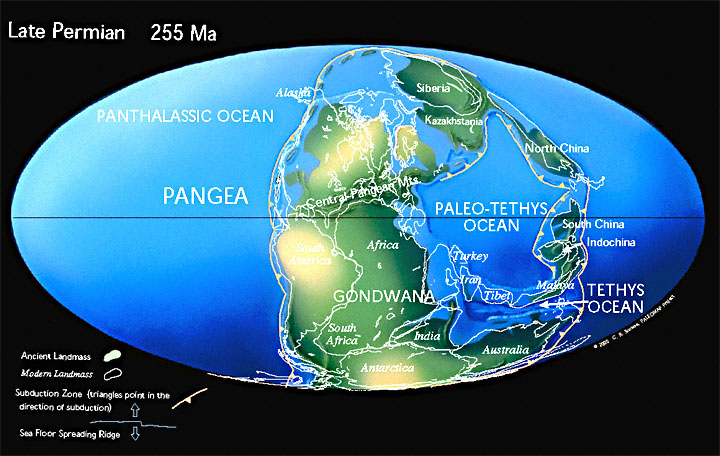 As you can see, (nearly) all of the continents had joined together to create one massive landmass called Pangaea. To the sharp eye, there was only one major mountain range at the time.

Now this is the map of a Permian from an alternate Earth, from 250 to 200 million years ago: 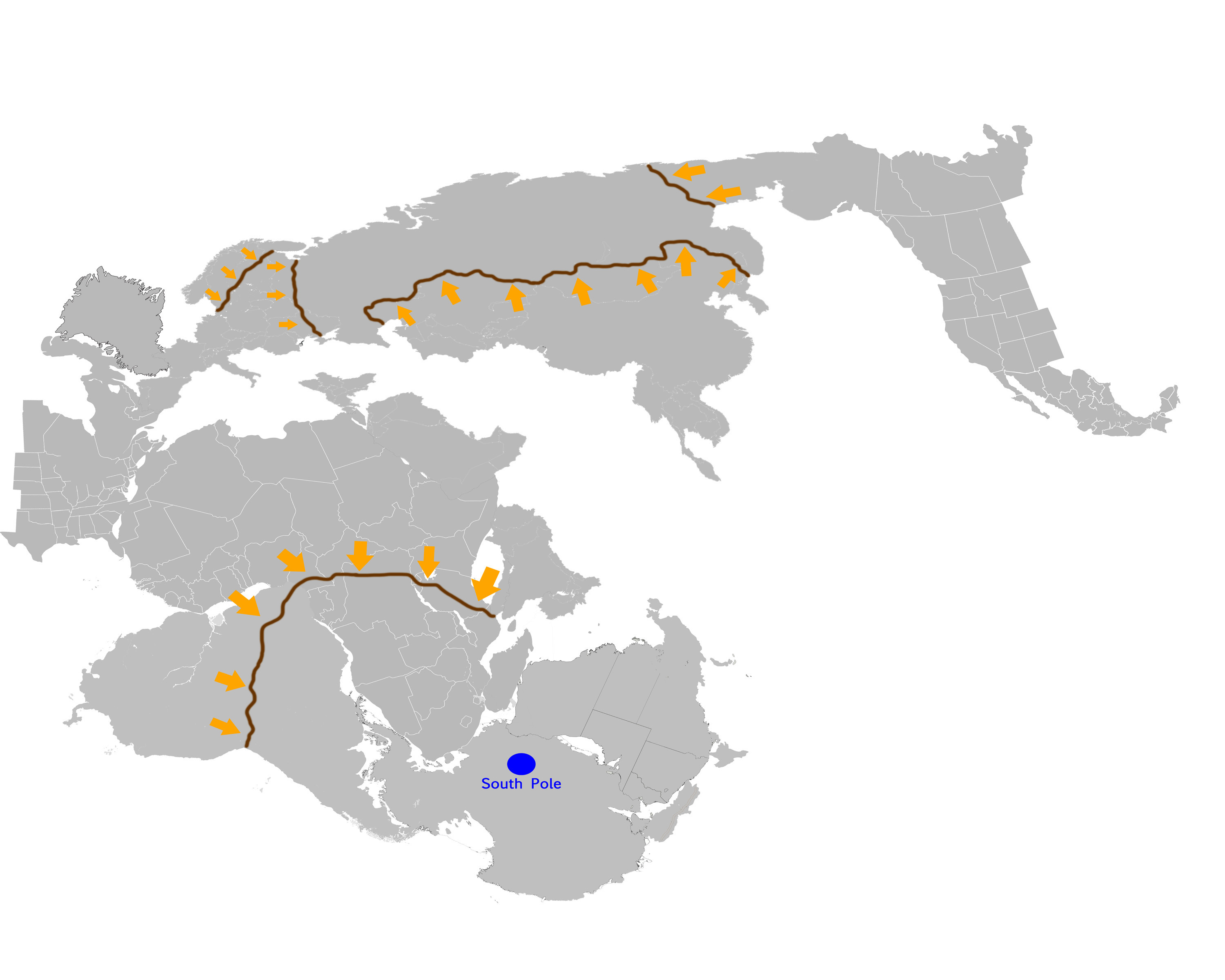 The brown lines presented in the map are mountain ranges varying in height above sea level from 23,000 feet to 33,500 feet. The orange arrows are the directions in which the landmasses were moving which resulted in the mountain-building. The blue circle is, of course, the South Geographic Pole.

The simple questions are as follows:

Not the answer you're looking for? Browse other questions tagged science-based climate geography alternate-history geology or ask your own question.

3
If Tibet Could Do It, Should Other Plateaus?
3
Russia's Alternate Geological History
5
The Bering Land Bridge--Open For PERMANENT Business
5
Antarctic Climate on Greenhouse Earth
5
Starting with a map of current landforms, how can I write the geographic history of my planet?
5
How Would a Continental Landmass Sink?