Suppose a species of carnivores had evolved to the point of human-like sapience. How different would their society be in comparison to human society, in terms of agriculture (if any), food production, economy, and how large the population could grow without exhausting their food supply?

For sake of simplicity, assume that (A) they are obligate carnivores instead of facultative carnivores, (B) that they develop a moral code similar to that of humans, and (C) that they will have the capacity to advance beyond primitive tribes.

Before asking such questions, you should provide as much information about the physiology of your species as possible. Even tiny differences can be very important. Obligate carnivores include species as diverse as tarsiers and lions! That being said, I will offer some guesses.

Your people have no direct incentive to discover agriculture. Though it has recently been disputed, it has long been assumed that settlement was mainly driven by the discovery of agriculture. If we subscribe to this theory, your people may never form an urban culture. They might favour smaller social groups, even very small ones. Other cultural aspects intimately tied to settlement will also be impacted. I am especially thinking about stone architecture and sophisticated professional specialisation.

If your typical community never exceeded a certain size, every one will be an allrounder. Technical skills might advance much slower than in our history. That of course only applies on average. Such a society should experience industrialisation much later than ours. Due to the lesser degree of specialisation, it might also feature less trade, but that effect might be balanced by a migratory life style, i.e. going from place to place one always finds some good that is rare elsewhere.

If you reduce industry and possibly trade your interest in financial services should be minimal. Even money might come up late, not to speak of banks.

Of course, your people might discover agriculture as a way to feed domestic animals. Yet I think it's bound to happen much later than in our society. Unless you introduce special dependencies upon a herbivore (extreme example: symbiosis)!

Alternatively, settlement might arise from the need for defensibility. Either against other predators, or hostile groups from the same species (see last point). If you make your species weaker you give it incentive to form groups, settlements or alliances with other species, thus softening many aspects of the above description. Weakness is clearly relative! Think of the Krogan on their dangerous home world.

Given number one, and assuming a difference in phenotypes similar to humans, where one gender makes better hunters, the other gender is expected to occupy a significantly lower position and be strongly dependent upon the first. Harems are thus likely. Of course gender might not affect hunting prowess. Lionesses are fabulous hunters. You have given us too little information.

It is inefficient to convert plants to meat and then eat them. Assuming roughly human physiology, your people will need more land per capita. This, like the first point, suggests smaller groups.

If your people are dependent upon nobody but their hunting partners, they might well be indifferent towards random members of the species and hostilities might be especially pronounced. Even the likelihood of cannibalism might be higher. If the social development happens to take this path, warrior archetypes will gain prestige along with hunters. Religions will, when they form, reflect those preferences. We should not expect to see harvest gods and gods of fertility will also be of secondary importance.

I haven't been able to find quantitative information on this one, but it seems to me like pack hunters have especially pronounced hierarchical structures. If the environment on your planet forces your species to hunt in packs for most of its history, later social structure will be influenced by that and remain strongly hierarchical. Fights within packs for the alpha position are likely. In advanced societies they may take the form of competitions.

What you describe in your question looks very close to a human society, with the difference that people just eat meat and that they evolved from carnivores instead of primates.

Then the most simple answer is that such a human-like society would evolve to produce meat in the most efficient way (just as our human societies evolved to produce our mixed origen food as efficiently as possible), and the obvious way to produce food is husbandry. Then the main difference we could expect is that all available land would be used to produce food for domestic animals to produce meat. Since feeding animals with edible plants to get meat is a lot less efficient than just eat the edible plants, we could expect population to be lower than in our world - I would say 5 to 10 times lower, since that is the range for efficiency ratio usually given.

Hunting could have been the most important way to get food in past times just as humans were hunter-gatherers for millennia but in a historical stage similar to ours hunting should be as marginal as a way of life as hunter-gathering is for present day humans.

There are few human societies, where people have to be carnivores - because agriculture is nearly impossible, only hunting, gathering and fishing. For example, Chukchi people. 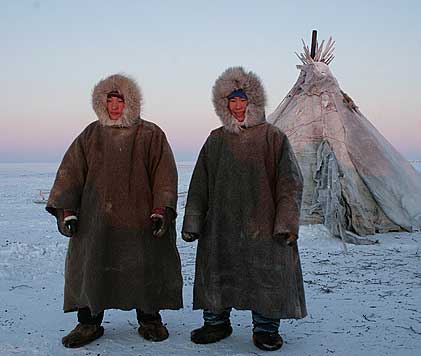 I think you can model your society on existent human societies that live in polar regions. Shortly, they count people from southern regions who perform agriculture as lesser beings, and themselves - as apex predators and pinnacle of evolution.

violence would be likely be less of a problem, social animals with deadly biological weapons usually evolve showy ritual like non-violent fighting because it's too easy to kill each other.
expect eating to be more ritualized, eating order is important to predators.

otherwise not that much different than omnivores. Morals would not be that different assuming they are K strategists.Although they would be far more likely to have an estrus period unlike humans.

Contrary to what many people think, we humans actually have more in common with the digestive system of a lion than we do of a deer (or even a bear).

It is possible that a carnivorous race would also eat things besides meats. In the wild here on Earth, wolves, for example, actually eat berries and fruit. And researchers have learned that wolves can eat plants, although they can't eat just plants forever. They have to consume meat for proteins.

If they are feline, then they can eat some plants, but they have to have meat in their diets as cats get essential proteins and vitamins from meat: http://feline-nutrition.org/answers/answers-what-exactly-is-an-qobligate-carnivoreq

In other words, it depends on whether they are an obligate carnivore or not, however, in your question you say they are.

It is also possible that deities of hunting would hold high importance in such a society as well as deities of life, since if there is a drought or famine, then the people would believe that the god of life was angry or sick.

Hunting trophies would hold great significance in this society as it would bring great honor to the possessors of such trophies. Another key thing that is possible is that the society would be highly spiritual believing in the importance of life. This might be confusing but if you take a look at certain societies and cultures in history (Native American cultures for example), a society of hunters may actually give respect to the life of others, making the murder of another sentient being a serious crime (unless done in self-defense). Of course, it might be difficult to explain to a society of obligate carnivores that their prey are sentient!

They would start as nomadic hunters but as soon as they figure out that meats can be dried and stored for future use, a carnivore variety of agriculture revolution would begin. More efficient mechanisms for drying and long term storage of meats would be devised which would result in more specialized occupations and eventually settlements. People in the properly maintained settlements would be well fed and safe.

After that, it's a slow but definite tread towards villages, towns, cities, newer discoveries/inventions and so on. Not very different from our world but with lower population density, and therefore lower total population size.

I can see a carnivore society initially developing similarly to Mongols or Native Americans, with a nomadic culture and most food being dried or freshly caught. There would be two different outlooks on religion, with one being religions that suppress hostile urges and the other glorifying them. However, with no knowledge of the terrain they live in this is very difficult. Here are three different scenarios.

Jungle-Prey is abundant, and as a result animal husbandry is never really a thing. Since many jungle creatures are deadly, they build great stone ziggurats housing entire tribes

Plains-Prey is abundant, but not overflowing. They build a society of villages and hordes of horsemen, with possible Romanesque features. Basically medieval England plus Mongols plus Rome.

Not the answer you're looking for? Browse other questions tagged society economy survival food livestock or ask your own question.

30
What efficiencies make a realistic food chain?
16
In obligate carnivores, can I have animal husbandry (livestock-keeping) without farming ever developing?
22
How much land area do my land-based animals (herbivores) need for food?
6
What tweaks could be made to a society of intelligent hypercarnivores to allow them to compete with agrarian societies?

10
What would be the major body changes if we were obligate carnivores?
32
What would poverty be like if there was an infinite supply of food?
5
What would a society forbidding cryptography look like?
6
How would society look if it was entirely dependent on a particular group of people?
34
What kind of society and morals would an alien species evolved from solitary carnivores have?
16
In obligate carnivores, can I have animal husbandry (livestock-keeping) without farming ever developing?
38
How would a society isolated by monster attacks get food?
1
What kind of animals can be raised like cows?