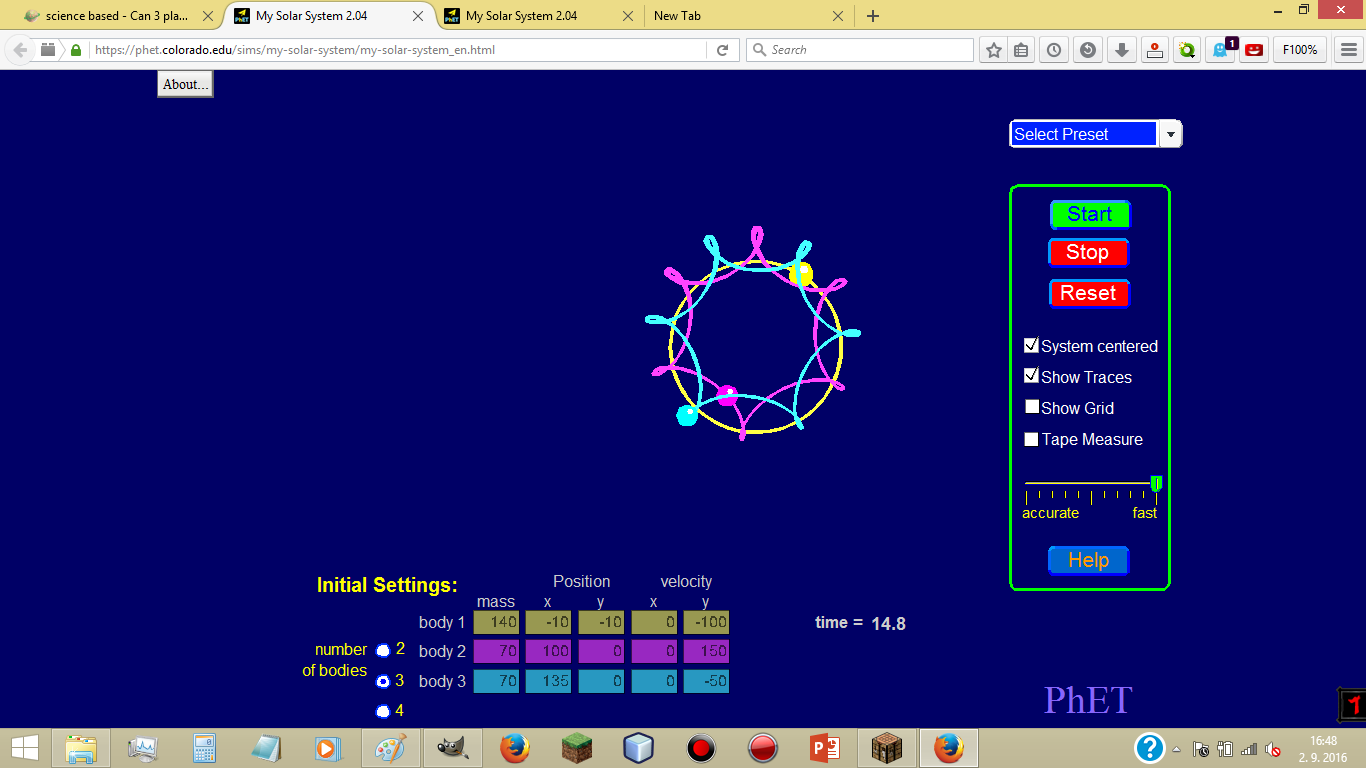 Not the answer you're looking for? Browse other questions tagged science-based reality-check planets orbital-mechanics .

12
Could planets switch orbits like Janus?
6
Two orbits, Four habitable planets in the goldilocks zone?
0
Could planets be at relative rest with respect to each other (in a game universe)?
6
Energy costs of giving Mars and Venus moons: moving gas giant moons vs. capturing a rogue planet?
3
Are my planets too close together?
10
Dozens of Habitable Worlds in One System?
1
Can a planet be in spin-orbit resonance with its parent and in resonance with other planets at the same time?
4
Can two stars be near each other?
2
How big can a (human) habitable planet be while having around x0.7 the surface gravity of earth?
2
How many co-orbital Earths can we fit and NOT get them tidally locked?