Is a Large Fish Club a Feasible weapon?

Fish. They are big(depends), heavy(depends) and bony(depends) and some of us(humanity) seem to enjoy having them as weapons that replace giant broadswords and steel clubs.

On paper, they are not much different from a Club except being a bit floppy and wet. However would they be usable as weapons? What can be done to allow them to be used as a weapon?

Obviously not against Guns and I can't imagine an army of soldiers equipped with large Tunas. 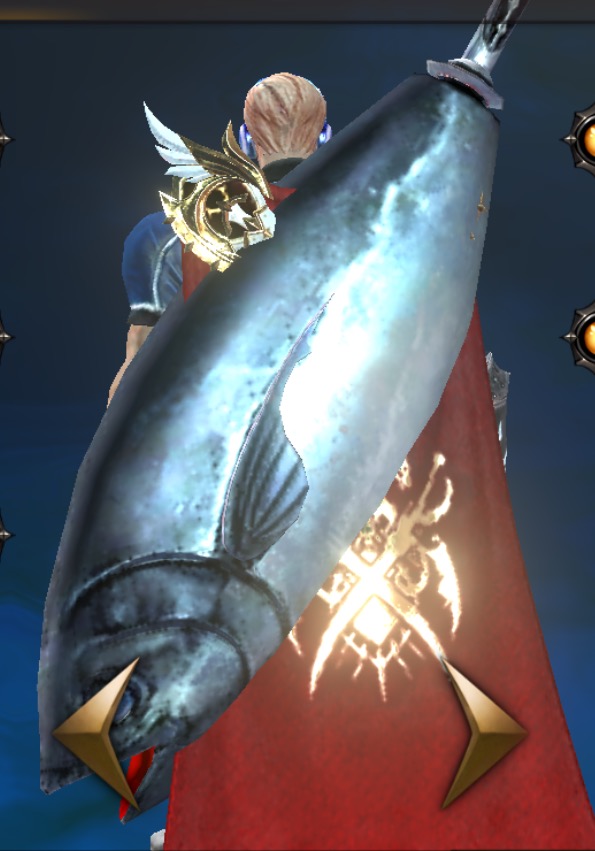 They are more than "a bit floppy" and "a bit wet" - they are quite slippery.

They also degrade very quickly. 20 hits with your fish club turns it into a pile of mush, whereas 20 hits with a wooden club doesn't affect the club at all. Not to mention that they are perishable, and you'll need a fresh fish at least once a day.

To turn a fish into a club, you'd need to run a sturdy handle into the fish, freeze the thing solid, and then somehow keep it frozen while in battle.

Fish as a club-like weapon?

No. Just no. You already have two answers which make this clear.

Fish as a weapon at all?

Perhaps you could trick them (I leave to the reader how to trick them) into eating some fugu. This is that puffer fish variety that if very carefully prepared by an expert chef who trains for years, is considered a delicacy. Do it just slightly wrong and one bite can kill 30 men. So of course, let your newbies prepare the enemy's fugu.

Ah, but your enemy is not so easily tricked. Well, you could very carefully hurl Lion Fish and Rock Fish at them. However, this might not be enough in an all-out combat situation. As National Geographic tells us, “It [the venom] won’t kill you, but it’ll make you wish you were dead”.

You want your enemy all dead, not just wishing dead. One last try then. Take the parts of the fish and re-purpose them. Real-world primitive peoples have used shark teeth, bones (including fish bones), and swordfish bills as components of tools and weapons for thousands of years. This bends your rules quite a bit, but it's the only feasible chance you've got.

In addition to what John Feltz has said about fish being structurally unsound weapons, a club that size would be too massive and unwieldy to be used as a weapon.

Large salmon can weigh upwards of 100 lbs and are smaller than the weaponized tuna in the photo. Something that heavy is difficult to lift and neigh impossible to swing around. That is assuming the object is engineered for easy lifting which a club isn't.

6
Question about non-lethal weapon for large number of people
5
Weapon concept, vortex cannon
1
Weapon Control Over a large area?
55
Are gunswords feasible?
4
How feasible would this weapon design be in the medieval era?
36
How practical would a zombie horde actually be in medieval setting
4
What are some practical weapons for slaying monsters?