The concept of concealed carry of weapons has been with us since ancient (prehistoric, even?) times, and is a common trope in medieval-fantasy universes as well. Characters in various stories have used a wide variety of means of concealment, and there are several common tropes surrounding placement of concealed small blades; however, it is not touched on how effective these tropes actually would be.

So, what are the pros and cons of the various places on one’s body one could conceal a dagger of modest size (blade of 10–15 cm minimum, total length 30 cm max)?

Assume this is a mid-to-late medieval fantasy setting — thin blades are forgeable, but gunpowder is but an alchemical curiosity as elemental sulfur and/or saltpetre/nitre aren’t available in the quantities needed to make it useful. Also, the wearer is only needing to evade casual searches, not a determined “find-the-hidden-dagger” effort.

Last but not least — you can consider three different concealed-carry applications: 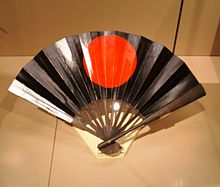 Artificial limbs make excellent hiding places. I've seen historical exhibits of wooden legs that had hollows inside of them.

The best recommendation I can think of is to see what modern clothing is doing with cell phones -- extra pockets, hidden folds, under arm and belt holsters... Cell phones are about the same size as daggers, the person needs to have them in all the cases you listed, and there are plenty of times when they need/want to be smuggled into somewhere.

I thought there was an accepted answer already for this question, but I see now that there isn't. So, what's the best way to carry a weapon unobtrusively in the mid-late Medieval period? The answer is surprisingly simple:

Unlike today, people in the medieval routinely carry knives everywhere with them. Knives weren't weapons per se, although they could certainly have been used that way. The reason was that knives were versatile tools. You can use it to eat, open crates/packages, cut stuff, pry stuff loose, dig (somewhat), etc. etc. As such seeing a merchant, or a commoner, or even a nobleman walk around with a knife sheathed on their belts were very common and would not attract attention. An assassin wishing to assassinate someone would be much better off using this because: a) It doesn't attract attention (unlike something very specialized like a thrust dagger) and b) The wound it causes is so common that (with medieval technology) Camelot CSI couldn't begin to tell you which specific knife caused this specific wound.

I suppose for ladies there were always the 'bosom knife' or 'bosom dagger', which were knives/daggers concealed in the..well..bosom to be pulled out in case some inbred noble decided to get fresh.

A belt. An ornamental belt buckle could hold a small dagger or punch dagger, that wouldn't be removable without unlatching it. This would be a simple stabby weapon.

For the more skilled martial artist - something like an urumi, I can't find a decent photo of a regular version but here's a video of them in use, while they need an expert to use, they're flexible and might be hidable in a belt. A short version might be usable as part of a corset or stay, or as part of a design of a purse.

A sheathed thin wire garotte might be a reasonable weapon as well, could be used to tie down hair, and be used to ensnare limbs.

Trained attack squirrels. Adorable pets. Then they go for the nuts.

A folding blade would probably be impractical. It will be more fragile than a fixed blade, and without a spring mechanism it will be slow to use. That means a fixed knife. The length of the handle will add to the length of the blade.

Hiding either one against a determined, hands-on search will be impossible. At best, your character can hide it from a visual inspection.

The answer depends very much on the clothes and fashion of the people in this world. Generally the larger and more fluffy clothes the easier it is to conceal something. If the fashion is the same in your world as it was in medieval Europe the clothes would often be tighter trousers or breeches and more loose and larger jackets or doublets. I would suggest you do some image searching on 15th or 16th century clothing and look for good places in the clothing to hide your dagger.

Places I would recommend for men: - In the boots, if the boots are tall. - At the hip, if the blade is short and flat, and the person is wearing fluffy pantalons. - Vertical on his back with point up or diagonally upwards, if his wearing a cloak or a mantel.

Places I would recommend for women: - Inner calf if wearing a long dress (easier to draw from then thigh). - Under (or in) her hair and veil, if the blade is shorter.

As I said it is entirely dependent on the clothes, but something to keep in mind is that in a situation where people generally don't carry weapons (e.g. after being searched at the entrance to a ball or the like) a small weapon is as deadly as a large one.

Let's start with the easy one - the lady. Hair pins, necklace dagger, anything hidden around or in the bust area. Umbrella rapier, purse dagger, etc., etc. A woman has so many places to hide something. The most effective locations will be those on the outside of the clothing, like the hair pin.

For men - thug or gentleman, the best concealed location is right out in the open. Consider the tactical pen. It looks like a standard ball point, but is hardened steel casing for quick retrieval and stabbing. I sincerely doubt a ball point pen will be common place, so it would have to be something else that is - a belt buckle for instance or a cane.

A thug might have a beer stein with a removable handle or leather wristbands.

A gentleman might carry a book - easy to hide something in there - or a satchel.

nearly every place on the body is an option, the back between the shoulder blades, under the arm in the small of the back, on the forearm, on the upper arm, the belly , on or inside belts, inside girdles and sashes, the crotch, inside and outside the thigh, the shin or calf, inside the side of a boot, inside the heel of a boot.

Then there are the off the body options blades have been hidden in all sorts of objects: umbrellas, brushes, makeup and sniff tins, canes, buckles, jewelry, candles, lanterns, hats, even inside food and drink. but consider that you were expected to defend yourself and carry a weapon in most societies, plus you needed a knife for everything and it was often the only eating utensil so not carrying one was weird. If anything Not carrying a knife openly might make people suspicious of you, after all they knew you had one so why were you hiding it? so consider having a open carry weapon and making concealed ones back ups.

a merchant in bandit country is likely going to have a weapon openly carried and available, a belt knife at least, why hide it? Plus merchants often wore layers of clothing and would have to carry a money purse and scales so hiding things is easy. Consider a jambiya, they were popular in the middle east for both the one handed draw and being unobtrusive.

As for your lady consider a purse knife or sash knife also remember you were expected to bring your own utensils to meals (they were not provided) so even to a dinner party she would still be expected to have a knife.
As for your thug unless he is in prison he would be allowed a knife, it might be partially hidden by putting it inside the belt instead of on top but that's about it. A thug would likely have little more than simple pants and tunic which does not provide many hiding places so he might be stuck with the boot knife if he has to hide something.

11
How would the rules for carry and use of weapons be affected by reliable stun guns?
8
Pros and Cons of Alternative Food Chain Bases
3
Is a Biological whip a practical weapon? Pros and Cons?
6
What are the military pros and cons of a low gravity world vs a high gravity one?
6
What are the economic pros and cons of colonizing a low gravity world vs a high gravity one?
29
Would dual wielding daggers be a viable choice for a covert bodyguard?
10
Can a horse-sized flying creature grab and carry a human's weight while flying?
12
What's the safest way to carry and throw marble sized high-explosive grenades?
27
Bow types and their pros and cons
3
Replacing heavy cranes with airships for alien city building? Pros/cons?