Den Den Mushi are snails used for communication in the One Piece universe.

I'm pretty sure trying to make it exactly as in One Piece would be absurd, but here's what a Den Den Mushi should be (imho) in order to be able to be considered so:

How could a Den Den Mushi do so and how would it evolve to be such a curious creature? 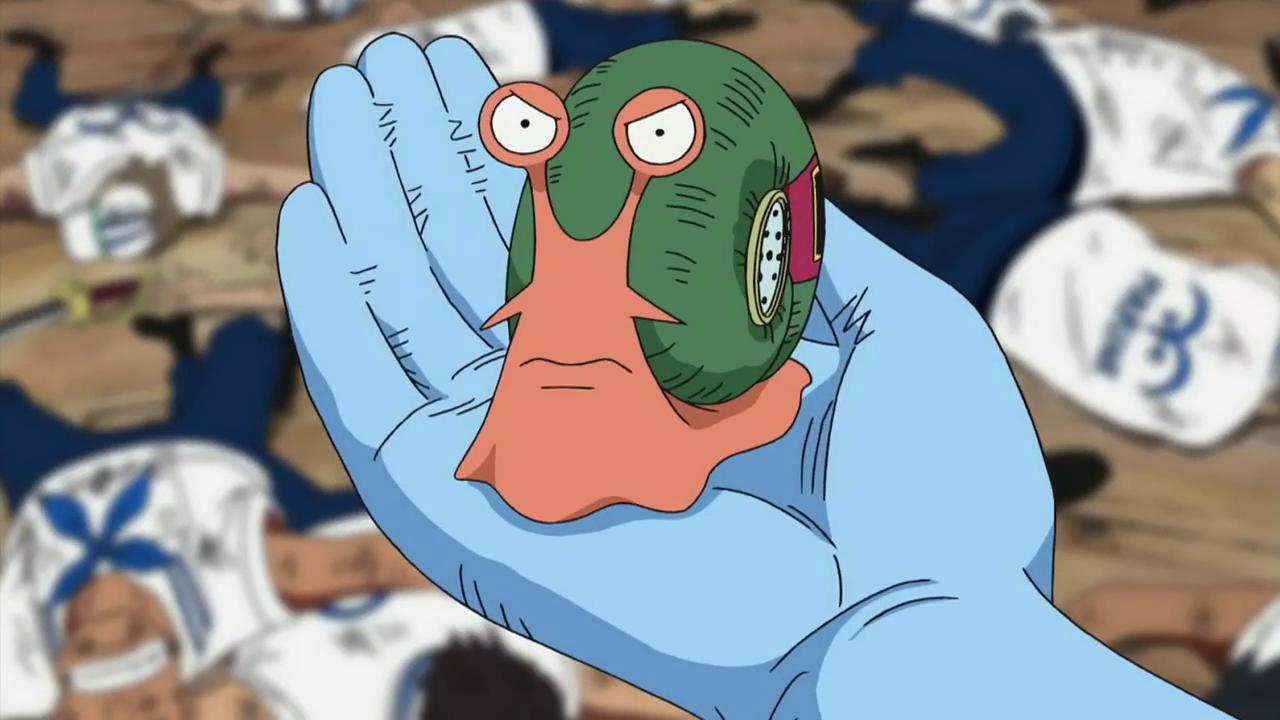 The Den Den Mushi communicate with each other via telepathic radio waves. This is, alone, a way of the species communicating internally.

As noted in the series by Franky, people take advantage of their curious ability to communicate by attaching the basic parts of what is essentially a phone to them, in order to facilitate long distance communication. This could also be how they choose who to contact. If the installed devices give a specific signal, it wouldn't be hard to pick up that signal over others.

It has been demonstrated that this does have a limit, as seen with the video Den Den Mushi having a weak signal on island far out during the a Navy broadcast.

As for how they evolved to attain this power, it can be assumed that they have some sort of electrical signal within them. Over time this signal likely became stronger and began to emit radio waves. Even farther along, they learned to communicate along those radio waves to one another.

Sorry if this doesn't 100% answer your question, but it's all of the details I can think of off hand.