Tunes to hum to identify other travellers from Earth on parallel worlds?

An English speaking person has accidentally fallen through to a parallel world and is now stuck there with no hope of return. English and other Earth-native languages are not spoken there.

As they continue to survive and (eventually) thrive in this new country, they begin to suspect that there may be other people from our world hidden within society: iPods, t-shirts and a few books in English have appeared at markets or as curiosities on display. They didn't bring them, but maybe someone else did.

They have come up with the idea of humming or whistling popular tunes as a low-risk identification method. Which brings me to my question: which songs should they hum to be noticed by the broadest range of fellow travelers from Earth?

The country they find themselves in is Tudor-ish in terms of technology, is very wary of 'foreign spies' and has a whole bunch of superstitions around magic. This makes speaking or writing a foreign tongue risky: you can be arrested for being a spy, hounded by a mob for 'spell craft' or thought of as mad.

The tunes should aim to reach a broad a range of potential travelers from Earth, so limiting it to popular tunes within a country (eg national anthems) will potentially find less people than something more widely known.

So three songs come to mind.

The ABC song, Baa Baa Black Sheep, and Twinkle Twinkle Little Star. Why? They're all widely known, often taught to children from a young age...

...And they're the exact same tune.

Baring that there's possibly the most widely sung song over the last hundred years, Happy Birthday, or the record holder for the most played song, It's a Small World.

Of course all of these are Western biased (although they include many Western cultures who's primary language isn't English). Unfortunately, there's no one tune that is widely known in the West, India, and China, meaning one tune won't work globally.

However since we have the west down, let's tackle China and India, shall we? If we do, we should have a fair portion of the population covered and then we're playing a favorable game of statistics.

For China, as best as I can research, Song of Four Seasons is the most widely known song across Chinese subcultures, and has historic stake so if you meet a traveler from a slightly more historic period he or she is still likely to know the song. Give a listen to the song here.

Indian music is a little different. I can't hunt down the most well known tune, but (as a Westerner) it has a very distinctive nature to it. Hearing Indian music I almost always known it's immediately Indian, even if I can't put a name to it. Why does this matter? Because even as somebody not of that culture, I have a decent chance of recognizing the tune as Indian if I heard it hummed. I'd only assume somebody actually from India would recognize the tune of their homeland. Don't believe me? Try this song from the middle.

Well there you go. You have China covered (1.4 billion), the West covered (seems to be about 1.5 billion), and India covered (1.2 billion). That's over 4 billion of our ~7.1 billion planet. If you alternate between these, you'll statistically likely come across another Earthling.

Anything from Disney, particularly their cartoon movies/ animated features. But it would have to be a snippet short enough not to draw attention to itself, but long enough to be not only recognizable.

Tunes (notice that tunes that have been spread by multinational advertisements are going to be far more universal!):

You may also want to consider non-audible signals:

Actually, I think the national anthems of widely militarily, colonially and diplomatically involved nations may be the best choice. Some countries national anthems are broadly recognized by just a few bars.

So I would use:

This should give you recognition for most everyone in north and south America, all of Europe, most of Africa, and southern Asia at least.

Alternately, go with a movie that has a recognizable score and has been translated into the most languages and was popular in virtually every region of the world. Seemed like a tall order. My only real contender turns out the be the original Star War's (A New Hope). Whistling the main theme or Vaders Theme ought to do trick.

I keep coming back to the Beatle's. The yellow submarine in particular, and Elvis. Maybe more his physical impression.

I know you don't want western specific, but some western music stars have a huge, absolutely huge following in India, China, and Asia. Karaoke, impersonators.role-playing, comic con. Didn't the prime minister of Japan pop out of a Mario pipe is cosplay outfit at the Olympic closing ceremony in Rio? They know the words of the songs, they know the tune. They might not know exactly what they singing but they know a good beat when they hear it.

Whistling 'we all live in a yellow submarine' while walking down the street is hardly to draw attention. Unless whistling is a sign of the devil, as I have been told by one old Jamaican lady.

Giving an Elvis impression while saying 'thank you, thank you very much' will raise eyebrows but hardly call the mob on you. Arnie's 'I'll be back!' is sure to be understood by anyone from the last 30 years even if they have never watched the terminator movies.

'and Elvis HAS left the building' might be a bit too western specific without some catchphrase action.

You could also probably use popular movie movement's, like John Travolta's Saturday night dance stance. Or, cultural dances themselves. Ie, while I may not be able to imitate more than a very generic Indian music tune, I sure can imitate a Bollywood dance move!

I think the problem with national anthems and nursery rhymes, is quite a few of them are based on very old tunes. So while it may be a parallel world, surely they would have some shared history. 'god save the king/queen' is quite likely the UK national anthem in quite a few parallel world's. 'mary had a little lamb' or 'row row your boat' is so ancient it's almost prehistoric. Parallel world's are bound to know a few of them. Maybe not with those words, but the tune itself.

Your other world jumpers have ipods and the shirts so you are not talking about people from a very long time in the past. Use something popular, from your time period. Humans are addicted to entertainment. Not many of them will acknowledge it, but they all have a guilty pleasure listening to that extremely overplayed popular boy/girl band. So popular that it transcends cultural barriers!

Perhaps the bet thing to use would be an advertising jingle from a global company, This would cut across many language and cultural barriers, since the parent company s establishing a global presence and a global branding. You want people to recognize your brand wherever they go.

Perhaps the number one most widely recognized global advertising jingle would be "It's the Real Thing" from Coca Cola. As an advertising jingle, it is only a few bars long, so your traveller does not have to stand on the corner and whistle or hum a long or complex tune to identify themselves, and the countersign is equally short (just whistle back "It's the Real Thing").

This could be taken to the next level as well. Depending on how adept the person is, they might try to recreate Coca Cola (or at least some simulation) and market it. Only people in the know would understand the meaning of the iconic wasp waisted bottle, cursive script name or even the dark coloured, fizzy liquid within. 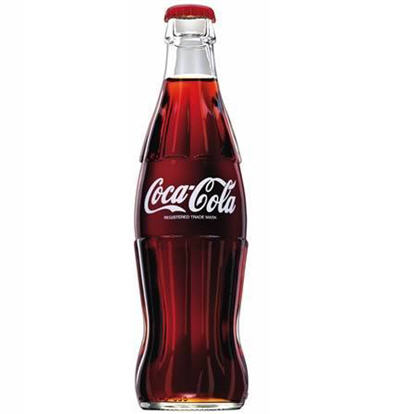 The wolf whistle seems to be universally known around the planet.
Maybe not a younger generation item but still has been known world wide is Whistling shave and a haircut (reply whistling 5 cents).

Not the answer you're looking for? Browse other questions tagged society communication medieval-europe music or ask your own question.