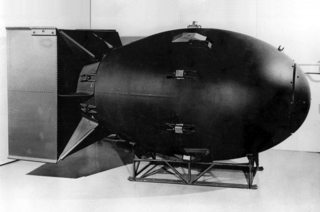 2
Stopping tornado with missiles?
4
How accurately can Nuclear Missiles be tracked?
8
Effect and "mitigation" of missiles in space
23
How long would it take to nuke an alien spaceship in orbit?
8
A possible solution to stealth in space
5
Feasibility of (very?) low altitude ground attack aircraft
7
How could the sword be a viable weapon against modern technology, with the advantage of science-based superpowers?
4
Could missiles replace guns at the personal level?
3
What are some reasons that guided munitions are impractical in my world?