I am trying to establish a few guidelines for a story I recently started jotting down, based in a seafaring city-state. The setting is a fantasy world and I would like to have some degree of realism in how they go from year 0 when the first settlers land on my island in a primitive canoe to year 4000 when they build ships that have a crew of hundreds and use sails as primary propulsion method.

Being ignorant in the matter I looked up the maritime history of the world and tried to sum it up in the following timeline.

Is this realistic compared to real history examples? Furthermore, which distances from other islands / the mainland would render the timeline of exploration believable? If the timeline is too short I would rather start from a more advanced technology as it makes the most sense for my other assumptions in the development of the city.

The timeline sounds feasible. I'm more worried about the reason for development at all.

If they are completely isolated, say like the Hawaiian/new Zealand islands. They could exist as a culture in a static state for thousands of years. Why change something that works.

What you definitely need is to be relatively close enough to your other islands and mainland to develop trade and conflict. That's the two main reasons why boats need to be designed bigger and bigger until they are ships.

I'd say for the first few hundred years or s, you can have your island state isolated. Then your small canoes make contact with other distant islands, and a local trade network develops. A few tussles over trade resources and your ships are being designed to carry more people to defend your trade goods.

Then you by your 1500-2000 year mark, they make contact with the mainland. This can be made with 'small' 20 man boats (think viking row boats) but the thing here, the vikings knew there was something out there. They knew England and southern Europe where there. So they weren't sailing into the total unknown. Maybe have your initial settlement save some 'modern' maps, so that your islanders now where to direct their ships.

Once mainland contact is made, more and more trade will develop and more and more conflict will probably ensue. Or at least need to be policed.

So, you need to have interaction more than just time, for your ships to develop. Ships will develop faster in times of conflict as each side tries to out manoeuvre the other.

I might add more when I get back home after work.

The size of the ship is determined by the needs of the ship builders, and technology is developed to meet these needs. The Polynesian seafarers built super efficient proas which were essentially large sail driven canoes with outriggers and used them to cross the Pacific ocean. For the thousands of years their culture existed, there was no need to build larger vessels, so they remained relatively small. 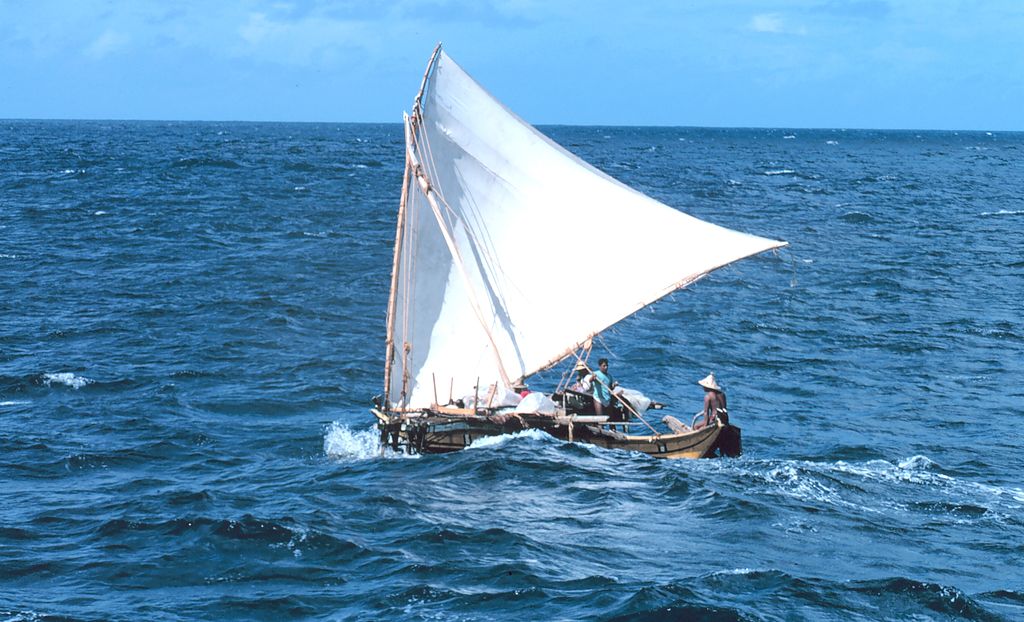 Ancient galleys grew in size in order to accommodate larger rowing crews and boarding parties, as well as to take the fight to the sea. The Pentaconters (50's) of the Illiad and Odyssey could be considered troopships, since the rowers were the fighters, and the ship was meant to quickly land a raiding party. Triremes were meant to fight at sea, and needed more oar power to build speed for ramming, so were much larger. Galleys in the late classical period were monsters because the main weapons systems had become catapults, which needed large stable platforms to operate: 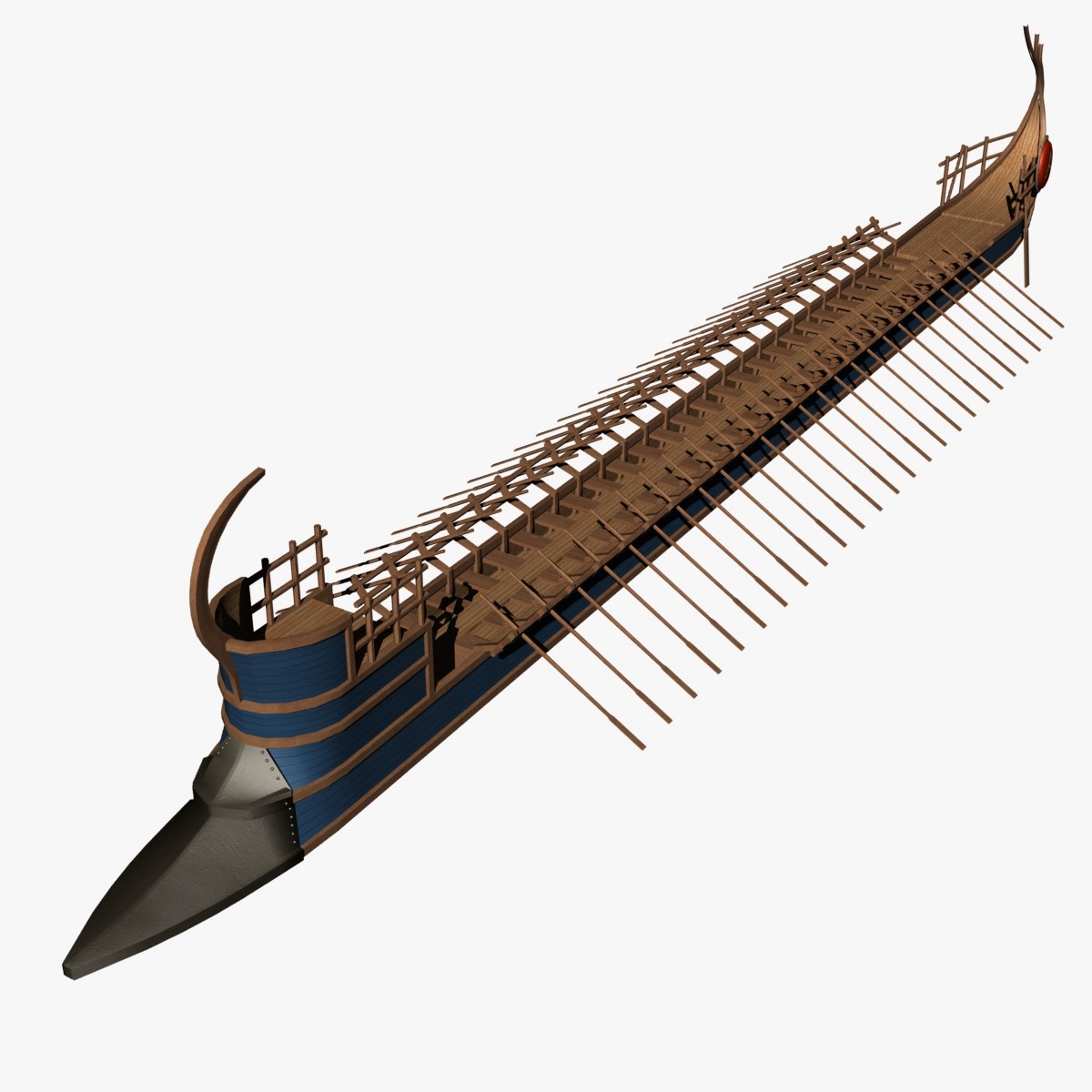 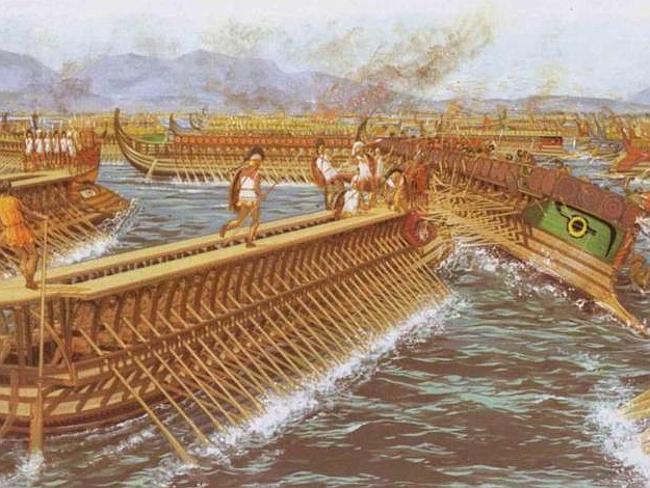 Trade ships have similar evolutions, as merchants seek to carry greater loads of cargo, while at the same time seeking more efficient sail layouts to minimize the numbers of crewmen needed. A Roman "Roundship" was much larger and heavier than a trireme, yet only carried a fraction of the crew. 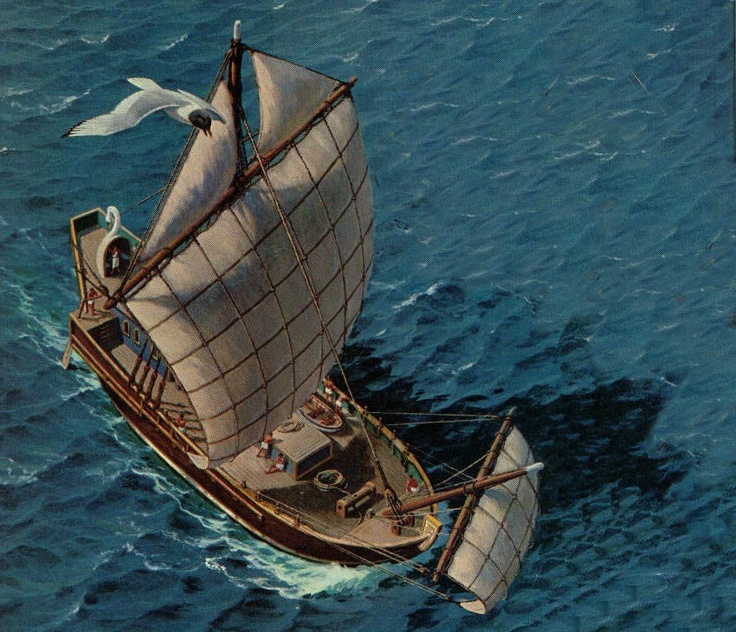 So you will need to find the compelling need to advance the size and capabilities of ships. Ships are quite capital intensive, so owners will need a serious reason to have them and want to employ them constantly to make up for the massive costs. They will also be quite conservative, and ship designs change relatively slowly until a new idea or need is identified, then a brand new ship type explodes into service.

Not the answer you're looking for? Browse other questions tagged reality-check ships navigation .

13
Would it be possible for a city floating on water to exist?
2
Is it possible to prevent colonization from the sea of one hemisphere from another hemisphere?
49
How to explain centuries of cultural/intellectual stagnation?
12
Pre industrial form of rapid mass transit over land
4
Sea-monster resistant sailing ship design
6
Which Neotropical Woods are Best for Shipbuilding?
8
Sailing Ships For The Vārẽn Sea
17
Space Piracy, a case study