Could you import enough water into an ecosystem to make a new rainforest?

So a rainforest creates a positive feedback loop—vegetation creates evapotranspiration which encourages rainfall, which in turns encourages more vegetation.

If you wanted to badly enough, could you irrigate an area of land with enough water to produce vegetation, so that the vegetation created a similar positive feedback loop? Could you reforest or de-desertify areas of Earth this way? If so, how large would the area of land need to be before it could change the climate? Would you need the land area to be in a specific location? Like, would the new forest have to be in an area where it could generate rain more readily, or could rain be encouraged wherever? Would you need to do things other than just import water to do this, and would the forest eventually no longer need irrigation?

What other repercussions would result? For example, surely if you forested too much of Earth, you would cause drastic changes to the climate.

Main question: could you irrigate an area of land to create a forest which encouraged enough rainfall so that, eventually, you need not water it anymore, in an area where a forest did not previously exist?

I've toyed with the idea of an advanced civilization, having run out of other convenient sources of water, turned to desalinating seawater. If a civilization or nation relied on desalination for their freshwater, they would need large networks to take water from coastal areas inland. Such a network could provide the water in this question, if no other sufficient source was available.

Apologies for the broadness of this post. Many other questions are related to it, and I was seeking ideas for those related questions as well as the main one.

It should be possible to create a microclimate in an area with the right topography and prevailing winds, but not the scale of, or typical of, a tropical rainforest -- and probably not for long.

Why? Because of those prevailing winds and the Hadley cells governing them. Tropical rainforests form at the equator because that is a convergence zone for two moisture-carrying cells (north and south of the equator). As these cells reach the warmer equatorial latitudes they rise and the water vapour they carry condenses and falls. Similarly, because there's nowhere else to go, the clouds of vapour released by tropical rainforests rises and turns to rain. (The inverse largely explains the positioning of deserts, by the way.) 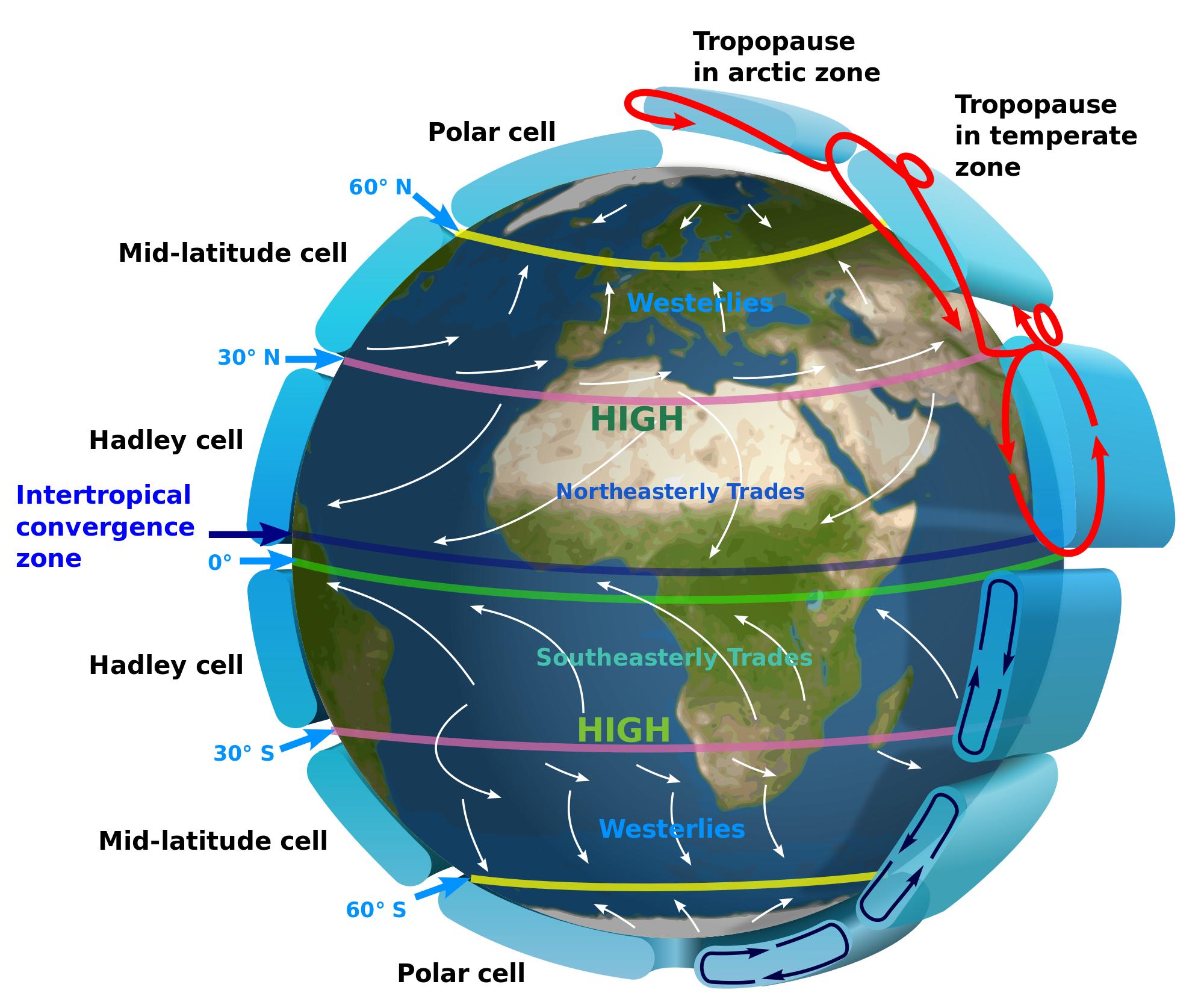 Tropical rainforests also differ significantly from temperate forests by receiving consistent amounts of sunlight year-round, without seasonal variation (and the plant-killing cold of winter). Something you can't induce in a self-perpetuating way.

The question as posed is at best a slippery slope. Let me explain with examples.

Rainforests are something we know a lot about, but if they formed there because of high rainfall, or they are the cause of the high rainfall is not something you're looking at closely enough.

Desalinating water is something that is quite commonly done. In the Netherlands for example, the majority of drinkable water is purified (unsalted, if you will) via the dunes in Zuid-Holland, pumped up and further purified. I could offer sources, but the majority will come in Dutch that I can think of off the top of my head.

As well, if you were to take a large chunk of the Sahara desert (for example, but pick any desert, really) and a large chunk of Antarica and introduce a lot of water to both, does this mean you'll 'create an environment fertile enough for future rainforests'? (hint: soil composition is also a key factor in this, in addition to temperature, and existing climate conditions)

As is posed, I do not feel this is something you've really looked at the implications of your question.

If the evaporation caused by transpiration doesn’t rain back in the same place then it will not create this new equilibrium. So as you suspect simply importing water is not sufficient to produce this cycle.

Not the answer you're looking for? Browse other questions tagged climate forestry or ask your own question.

12
How can I keep dense fog in an area for half a day?
6
What is the climate of a mountain range at the border of the polar front?
6
Effects of continuous but varying levels of precipitation?
65
Ultimate Australian Canal
2
How to calculate rainfall; record highs
13
Are these climate zones somewhat realistic?
5
Can I have a forest in the rain shadow of a mountain range?
6
Is my biome/climate map realistic?
14
Humans at near 0% of humidity
3
Magical Island question part 2: How to add desert to it