The last time I asked about adding glass in something, the answer I got is that adding glass to steel alloy is, for every intent and purpose, impractical. But what about concrete? Is using glass in concrete or mortar more practical?

Here is the scenario--in an alternate Earth, this is the map of Europe: 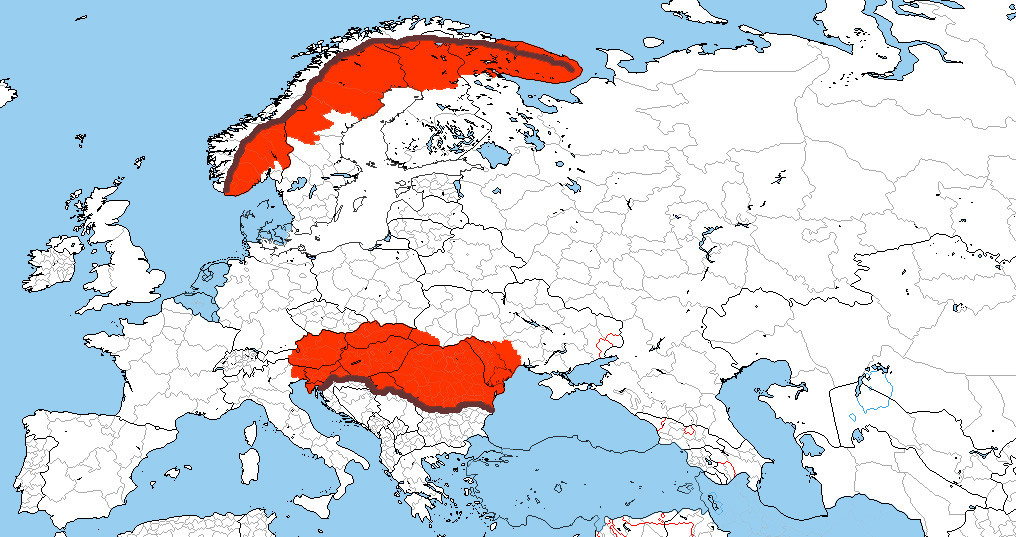 Marked in brown are the mountain ranges (the Skandies, 18,510 feet above sea level; and the Alps, 22,838 feet above sea level). Marked in red are the uplifts and plateaus that result in the mountain-building. Only the Skandies (Scandinavia) are capable of releasing ash into the atmosphere and settling them to the ground. Not marked but still capable of producing ash are the islands of Corsica, Sardinia, Sicily, Crete and Cyprus. One producer is too far from the Roman Empire for the Romans to mine or collect. The other producer just couldn't produce enough ash for mass-production.

If the Life After People episode "Heavy Metal" were correct, glass is biodegradable, and almost a century after Rhyolite, Nevada, was abandoned, the glass is still in pristine condition.

With that in mind, in an alternate scenario, in the absence of volcanic ash, could glass guarantee the longevity of non-reinforced Roman concrete?

Volcanic ash was only useful because it was reactive in specific way. Glass is mostly non-reactive. It could replace sand and stones (why? No reason, but it could), but it is of no use in cement composition.

As @Molot pointed out I misread what you were looking for.

There is a big difference in replacing aggregate with glass and volcanic ash with glass.

The volcanic ash would have been used to make the cement as an alternative to portland cement, more specifically as a natural form of "fly ash". http://www.everything-about-concrete.com/fly-ash-concrete.html

So the answer is no, and actually you would most likely be making it weaker, as you would be creating cement with unbalanced proportions of cement and aggregate.

Too much aggregate, not enough cement, which will hold but it will be very fragile as there is not much holding it together.

Same thing as if you mismatched the proportions and added too much sand and not enough portland cement. Been there done that.

Yes, glass fiber reinforced concrete is not only practical, it's a commercial product in fairly wide use: https://en.wikipedia.org/wiki/Glass_fiber_reinforced_concrete

Pulverized glass can be used as a (cheap) alternative to sand.

Its also been found to improve strength, stability, etc. http://msutoday.msu.edu/news/2012/recipe-for-success-recycled-glass-and-cement/

Not the answer you're looking for? Browse other questions tagged reality-check alternate-history construction materials .

-3
How Long Can Glass Concrete Last?

5
Could These Ingredients Make Concrete Better Than Before?
7
Glass Vs. Transparent Aluminum
3
Concrete vs. Tar--Which Would Make Better Mortar?
2
Can You Mix Glass in a Metal Alloy?
0
Plastic in Roman Concrete?
0
How easy is it to make glass?
45
Can coins be made out of concrete or cement?
9
Is it possible to make Asteroid Concrete?
2
Which raw materials would be good for an alternate-history analogue to concrete?