Planetary Colonisation; how to retain ethno-racial appearances over millennia?

I was reading this question last night about people of colour in fantasy stories. I've read so many fantasy stories where any mention of colour is associated with the negative/animalistic/barbaric that I had long decided to include all types of colour in my story (and try to avoid the stereotype, 'black man - bad!'). The way they described how their races came about got me thinking how my story world's different ethnic-groups* would 'survive' over a period of 2000-3000 years without 'dilution'.

*For this purpose I'm using ethnic-group to mean people who share a similar physical appearance; so ethno-racial rather than religious or lingual ethnic-groups.

Edit to those who may wish to downvote because I'm asking how to keep my races 'separate'. I'm not at all worried about explaining people of colour to my readers. If they can't accept that, they can go read another book. Maybe it will have lots of pictures and big writing. What my question is about, is how to retain distinct physically different looking groups, until my main story begins; 2000-3000 years after my world's history begins. No use, trying to have black, Indian, Asian, Mediterranean, and /or pasty white folk arrive on planet only for them to have all lived happily ever after before my actual story begins. I want to throw race in people's faces. I want to make them see, everyone is the same, I want them to root for the 'other'. Can't have that if everyone is already caramel.Edit sorry, rant over....

In the linked example above, the backstory was that the world was created and the gods put everyone on the world about 6000 years ago as separate racial groups. No evolution, I think DNA didn't even exist!

In my backstory, I have a similar setup where everyone is placed on a planet and then the story evolves. I don't have any gods/magic doing the placement though, normal genetics and evolution still apply. In my setting an entire planet was being evacuated, sort of a Dunkirk sort of scene where everyone is helping out with all shapes and sizes of spacecraft; this way I can get many different ethnic groups for my story. There is an accident and several ships are transported to another location and cut off from the main civilisation for thousands of years. I had already established that I wanted people of different colours and cultures to have to work together to survive. But at the same time to retain some ethnic individuality. Especially as most of my story is actually set a long time after their arrival on the planet.

This question about the minimum number of people needed for a sustainable colony is very useful, as well as this one about repopulating the earth after an apocolypse. However that is all about cross breeding and sharing genetic material to avoid inbreeding. In my mind that means mixing and balancing features out until everyone is somewhat 'similar' in appearance. So if you start with some really pasty folks and some really dark folks, over time you will end up with some really mixed folks with very few retaining the original physically distinct appearances of their forebears!

To avoid this I gave my different groups, different areas of the new planet to colonise; based on who were on the different ships, and where those ships ended up landing/crash-landing on the new planet. Mostly on the same continent. A lucky few land in the Hawaiian Islands equivalent (and are unfortunately isolated for much of my story). So they are not so much working together to survive but rather as several distinct groups working to survive separately, with some trade between them. I don't want them completely isolated from each other, frequent interaction will occur over the years. This will obviously lead to some racial conflicts when they do interact with each other (which will essentially revolve around who controls what resources). Which is fine, from a story telling conflict creation point of view but completely wrong ethically :)

To keep my groups, or at least a portion of them, distinct enough from the others over a period of time, they would have to develop some taboos about intermarriage and mixed-race children. But at the same time I do want and need mixed relationships to happen. Frequently enough that the children of such relationships are not considered 'too much' of an odd/unique curiosity. How strict/lax must their taboos about mixed marriages/relationships be? I don't want to start a war because Desdemona decided to run off with Othello!

While in real life this hasn't been a problem over the last 2000-3000 years, we still have plenty of pasty white folk and plenty of dark skinned folk with a fair few mixed folk walking around. But this new world would be a different scenario with a limited number of people at the origin point. Integration is more likely to happen as people work together/fight each other for resources.

So I believe my question is twofold:

How do I keep my different groups physical appearances distinct enough over a time span of 2000-3000 years? (without creating extreme widespread racism; there can be a few rednecks...but I would prefer not too many Trumps)

How large a population of each ethnicity would be needed to avoid 'dilution' while staying genetically viable?

Or have I covered everything already and I have nothing to worry about; do I just take the minimum viable population and multiply it by how ever many ethnic groups I want?

1) Taboo on intermarriage based on different religion. Very effective, think about Jews. Actually based on caste / nationality may also work, think about Roma (Gypsies) they tend to adopt local religion, but still are disgussed by idea of intermarring with local population.

2) Make really unprofitable to leave the landing place. Ex. the nuclear core of ship still works and provides effectively free electricity in huge quantity for centuries. It would keep population dispered. If they are any prefabricated factories/hydroponic plants on the ships make them constructed soon, with no coordination with other groups.

5) Designer babies / artificial insemination. Lot's of fun: -the race of ones kids would be actually determined by asthetic preferences, not necessary by genes of parents. (there is no need for racial supremacists, when all you need is parents who think blond hair and blue eyes are cute) -solves problem of inbreeding, if you one is somewhat unlucky only gamets of one ethnic group are present on the ship. (not necessary fitting outlook of parents)

One way is: simply make travel long, difficult and expensive - and only ease it "recently".

That way, only the richest, or most risky, would do it. And they don't produce many children.

They may suddenly find out that planet they are on has no oil, no coal, no radioactive isotopes suitable for their technology, and limit all power to agriculture. After few hundred years everything on another continents would be legends.

You may make oceanic weather way too hard to cross.

Either way, after some centuries they wouldn't have a common language. They would look different. They will share memory of international, multicultural past, but that's it. Language barrier might be the best barrier you can get.

Other way to go, would be to mix groups like Orthodox Jews, Muslims and Rastafari. Different beliefs, different, but deeply rooted taboos, some hatred. Common fight for survival would smooth some edges all right.

Food taboos, made stronger by what you can get on your side of planet, are very good against mixing nations. Jews have distinct genetics - it seems it worked for them for millennia all right.

TL;DR it's either geography + lack of technology, or religion. That's what worked on good old Earth.

Strongly diverging language. If your nations have extreme differences in language, then communication will make it extremely hard for any person from one distinct group to integrate (marry) into another simply because they lack the means to communicate with them.

Basing each language on it's own distinct alphabet would also badly hinder communication.

As technology advances, these differences can be overcome, but early on this can completely inhibit cultures/peoples from integrating.

Your "races" are actually different species. 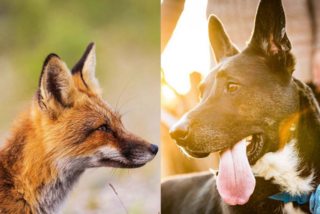 On our world race is a sociocultural construct - all human races are the same species and we merrily interbreed. On your world, there are genetic barriers to interbreeding as with the fox and dog. If you want some interbreeding to occasionally occur you could have mule (horse x donkey) or liger (lion x tiger) equivalents. Mules are infertile and ligers have their own issues but both exist and are the products of 2 different species.

Foxes stay foxes and dogs stay dogs, even if they are friendly and living together. 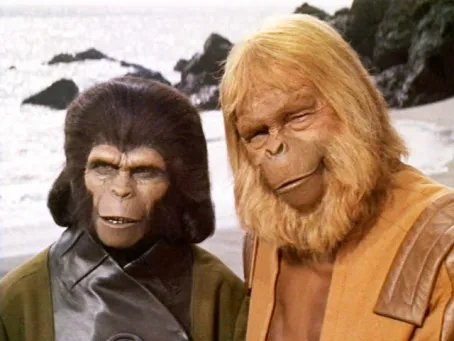 156
What is the minimum human population necessary for a sustainable colony?
44
How many people are required for a healthy re-population of the Earth (Post-Apocalypse)?
4
How to convince readers to accept Tolkien-esque fantasy where people of color are integrated?

2
Race relations in the land of human shapeshifters
17
Planetary colonization by a female crew
18
Methods for filling in your world - Political Entities
7
Visual changes in appearance after 6000 years away from earth
0
Effects of a star and planet on human evolution
11
How to limit population growth in a utopia?
29
How would criminals be punished in a world where everyone can teleport?