Could there ever be an incentive for a fish or other aquatic being to use simple tools, like early humans did?

To be clear, this question is not about currently land-dwelling humans, or human-like creatures could adapt to underwater. Rather, it is specifically about species that started out in water.

The first (bad) reflex would be to claim "Hey! It never happened in 3 billion year, why would it happen now?"

Many amphibious or aquatic animal have organ that fulfill the role of a hand (such as the whole body of a starfish or tail of seahorse ) so there is a need.

Many amphibious animal have limbs that are close enough from a hand. Look at the frog photo that Chris J posted.

You have the (almost) formed organ and you have a use for it... This will or will not happen, but it's definitely not impossible. 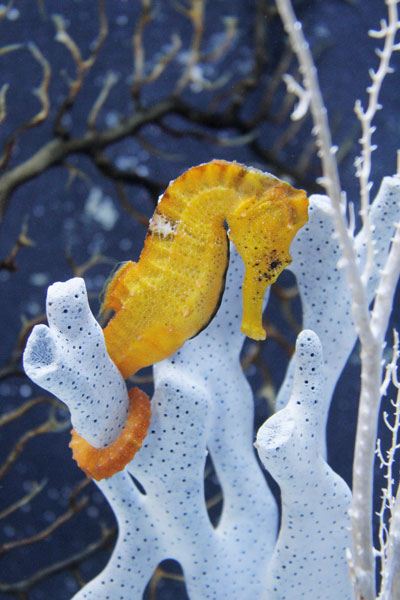 Octopus already use tools. And if seeing is believing, check it out. The animal kingdom has a plethora of examples of tool use: not only cephalopods, but insects, fish and reptiles, as well as sea-faring mammals.

So, yes. If the animal thinks of it, and it turns out to be of benefit, animals will definitely use tools. Presumably, left to their own devices this tool use would advance until further development is no longer useful.

Check out this toad source 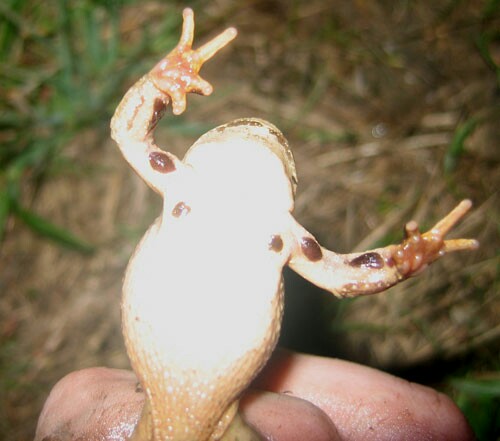 He looks pretty handsy to me already.. it would then be a case of developing a need to use them in novel ways

There are species of fish and aquatic salamanders with "hands", though they use them to walk across the sea floor. Tool-use among aquatic species is already in evidence, so the challenge is conceiving a scenario in which these fish use their hands more like hands. Gripping surfaces instead of padding over them, or raking the sand for buried prey, could be the intermediate stage. From there the fish has to discover the benefits and utility of carrying and manipulating objects (defense, nest-making, or shelter seem likely).

There are some bottlenose dolphins in Shark Bay, Australia that use tools.

Of course. Hands are in every environment very useful. And since evolution supports the development of beneficial things it is not unlikely that amphibious creatures could evolve hand-like limbs.

Not the answer you're looking for? Browse other questions tagged evolution underwater merfolk tools or ask your own question.

22
What is plausible biology of ocean-dwelling, tool-using, intelligent creatures?

22
Sea creature moving via rotational motions
6
How would aquatic sapience evolve?
9
How would merfolk store and preserve their food?
13
Trade between humans and underwater fish people
22
What is plausible biology of ocean-dwelling, tool-using, intelligent creatures?
15
Why might it be desirable to engineer aquatic humans?
61
What would a medieval war against an aquatic race look like?
5
Could an intelligent race of seals craft tools effectively?
4
What Sea Creatures Would Make Good Undersea Cavalry?
23
Fantasy Macro Economics: What would Merfolk trade for?