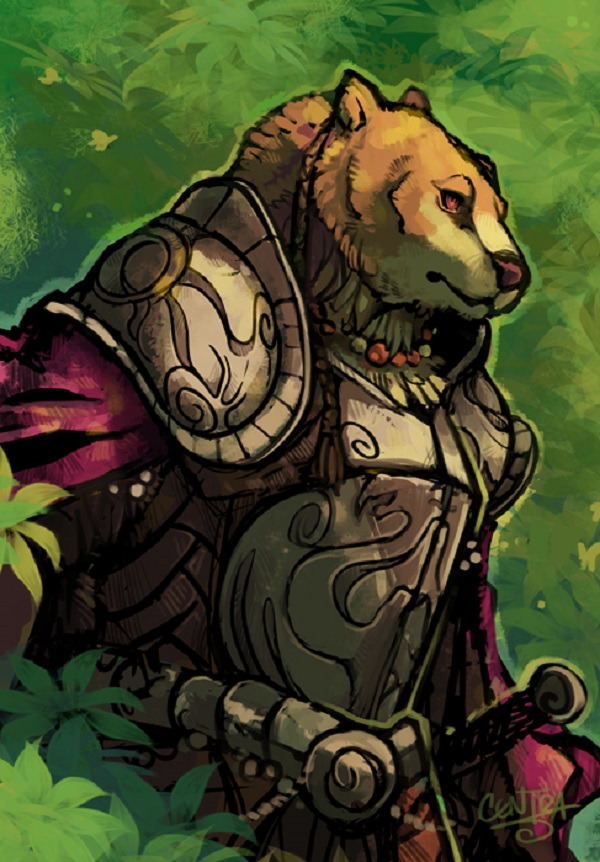 A ''bear'' humanoid of 600–800 pounds standing in two legs, divided in many sub-species with different diets, habits and civilizations.

How long is estimated the time for something like this to ever evolve starting from the 24th century? And ignoring completely the existance of humanity. For this question just imagine humanity never existed in the first place so it can't affect the bearfolk.

What else could speed up the evolution of a bearfolk?

Would it develop sexual dismorphism? how high are the chances of it having naturally greater potential in intelligence than humans?

how strong would it be, what limits on strenghts can it physically have? The strongest man on earth Zydrunas Savickas can lift 2.37 times its own weight, about 1155 pounds and seems to become stronger every year. Zydrunas Savickas could lift a bear folk but could this bear looking humanoid lift as much or even more?

How fast can it run and for how much time? does it run on two or four legs?

I want it to have rectangular pupils like goats so it can have a field of view of 320°, twice larger than humans. Is it possible or efficient?

I count 9 different questions in this post. This answer addresses only the first...

What animals and in what conditions would evolve into something resembling a bearfolk?

The image below, which comes from The Whisker Chronicles, shows the evolution of bears over the last 40 million years. 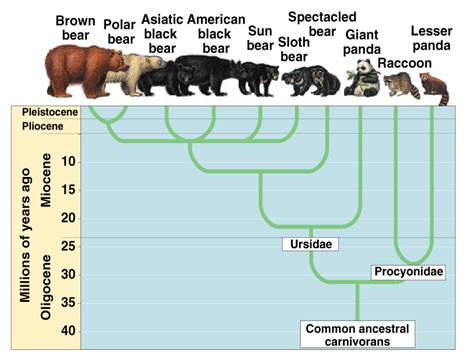 You want the creature to be permanently bipedal which doesn't seem like too much of a stretch because bears can already stand upright. You will need to find an evolutionary advantage to upright walking, but bear hips are already reasonably well prepared for the job.

Many of the traits you are looking for, such as upright stature, intelligence, tool-use and 320 degree vision, are primarilly defensive in nature. Evolution gives these kinds of defensive traits to prey animals.

So I nominate the Sloth Bear as the root ancestor of your Centurion Yogi Bear.

The sloth bear is a comparatively small, insectavore bear from India.

If humanity had never existed, India would be overflowing with Tigers.

That means that, unlike most of the rest of the Ursidae line, they are not the apex predator of their evolutionary homeland.

They are prey for the tigers! ...and that give them plenty of incentive to evolve!

That's a pretty big set of questions. To be realistic this is impossible, bears are not geared for intelligence and have no reason to become so, they're some of the most powerful animals on the planet. But reality aside let's have a look.

What animals and in what conditions would evolve into something resembling a bearfolk like this one? Well bears obviously, the other answer sums it up very well.

How long is estimated the time for something like this to ever evolve starting from the 24th century? Short answer a while, long answer on the order of millions of years. Though genetic tinkering by humans could make the work quicker and more targeted, perhaps reducing the time to only a few hundred thousand years, less if your world's genetic engineering tech is hyper-advanced.

What else could speed up the evolution of a bearfolk? You would need an environment which favoured their traits; bipedalism, intelligence, good vision. This would suggest a habitat of primarily flat land, on which they are predated. They would have to be social (unlike real world bears) and live in close communities.

Would it develop sexual dimorphism? Probably not as much as humans, though that rather depends on how their proto-culture develops. Bears have a heightened sense of smell and can detect pheromones, therefore they can identify the sex of an individual without sight. Losing that ability as humans did might spur more differences.

How high are the chances of it having naturally greater potential in intelligence than humans? Like humans they would start out less intelligent and grow over time; it could easily outpace modern humans given enough time though.

How strong would it be, what limits on strengths can it physically have? Bipedalism severely limits strength (you now only have two legs to lift with), but they'd easily beat humans if they kept their current build.

I want it to have rectangular pupils like goats so it can have a field of view of 320°, twice larger than humans. Is it possible or efficient? No, goats have those pupils because they have eyes on the sides of their heads; it allows them to see behind them easier. Humans (and bearfolk) can just turn their heads around, so a heightened field of view would be pretty unnecessary unless predation from all sides was a serious threat.

Hope this helped you somewhat.

4
World where humans have high competition
14
What evolutionary factors can contribute to large sexual dimorphism in large mammals?