The world I am designing contains several ancient artifacts that among other things, share the common trait of allowing users to short-range teleport (think the Blink ability from Dishonored). The humans of the world are bound by our laws of nature, and are in a 1890s - 1910 level of technology, so they don't believe in magic or witchery. What is a way they can explain their newfound powers? THEORETIC/Strong Hypothetical Concepts are okay, they don't have the means to prove anything yet. My one limitation is that it can't be something we (as in 21st century humans) have disproven.

The answer is as any history of science buff knows, especially if that person has more than a passing awareness of the 19th science fiction like the Victorian scientific romances, is a theory based on the fourth dimension.

Short-range teleportation by ancient artefact could be explained as an effect of passing through the fourth dimension from one place to another. Essentially this is not too dissimilar to theories involving higher dimensional spaces that are certainly not disproven by 21st century science. Today we wouldn't be able to understand the actual machinery of the ancient artefacts even if we thought we could explain their teleportation.

That's the most plausible explanation a person of science in the late 19th and early 20th centuries would come up with, that the ancient artefacts transported their users through the fourth dimension to accomplish short-range teleportation.

Interestingly Wilhelm Roentgen discovered x-rays in 1895, or as they were initially known roentgen rays. This coincides with with the era the OP is interested in. So possibly a theory could have been devised that the artefacts converted its users into a form of roentgen radiation to pass through intervening matter to arrive at their destination. While this hypothesis contravenes the OP's requirement that explanations shouldn't be disproved in the early 21st century science isn't like that.

Besides teleportation by roentgen radiation sounds like a fun concept. So typical of its era, and yet so wrong. Understanding discredited scientific concepts is an excellent way of understanding how scientists grappled with different ideas to comprehend the laws of nature. Today being turned into x-rays to be teleported sounds downright dangerous and utterly absurd. But not then. The past is a another country, their ideas were different too.

My previous answer and most of the others here may have put the cart before the horse. We've all striven to provide scientifically plausible explanations for how a teleportation device might work. But that isn't what the OP is asking. The question is...

How would 1890's scientists "explain their newfound powers", namely their PROVEN ability to teleport short distances.

All of us have attempted to mold the PROVEN FACT THAT TELEPORTATION WORKS in the OP's 1890s world, to our current understanding of science. That is backwards! That is not how science works.

Science lives and dies by observations. Every scientific belief lives with a knife against its throat. A single repeatable experiment result which contradicts any scientific theory, immediately slaughters it; leaving us in need of a new understanding.

So if teleportation existed and we couldn't empirically figure out how it really works, its existence would open the door to many new possible explanations, regardless of whether those explanations contradict our current understandings or not. Wild ideas would be thrown around and each new possibility would garner advocates to champion it against rival theories. Meanwhile, cool minds would carefully design experiments to eliminate those proposed theories which can be eliminated.

For example, some might believe that the teleportation artifact accesses a previously undetected axis of space/time. That on some level, every location is directly connected to all other locations in the universe. Any two locations are next to each other on this new axis, even if they are extremely distant on all of the other axis-es. No quantum tunneling or atomic disassembly is needed to traverse the distance via the other three axis-es of height, depth and width. Instead, you simply move along this fourth axis directly from here to there.

Who knows what other theories might be offered, but it is crucial to understand that it is not the proven fact which would bend to science's current beliefs. It is science which always must bend around what ever is truly present and can be perceived.

Method 1: Quantum Entanglement. Somehow entangle all the particles in your body with another set of particles. Somehow send the entangled particles forward without sending yourself backwards. Then, flip a switch and instantly move the information from your current particles to the projected forward particles, resulting in "teleportation".

Method 2: Somehow scan all the particles in your body at the precise moment activate the teleport and then use that data to construct a copy of you as you are being destroyed on the other end. If done with a handheld device you'd just have it create a copy of itself based on orientation and such without having to scan and duplicate itself then have the original destroy itself.

Method 3: Nightcrawler's method which is that he simply travels through another dimension (reality which exist in the same space as ours) so it looks like he's teleporting but not.

Method 4: Dimension Shifting. Shift's the user into a different "dimension" where all movement is some multiple of what it feels like. ie Think about how Minecraft works with the Nether. Every step you take in the Nether = 8 steps in the overworld. Same concept.

Method 5. Spacial Folding. Basically you "fold" space, bringing 2 points together so that they overlap. At first you are at point A. You want to go to Point C so you overlap with Point B so that when you step forward you go to point C, because Point B is connected to Point C.

Hypothetically we could do these things... but they'd rely on solving some problems or proving some theories as true such as multiworld theory in the case of Method 3.

The world is a virtual reality and we are all just constructs within that computer program.

Teleportation is a simple process. I simply change the values of the X, Y and Z fields in my PhysicalBody.CurrentLocation variable and then wait while the system renders me at my new location.

You have to invent new physics, or invoke Clarke's Third Law

No, there is no science either in late the 19th century, nor in the 21th century, that can even begin to hypothesize about the mechanics behind that sort of thing.

Physics- and theories-wise it would be like someone finding a radio controlled quadcopter drone in the 1500s, i.e. 300 years before even Maxwell had come up with the theoretical concept of "electromagnetism" which then leads to "radio". In a world where geocentrism is still the predominant model of the universe; where the concept of gas does not even exist yet, they would be hopelessly lost at trying to make sense of any of the physics behind it. 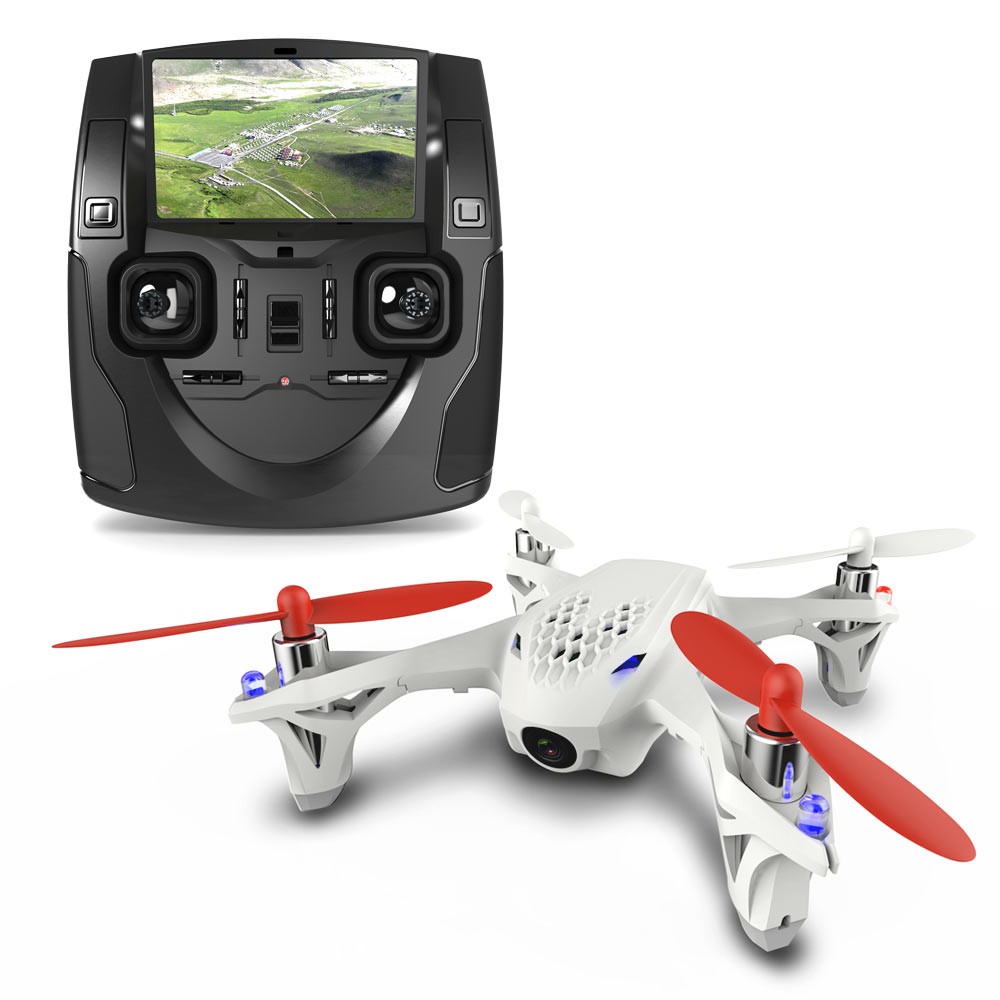 The biggest problem with your apparatus is that it (seemingly) violates the law of conservation of energy. Blink a weight 10 meters into the air, attach it to a chain, let it "fall" slowly while the chain turns a cogwheel attached to a generator. Rinse, repeat. Now you have free energy. We have nothing in physics that can start to explain that. Even on metaphysical levels, that should not be possible.

So you have to go the Arthur C. Clarke route and invoke magic: "Any sufficiently advanced technology is indistinguishable from magic", that is to say: some advanced civilization left this artifact here. Physics? No... just, no. You have to invent new physics for this, or quite simply have your scientists shrug and invoke Clarkean Magic by saying "This is way above our heads... we cannot explain it".

Instead of affecting space, the artifact may affect time. You can move normally, but after each second of movement, you go back one second in time. That is, you have to physically traverse the space through which you "teleport," but for those around you, no time has passed.

Obviously, there are drawbacks. First, you can't move to a place you couldn't normally reach, such as an upper floor. For instance, you can't get from the ground floor to a balcony without something to climb up or a stairway inside. Second, the device only operates for a limited period before it has to recharge, say sixty seconds, which limits the range. Third, you leave behind a series of phantasmal copies, one for each second. They fade instantly, but they leave a clear trail showing where you went. There's also an annoying buzzing sound that the device makes while operating.

phase 1 -Kill the person by dismembering it at atomic level.

phase 2 -Rebuild atom by atom the person in another place.

phase 3 -Implant the memories and identity of the killed person in the new builded one.

Not quite a good idea...

You might prefer super-sonic speed for short ranges, someone moving at this speed would make a big noise that can break crystals and knock down people.

But, someone moving at this speed would be invisible for the human eye, therefore giving the illusion of teleportation.

Another option is creating portals by bending the space around you, but this ability would make anybody a living god.

I don't know how to achieve this two powers through technology,if i knew i would already have invented such things...

Not the answer you're looking for? Browse other questions tagged science-based teleportation or ask your own question.