How would the world adapt to a crazy grounded titan?

In this Earth-like world, gunpowder was invented just recently. After a secret lab exploded while trying to create a bigger bomb, an apparently very angry titan suddenly rose from the rubble. Luckily, he (or she) has no legs (that we can see) and never tries to walk anywhere. He (or she) has been content just sitting there wailing and spewing lava constantly for the last 5 years.

Last month, however, he suddenly changed tactics. He somehow molded lava into big, very dense rocks and threw them all over the world. His throw could easily destroy a town a continent away. Yes, his throwing skill is very awesome.

Maybe some heroes, or some armies, one day could vanquish him (or it). Today, however, we civilians only want to survive. How would we adapt to living with this monstrosity? Not all of us could move to a far, far away continent.

Info: the titan is a little smaller than Mount Fuji. The technology level is about the same with Earth when we first invented bomb.

Edit: By titan, I mean a huge rock giant, spewing lava through his mouth. By molding, I mean he spit lava to his hands (yes, disgusting) and somehow make it dense, then throw at anything that move, or if no target in sight, just aim randomly. His throw rate is about 1.5 a day, a bit slow, but he is huge, and the rock is really big.

In the 5 years that he was crying, the whole area around him was destroyed. All people dead. The further ones count themselves lucky. The current state of the area around the mountain is similar to Mordor.

Move outside the Titan's visual range.

If the Titan has eyes on the top of his body, and we assume that is 12,000 feet (just below the height of Mount Fuji), he could only see about 134 miles or 215 km (with some variation for geography).

Even in a low-technology era, it should be easy for people to migrate out of the Titan's sight.

I suspect the Titan would be far less interested in throwing rocks when he couldn't see any targets.

But let's suppose he continues:

Live with the risk of dying from random rocks.

The Titan can throw rocks "all over the world". Let's assume that he distributes them randomly.

Let's assume that he can destroy an area of four square miles / 10 square km with each rock.

How often can he throw them? Making a super dense, huge lava rock seems difficult, as does throwing it thousands of miles. But let's assume it's little more than making a snowball to him, and he can throw one once a minute, 24 hours a day.

With these very generous assumptions, and if he never hits the same spot twice, this would enable him to destroy 1% of the earth's surface every year. (He would, however, have to hit the same place again sometimes, otherwise people could just move into the areas he had already hit. So he would be able to target slightly less area than that).

This is a non-trivial risk, but it is not a level of risk that would destroy humanity. Titan rock lobs wouldn't even be the biggest cause of death in a pre-modern context.

(This also assumes an unending supply of lava. I suppose it is possible that he is fed by underground magma that never stops flowing, but it seems more likely that he will run out, or at least have to slow the rate of throwing, eventually).

Titans are gods, and gods can be placated with sacrifice.

So instead of getting your steaks from the supermarket we all head down to the local abattoir, and honour the gods properly. You get your steak and along with it you get some bones and fat (please remember to pay the priest on the way out) In front of the abattoir there is the fire pit for burning the fat and bones. Try to fold the fat around the bone so it burns well. Remember to grovel a bit (gods like a bit of "I'm not worthy") and remind the titan that there are lots of other places to throw stones, like the next city just over there.

Or, if you are feeling bolder, you could direct your prayers at one of the Olympians. They have form in dealing with this kind of thing.

Unfortunately with such a low technology level there are not many ideas. On the other end, if your universe is a bit steam-punk like, there could be plenty other possibilities.

I have been thinking about this and if the Titan actually aims and throws accurately and is actually hopefully quite dumb.

Then all all we need to do is hide behind a mountain. Provided he can't throw it linearly so that it goes across the world and hits us from behind

A: his only offense is rocks, with an obstacle in the way. What will happen then is that in his attempt to kill you, he will continuously lob giant rocks at you. Fortunately for you, this rocks are gonna pile up becoming a shield that grows bigger and bigger over time.

B: Operation Typhon. Provided your fine losing a large amount of lives for the sake of humanity. Start building the biggest stone wall that encloses the Titan inside[Since the Great Wall of china was built back then, I'm sure we can build this right?]. Even if he lobs rocks at you, it only serves to build the wall higher. As the wall gets higher, he will either keep lobbing rocks at the wall or lob rocks high up to land on the wall, this means the amount of space between him and wall gets smaller and smaller. In this sense, we are building him a pseudo volcano that chucks rocks instead of lava. One day when humanity builds a mountain 3,500 m tall or higher, the Titan has nowhere to chuck rocks and can only throw them up. Resulting in his own rocks dropping on him and burying him underneath. From then on, the legend of the Titan under the mountain of man was passed on as a legendary feat of humanity.

C: Project Poseidon. Build a man made canal from the sea that extends to the Titan, cooling down the lava and depriving him of his rocks. Tho this might be a lil difficult if his rocks actually block the canal. Now considering that he his somehow spewing magma, this should mean that either he sits on converging continental and oceanic plates unless his in the middle of somewhere or under the sea. Which in theory means his relatively close to the sea. Hopefully... But this method is highly unreccomended.

You haven't mentioned whether the titan is aiming his rocks or just throwing them randomly.

If it's random, the odds of hitting a town would be tiny. The most important change would be to stay away from coastal areas or build high dykes against the risk of a big splash wave.

If the titan is aiming at humans and their buildings, it might be possible to build wooden decoys and/or ride around bearing torches to keep it occupied, especially if the rate of making and throwing boulders is low. A lot of that depends on how acute the titan's vision is and how smart it is. If it learns quickly not to waste rocks on decoys, there will be little choice except to hide behind other mountains, out of view of the titan. Even that may not work for long if it figures out where the humans probably went and starts lobbing the rocks with a high arc, hitting the backs of the mountains.

The titan's source of power is the lava coming from underground. If this has been flowing for 5 years, either the original explosion happened high on a mountain, or the titan is lifting himself up as the lava builds up around him.

Either way, digging into the mountainside and diverting the lava through a lower man-made side vent will rob the titan of ammunition.

This digging is dangerous, and once the digging team breaks into the main conduit, there will definitely be casualties. Perhaps these offered in sacrifice will be enough to appease the titan back to sleep.

Assuming when you say:

when we first invented bomb.

you mean explosives (China and its fireworks :P), that would put the era you describe somewhere after the 10th century.

Religion played a huge part of peoples lives at that time, so, most would assume it's Judgement day and either despair or repent.

Some might take up satanism assuming that the titan is satan and requires sacrifices and maybe even inform him of where to aim or take it upon themselves to kill people in cities assuming its what the titan wants.

I think people would not be very organised and successful till the titan gives up it's rant and perhaps falls back into dormancy.

I also think people would learn to figure out or detect the titan's toss by either hearing or some kind of communication network (fireworks or smoke signals). They might live on cliff off hangs with ropes so housing and people could have a chance of surviving the impact.

With other less adaptive animals dying off I would think they would take to surviving off of the sea. Seaweed and fish.

Monkeys might become the main animal to walk the land as I would think they are the next most adaptable species in the world.

Trick the giant into throwing one rock into an orbit 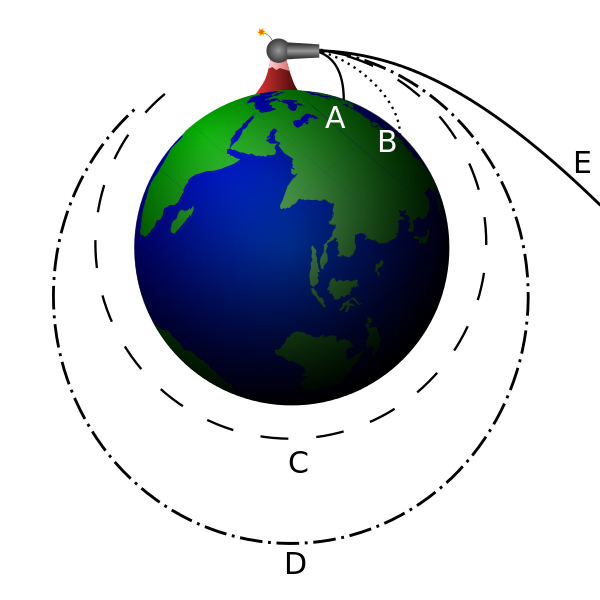 around earth so that he would hit himself.

Not the answer you're looking for? Browse other questions tagged society industrial-age or ask your own question.