Under what circumstances would it be possible to harvest aurora for either energy or matter?

I would like to have a planet in which somehow it becomes necessary to harvest aurora for energy (and maybe matter if that's feasible).

The civilization of this planet is moderately advanced -- enough to have colonized other planets in its solar system, but not enough to have travel between stars.

Which of the following would improve the plausibility of harvesting aurora:

Auroras are caused by charged particles, mainly electrons and protons, entering the atmosphere from above causing ionization and excitation of atmospheric constituents, and consequent optical emissions. Incident protons can also produce emissions as hydrogen atoms after gaining an electron from the atmosphere.

So are you trying to collect the ionization particles or the light generated from them?

Catching ionization you'll need to have some kind of satellite, I'm not sure it be worth it. You'd need something to convert the ions to energy. We already have solar tech and it is getting better all the time. As ratchet freak said, You're going to get a lot more power from solar cells.

We capture such a small amount of energy from the sun it is almost negligible. Part of the idea behind things like the Dyson sphere and rings etc. is it is build partly to capture a lot more of the suns energy to give us more power, a Dyson Swarm or Bubble would be more likely scenario. Many smaller structures orbiting the Sun all capturing energy.

I don't think we could directly harness the energy transferred to particles in auroras. However, we could probably captured the energy from the phenomena that caused auroras.

Wikipedia notes that the primary cause of auroras is an interaction between the Sun and the Earth's magnetosphere. Here are some ways we could exploit that: 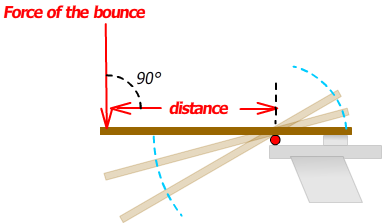 Not the answer you're looking for? Browse other questions tagged science-based reality-check space physics technological-development or ask your own question.

2
Can a planet's magnetic field be used to generate power?

12
Could there be a planet bigger than Earth, but with less gravity?
17
How could you keep a rogue planet warm(ish)?
2
How similar or different can an exoplanet be, that supports a convergent evolved ''human'' species?
13
Liquid water on both sides of a tidally locked planet. Feasible?
6
Radiation from binary star systems and how that would affect a planet orbiting both stars
8
Could a solar flare create terrestrial areas of background radiation?
7
Effects of Red Dwarf CME (Flare) on Biological Life and Atmosphere
7
Could a route among the asteroids be built to reach Jupiter's moons once the technology to reach and set up a base in Mars is ready?
6
Different human-survivable universes
4
Can two stars be near each other?