How to maintain artificial gravity in an upside-down city

Let's assume that sometime in the far future, ice-mining on Europa has become a very profitable business venture due to dwindling fresh water on Earth and the growing demand for more water from the Mars colonies (yes I know that Europa is primarily saltwater and would thus require filtering at additional cost, but it's a more quote unquote "stationary" target than something like large ice-teroids). So companies have begun drilling deep into the ice and establishing large rigs, perhaps even colonies, in the form of upside-down domed cities (like the one they're currently building in Dubai) that cling to the bottom of the ice layer.

How would a construct like this maintain its artificial gravity so people wouldn't just go falling into the sky (which in this case would mean "down towards the ocean")?

"Hard Science" and "Artificial Gravity" are not phrases that go together readily on this scale. At least, not without serious safety problems.

An obvious way to do it would be to increase Europa's rate of rotation, so that you get centrifugal force creating an upwards force that counters Europa's gravity. Sadly, Europa will come apart if you do this: its ice layer is not remotely strong enough to hold it together under this treatment. For extra entertainment value, the rocky core will not be stable under these conditions and will "fall" in some random direction, smashing through the ice and becoming a separate moon of Jupiter, until it collides with something.

Or you could provide a mass "underneath" your city (further from the centre of Europa) that counteracts Europa's gravity. That means a small black hole, really. Please don't mess up its support system, electromagnetic or electrostatic, or it will fall to the centre of Europa and then eat the moon. You also have to deal with the black hole's tendency to reshape Europa by changing its gravity. The effects depend on the relative masses, but since your main available structural material is ice, which tends to creep under stress, stability will be hard to achieve.

Or you could just build your city the other way up, and take advantage of Europa's gravity. It's boring, but it's simpler.

Build the city upside-down, clinging to the bottom of the ice layer, but leave the gravity alone, Dynamo style. Much easier than trying to reverse gravity. Added bonus is you don't have to worry about people falling into the abyss, because of the buoyancy of the water.

Some shots from Dynamo for inspiration: 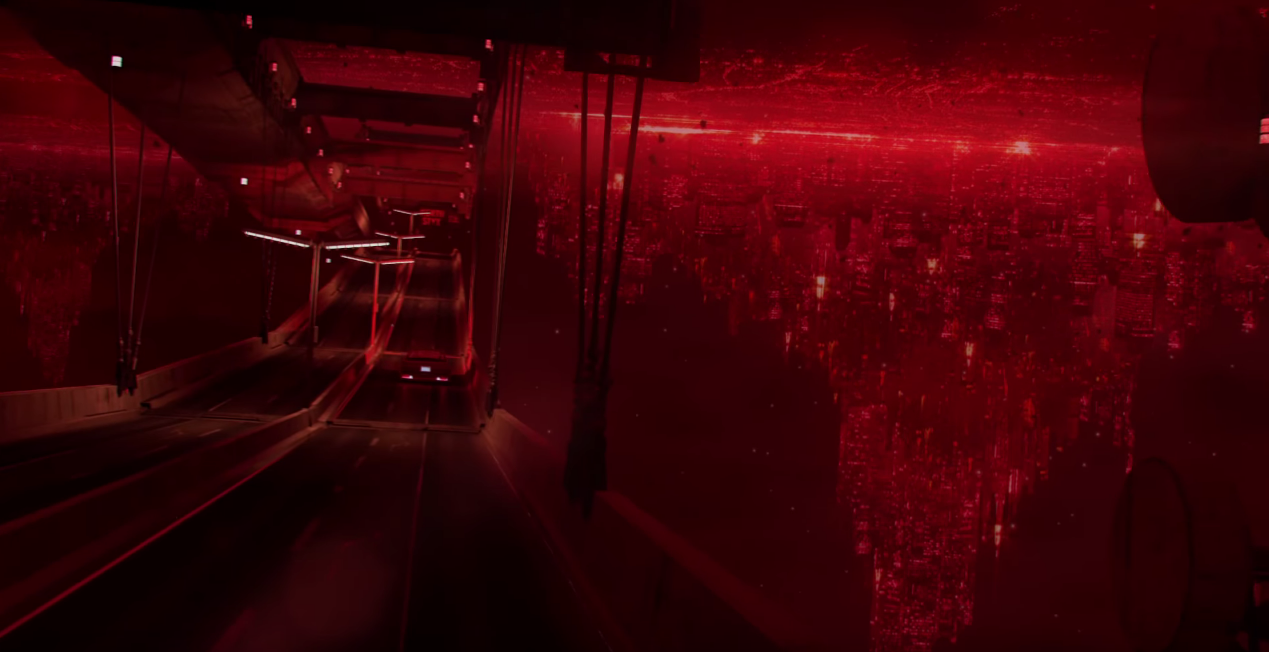 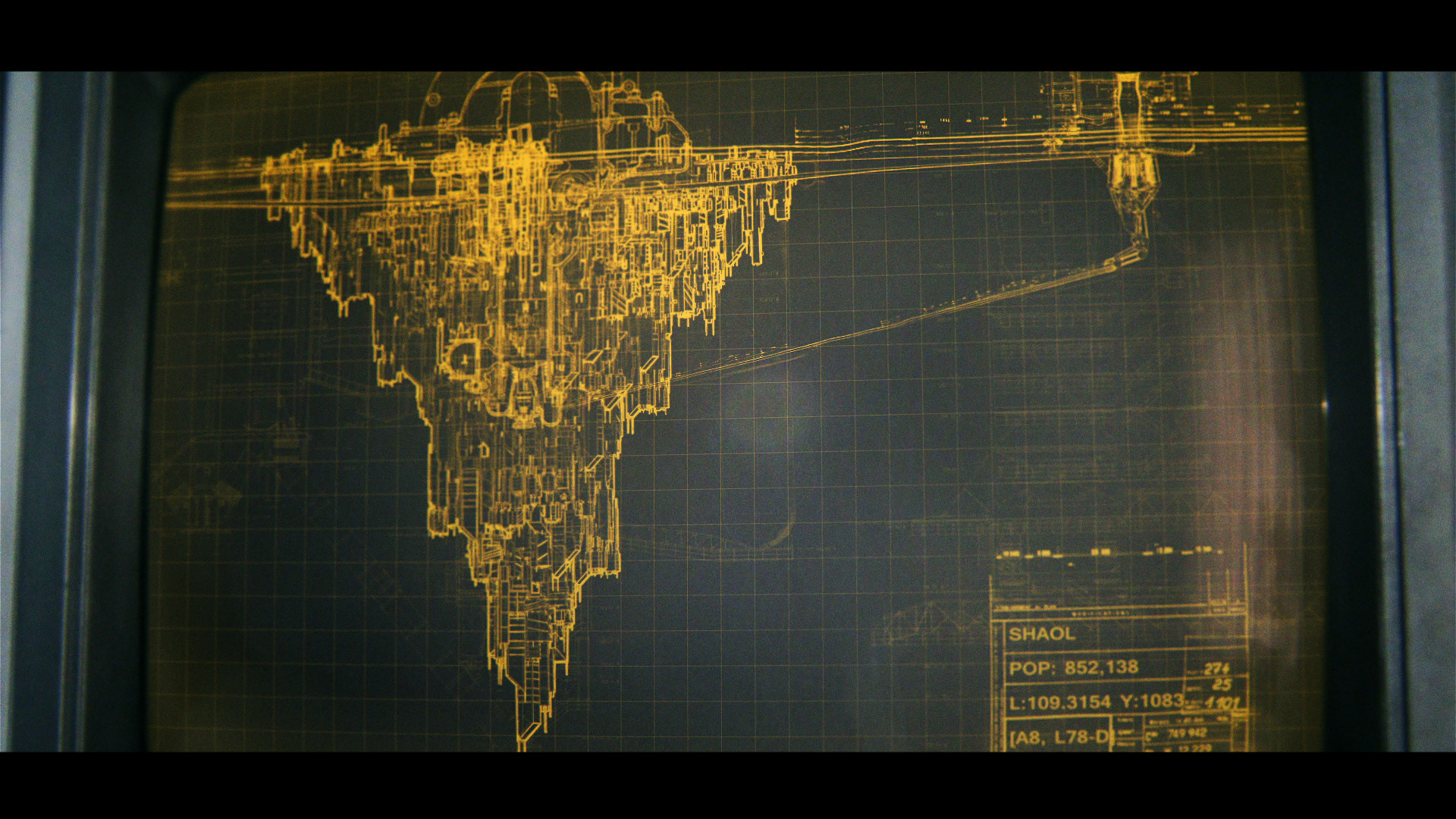 Such a city would be very difficult to construct from an engineering standpoint, but not impossible. In fact if you are at the tech level to mine Europa, an upside down city should be quite feasible.

If the city is domed it changes city life slightly, as it becomes safer in some ways and more dangerous in others.

You would lose the benefit of water flotation, so you would once again have the risk of people falling to their deaths by falling off a sidewalk. On the other hand, the enormous volume of air inside the dome means that the dome only needs minimal support as buoyancy will naturally press it against the ice crust. It also means people don't have to worry about a crack in the window flooding their houses.

You could minimize the safety issue by placing nets and other soft padding at the bottom of the dome so that a fall is no longer deadly, merely terrifying. In this case, you might even have people who jump into the abyss for fun.

Or you could just forgo the bubble and make the city inside a giant box underneath the crust, basically an enormous rectangular submarine anchored to the ice layer. Then you could have the city facing upwards with gravity going down. But that would be boring.

Well, if "upside down" can mean "sideways" then you could always make the city a large, spinning wheel. A 1km radius spinning wheel rotating at 1rpm should be enough to create Earth-style gravity, then slope the floor at around 1:10 to balance out the gravity of Europa.

To leave the city, take a lift (elevator) 'up' towards the centre (which would probably be quite a weird feeling!) and then just step off (remember, although the outside is spinning at over 100ms - around 250mph - the centre is only turning once every minute). If the lift carriage is in a gimbal, then the feeling shouldn't be too odd - the gravity would just gradually reduce until you're at Europa levels.

You'd only be able to build around the inner circumference of the wheel though, unless you were happy to accept lower gravity levels as you go 'up'. With that size of structure multi-storey buildings shouldn't be a huge issue though, unless you want to start making Empire State buildings in your city.

Building domes on the underside of the ice is not as practical as drilling caves and tunnels into the ice and reinforcing the sides from collapse. The water pressure at the bottom of the ice is pretty high.

After very extensive discussion about establnshing bases on europa, see my questiens here: Establishing an under-ice base on Europa - ice drilling/melting?

.. the conclusion was that placing bases a few 10s of meters under the surface of the ice is most practical, maintaining an open elevator shaft to the bottom of the ice was very hard, and bases under the ice not very practical at all. For base construction, you need to import materials like rock and metals from nearby moons.

The gravity on europa is about 1/11th or 1/10th of earths. Without inventing some anti gravity technology you cannot do much to change that.

At the current state of scientific knowledge it is impossible to reverse gravity. Any device you could come up with that creates artificial gravity would have to be entirely fictious with no basis in real science.

Not the answer you're looking for? Browse other questions tagged gravity engineering or ask your own question.

13
Establishing an under-ice base on Europa - ice drilling/melting?
9
Building materials on Europa