If our world was on a turtle… then how big would the planet the turtle is living on be?

This sounds really stupid, but I'm trying to think of a way to make World Turtle work. And what I got after 5 minutes of careful deliberation, would be that the our earth would have to be 'flat' on the back of a giant turtle. And since I don't want mythical space turtles, I'm gonna presume that they live on a planet themselves.

Now disregarding the impracticality of there actually being a turtle who can carry the crust, the environmental changes that will happen from making the earth 'flat' and the general idiocy of this question. 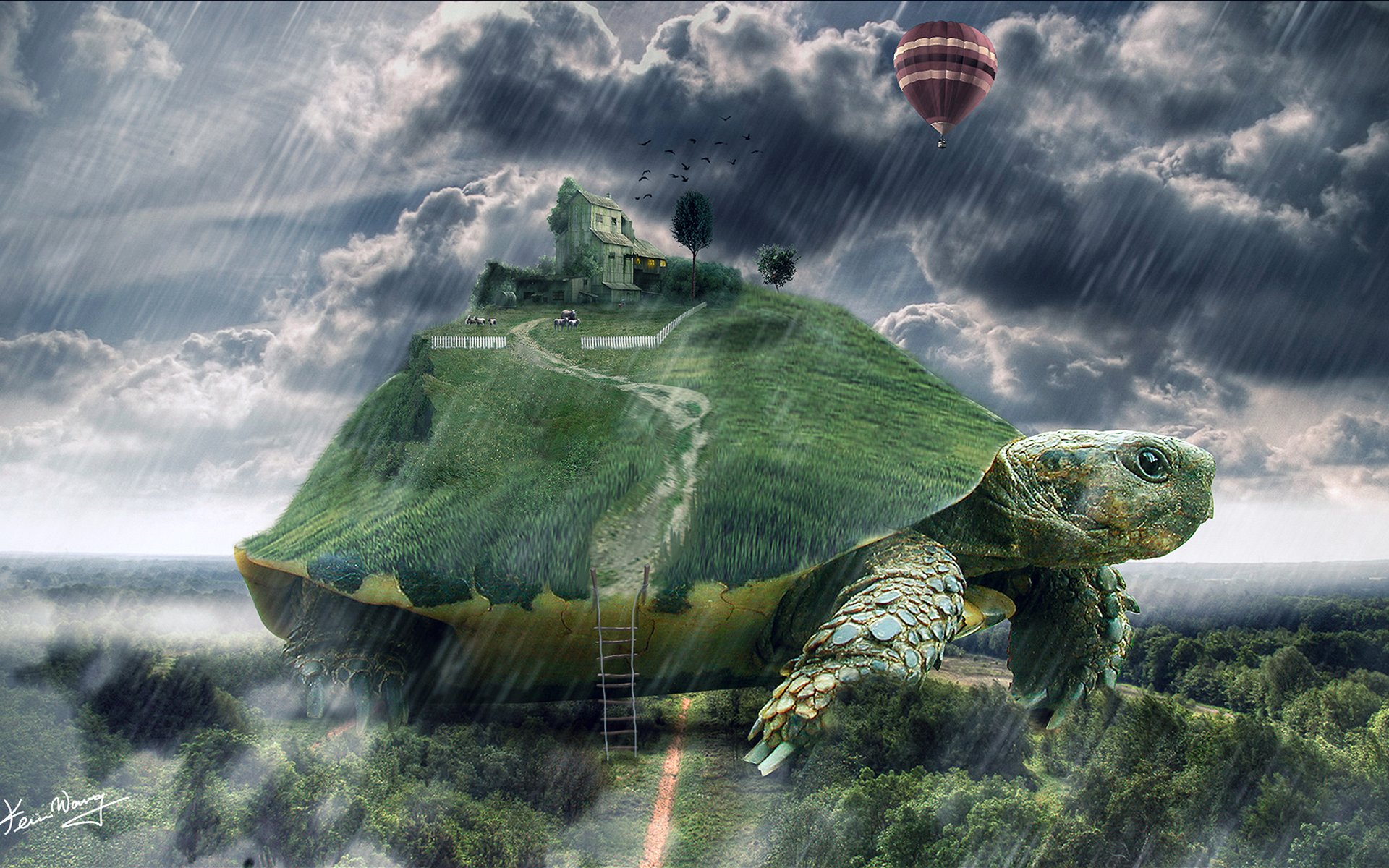 What kind of tags can I even put on this?

Your world is a Niven-style Ringworld.

This gives you plenty of space for a "world-tortoise" to wander around in while still allowing you to arbitrarily set your gravity to pretty much whatever you want by setting the spin rate.

To paraphrase Niven, you could lay out the Earth flat, set it down in the landscape, turn away, and never find it again. The Ringworld has a lot of space available.

I would assume the rotation rate is actually fairly slow to give the tortoise only enough "gravity" to keep it walking along the surface, but not crushing it. The "gravity" experienced on the tortoise's back would be actual gravity, since it is so massive.

The world is still a sphere and it's on a 4 dimensional turtle. It’s analogous to a disk laying on a 3D turtle. Just as the flatlqnders can’t look up or down and so are only aware of their disk, if we could look in the 4th direction we would see that every part of the inside of the sphere is resting on the 3D surface of a 4D shell.

The turtle is normal sized. Our little 3D world is “small” in their world.

First of all, we must agree on the species. Do you consider that the turtle is a little red-eared slider (40cm), an African spurred (80cm) or a big sea turltle (more than 1m) ?

Not the answer you're looking for? Browse other questions tagged planets alternate-worlds or ask your own question.

43
How do I prevent my turtle from collapsing under its own gravity?

5
What if Earth was eaten by a giant slow moving alien creature?
21
Dumbbell planet - how would humans cross the bridge?
6
Life on Smooth World
3
How do I explain the formation of my world scientifically?
7
How long would a flat Earth last?
8
Water planet turns into desert world without being rendered uninhabitable
7
Rotation, weight and planet size
35
How Would Civilisations on Different Planes of a Cube Planet Interact?
7
Is there a plausible way to have a Gas Giant with two or more earth to mars sized moons orbiting it in the Habitable zone?