How do exoskeleton suits connect at joints; when movement is powered?

Probably the most well-known exoskeleton suit is Iron Man. 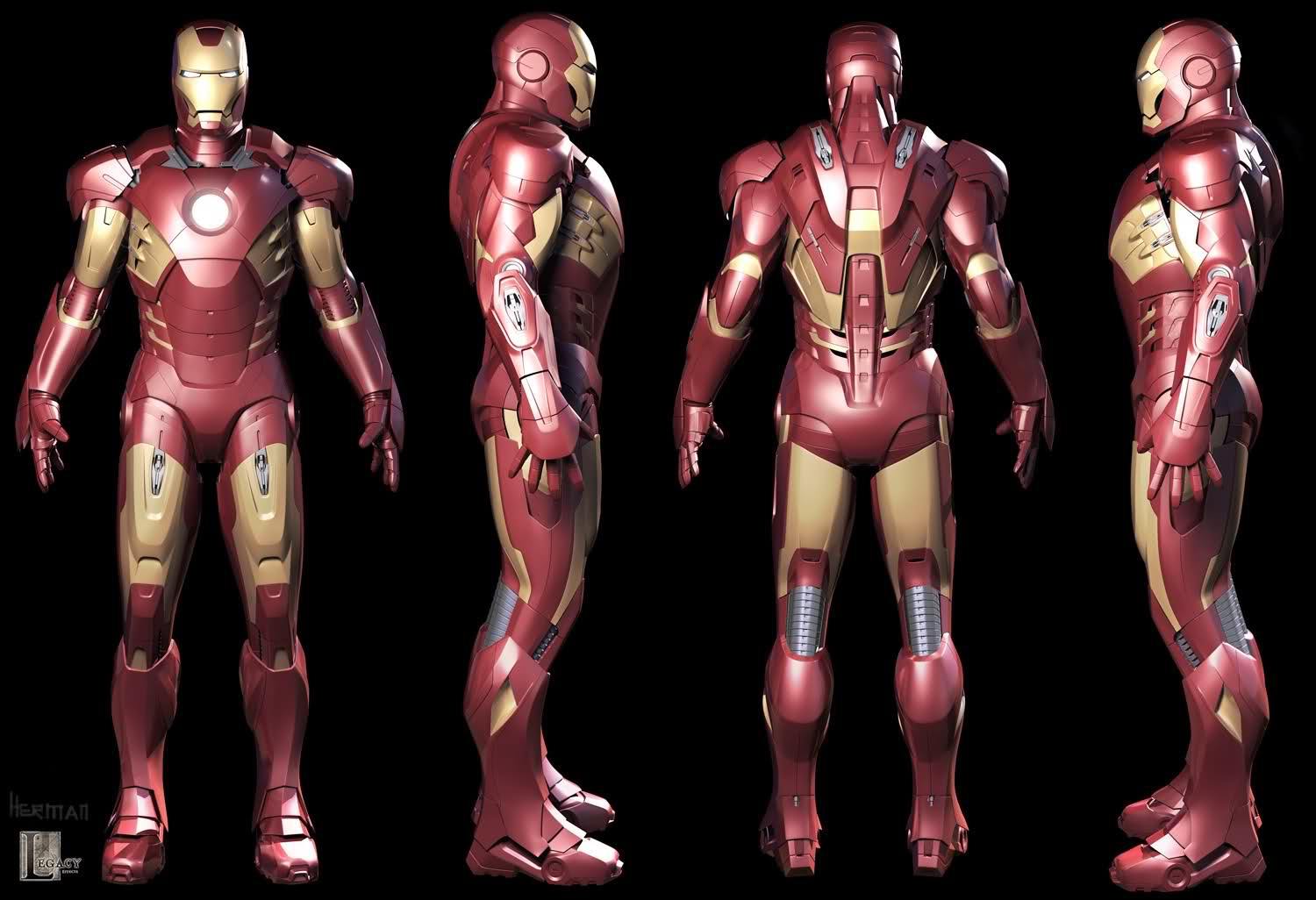 In concept, you'll usually see Exoskeleton suits with either tight-fitting joints (perhaps similar to plate armor, I'm not sure), or, you'll see a mess of wires and occasionally gears. One thing that is naturally ignored or not explained well is the weight that such a suit would have. Supposedly, the person inside can lift his leg just fine.

Other times, the person inside is actually pushing against sensors that trigger the suit to move in the desired way via mechanical motion. Gears, Hydraulics, etc.

My question is strictly covering the second case. However, also keep in mind that there is a human arm and leg in there - I'm not aiming for a pilot who controls the appendages while sitting in a cockpit.

How would the mechanical connections of joints (primarily those on the shoulders, hips, and knees) actually function to power the limbs into the correct positions, while staying somewhat true to a humanoid shape?

There are three basic options available.

In all these cases you need to model the joint first. What degrees of freedom do I need? How can I most effectively generate that movement while staying within the range of movement of the body underneath?

Consider the ankle; two degrees of simple movement and a bit of rotation in the lower leg. The rotation can be displaced upwards so you only need to worry about the pitch and roll in the joint itself which can be done with a compound of two joints.

I'm assuming you're going to largely immobilise the back and neck, so your most complex joint is the shoulder, but even there you can run the a similar model to state both the freedoms and limitations on the movement.

Power supply is the problem though.

First, this doesn't exist in real life because we don't have the technology to make it that powerful and that small. Cosplay suits are either powered by human movement or are bulky enough where this isn't an issue. However handwave a few decades of development and you might be able to do this on a military level.

High-powered servo motors allow for this movement, with multiple attaching to a gear that is affixed to the pivot point of movement. I can't find any hard numbers on torque for robotic servos, but back when I did robotics (as a hobbyist, with hobbyist grade servos) you could get them where it was a bit of tug-of-war to fight them spinning a wheel, and they offer <1 degree precision. Right now they're about the size of a small tin of breath mints, but in our 20-30 years we should see this size fall and the torque increase.

...And there you have it. It's really as simple as that. As time progresses we'll be able to miniaturize the technology while increasing performance, and then it's not much to hide on the suit.

Edit: What's of bigger concern is the power source, as that's a huge concern in robotics and would be a big ol' lump on the armor. But that's outside the scope of the question, I suppose. 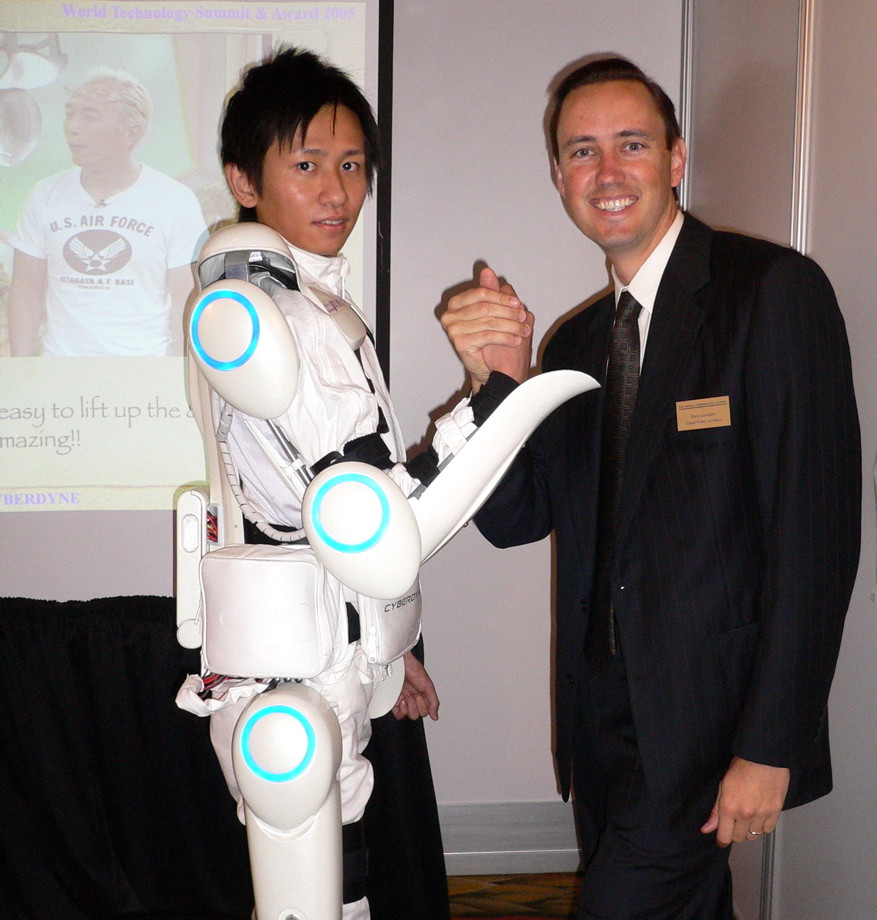 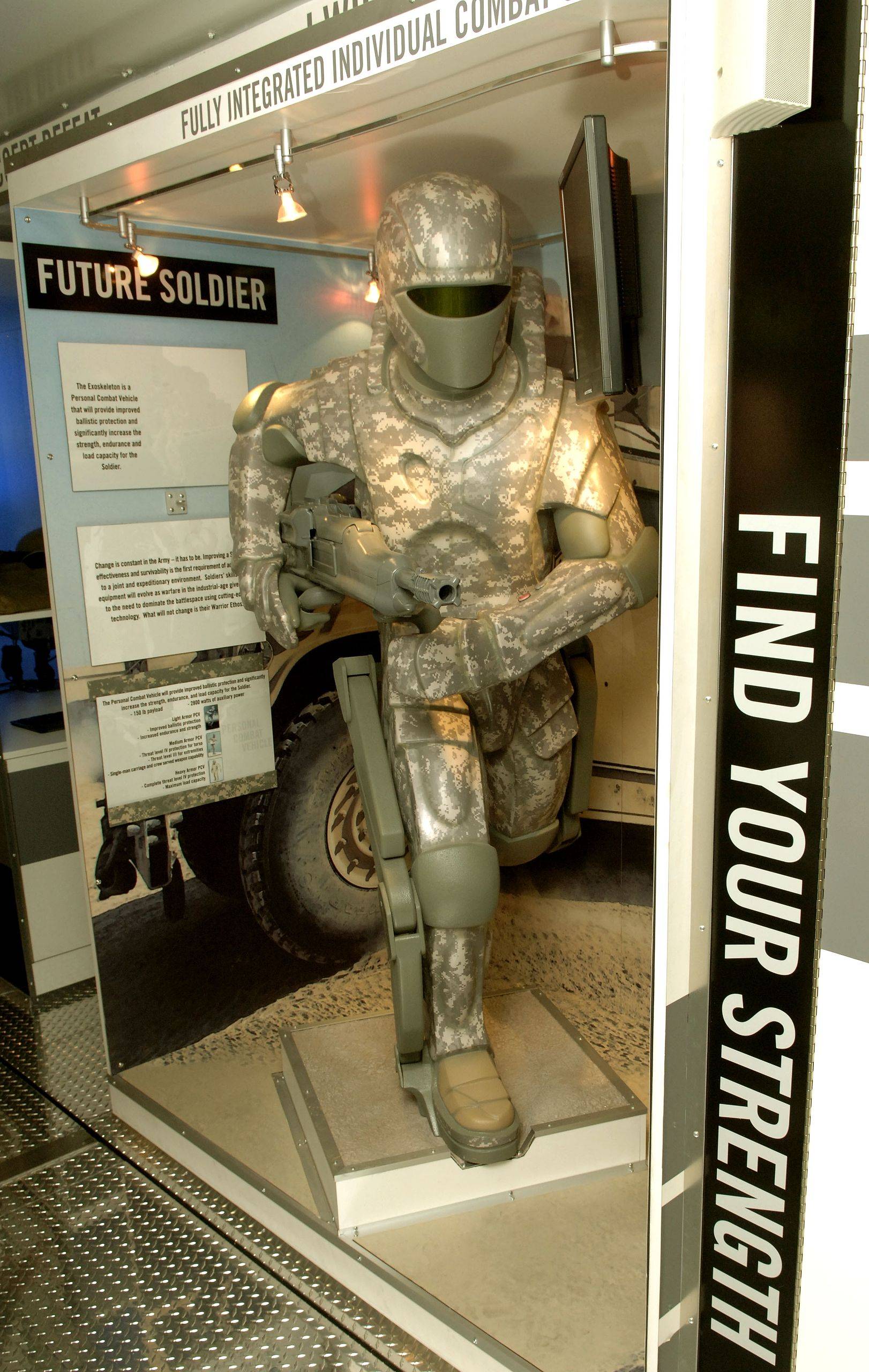 I think this is a concept exhibit not a real suit, but I like the picture for the view of the leg. You can see how the power member (with joint) is simply in parallel to the wearer’s leg.

Just look at some real products that are available commercially now, and technology demonstrations for research.

I've seen such things on TV before, and took all of 20 seconds to find via Google for “military exoskeleton”.

The Wikipedia page goes over the (surprizingly long) history and briefly summarizes how they work, and has a long list of links to actual products you can explore.

Not the answer you're looking for? Browse other questions tagged science-based armors or ask your own question.

3
How might a lost alien re-connect to a hidden secret base
10
How is Charybdis powered?
4
Powered Assault Armor - How possible it could be with near future technology
2
Power Armoring the Marines against blasts
10
How to connect rivers with canals in Europe with late medieval technology?
16
How can my powered armor quickly replace its ceramic plates?
11
How to prevent powered armor from letting people carry bigger guns?
3
Powered armor that enhances speed. How useful would it be?