Could Rome Have Invented Gothic Architecture?

There is no doubt that Rome was one of the key lords of architecture. Force and weight could be distributed through the dome and arch. Concrete could ensure the building's longevity.

But then, I was looking up Gothic architecture and read just how practical these ornate, decorative features actually were:

Granted, the name "Gothic" is discouraging to the Romans, as the Goths were the ones responsible for the sacking of Rome itself. But even if we renamed the architectural style to something else, one question still remains--could the Romans have invented this kind of architecture, or was something stopping them?

The Romans were pretty smart, and inventing the sorts of features we call "Gothic" were not beyond them, but the Romans were also a practical people and their buildings were generally utilitarian in nature.

The driving force behind the development of Gothic architecture was to build soaring monuments to the glory of God, and to literally have men raise their eyes to the heavens as part of their experience of worship.

The Romans, on the other hand, idolized the Classical Greek civilization, and their public architecture generally emulated the Greek forms rather than attempting something new and different. Looking at reproductions of the Roman Forum you are struck by the similarities to the Athenian Acropolis: 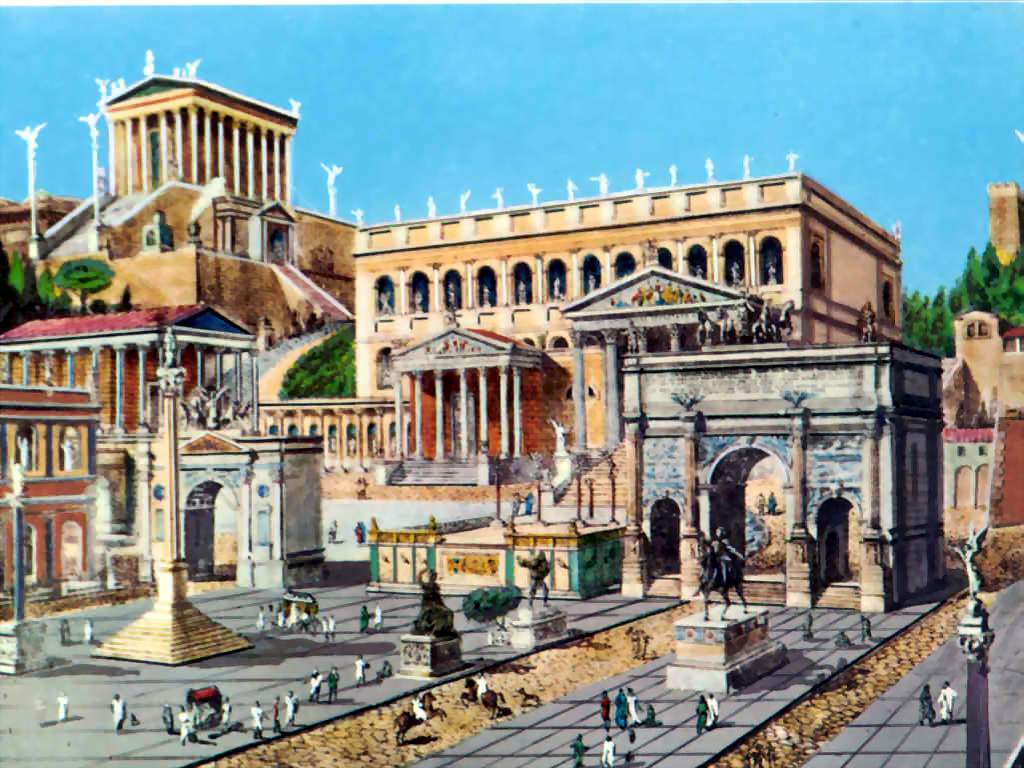 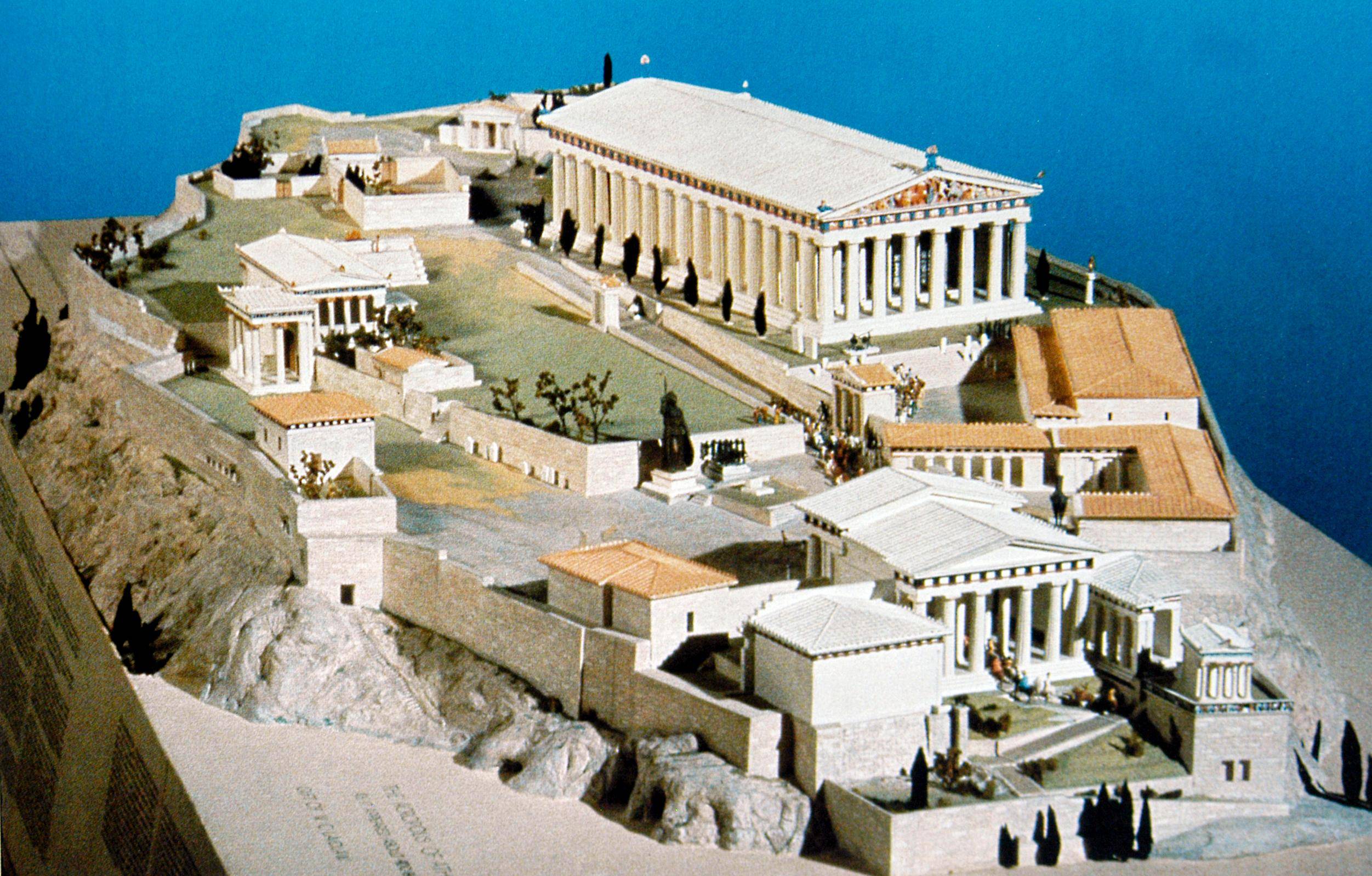 Even the Roman pantheon was essentially the Greek pantheon with new names pasted over the old ones (Jupiter=Zeus; Minerva=Athena; Mars=Ares, etc.).

Later in the Roman empire, the traditional gods were slowly supplemented by "mystery" religions, such as the cult of Isis or Mithras. Because they were "mystery" religions, the emphasis was not on public worship or missionary outreach, but rather to keep the mysteries of the religion secure from outsiders. Ornate temples would be counterproductive under these circumstances. Even the early Christian church was built from very small and localized congregations, and if you were to look at the history of the church, there were a lot of competing churches even into the early Middle Ages, such as the Cathers, Nestorian Church, and even the Johannine church (which claims John the Baptist is the true Messiah).

The Pauline church which eventually "won" the competition in the West and became the Catholic (Universal) Church needed to build very impressive monuments to demonstrate its power over both the spiritual and secular worlds, which in turn demanded the development of architectural tools to make these visions come to life, hence the development of Gothic architecture. 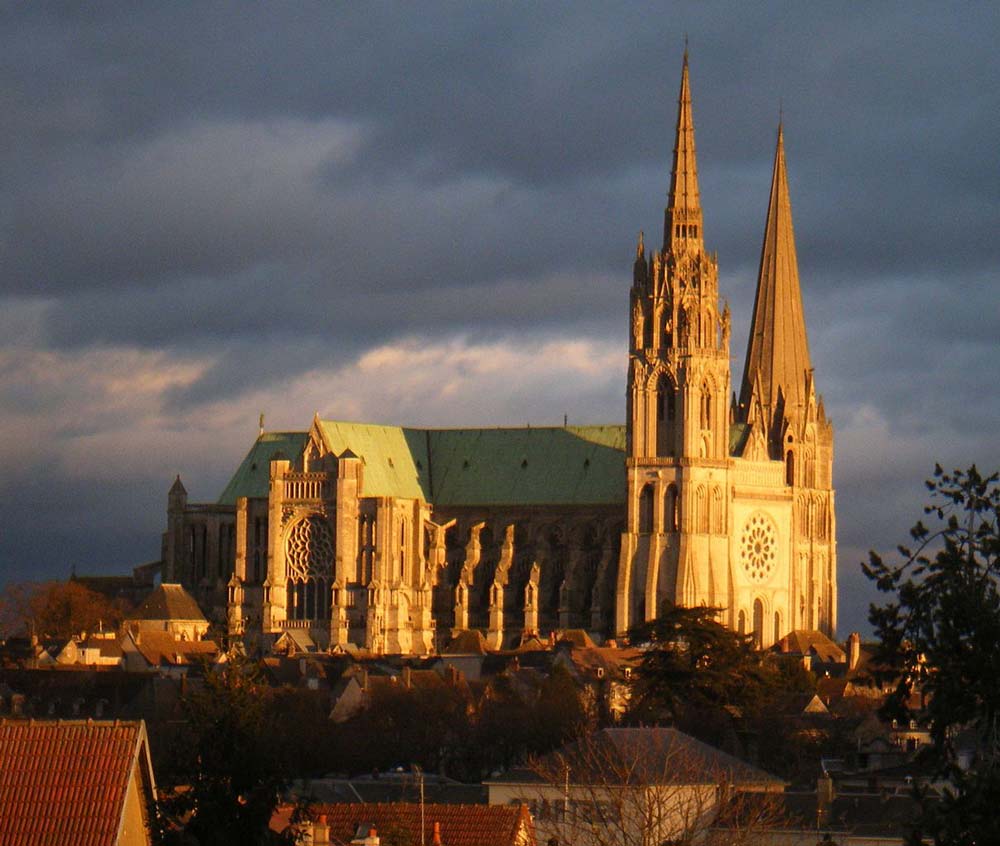 They could have; the coliseum is arguably Gothic or rather the inspiration for Gothic architecture and in many ways medieval society was less advanced.

But why would they build such structures? Ultimately this is a question of opinion, but it could be argued that in order for the Romans to 'invent' Gothic Architecture, they'd have required a cultural difference rather than a technical difference in their society.

Not the answer you're looking for? Browse other questions tagged alternate-history architecture .