in the recent Star Wars: The Old Republic expansion Knights of the Fallen Empire, the planet of Zakuul, seat of the Eternal Empire, has a number of buildings that are so big that they're clearly visible from outer space as long pins on the globe, even when so far away that one can see the entire planet at once. Below is a picture of Zakuul with the towers clearly visible. 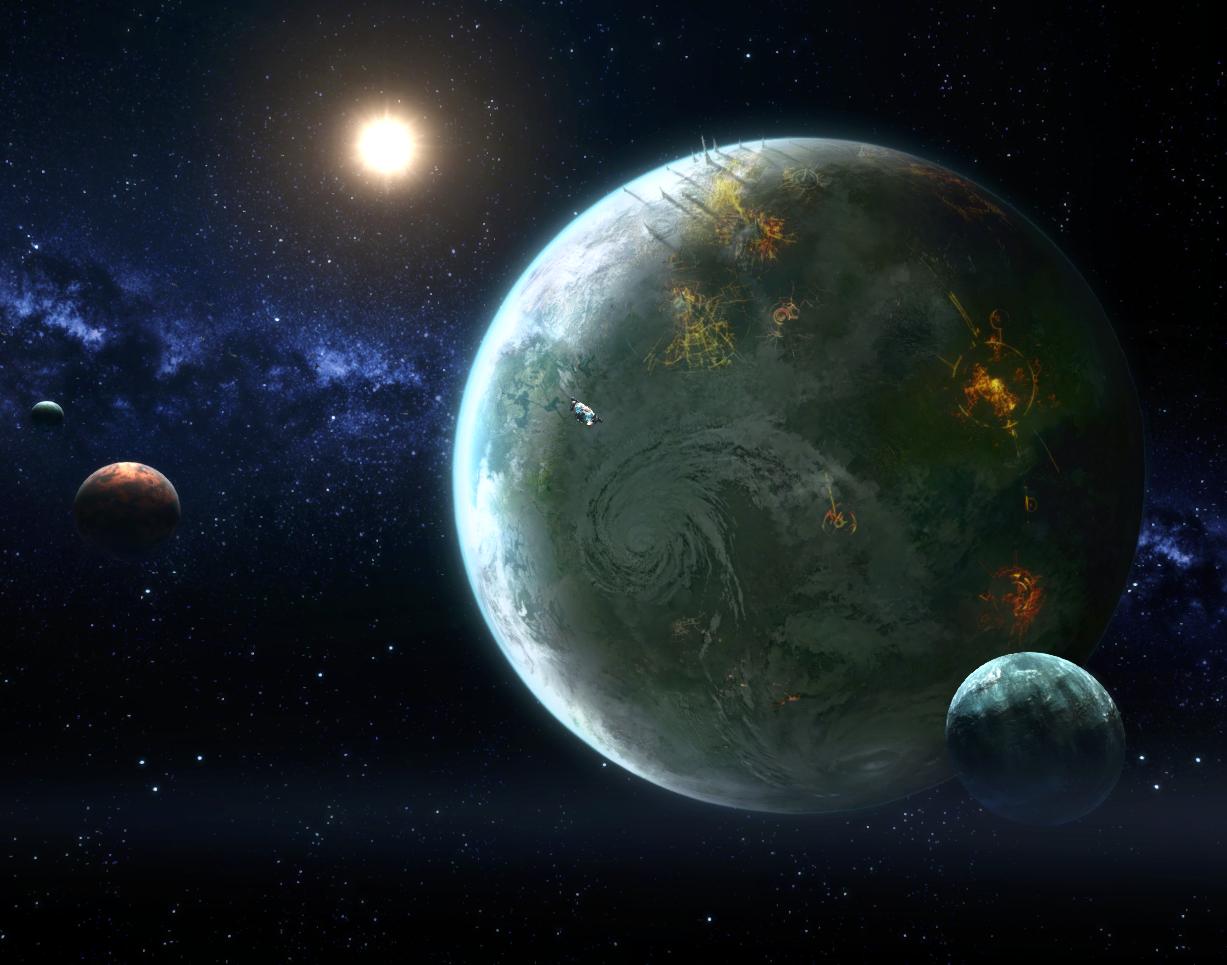 Here is another image of the towers with a spaceship for comparison. The tower you see here is the same as the tallest tower in the top image. if you zoom in on the orb, you can JUUUST about make out the Eternal Throne itself. 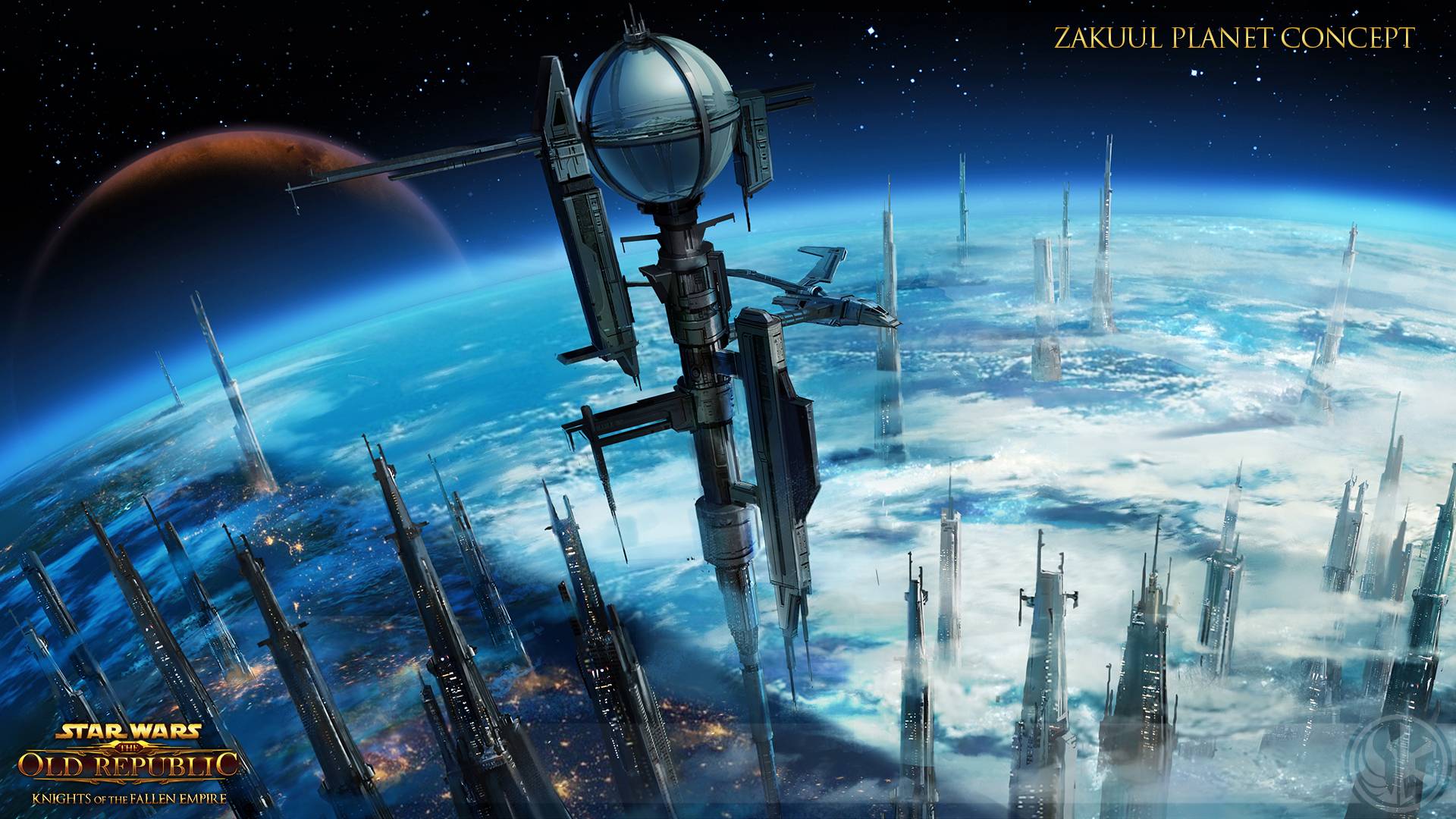 Obviously, on our current Earth with our current tech, such towers would be impossible. However, this is Star Wars. How would the inhabitants of the Galaxy Far Far Away build a tower like this?

Antigravity. Star Wars technology clearly includes control of gravity, since people walk around normally in spaceships and stations (the Death Stars may be big enough to plausibly generate some gravity from their sheer mass, but nothing smaller is), and you can build arbitrarily tall buildings if you can turn off gravity locally.

In the real world, we do have the concept of the "orbital elevator" which is reliant on materials technology rather than antigravity (as one would think would be used in the Star Wars universe). Obviously, in a Star Wars universe, using something that neutralizes gravity itself may be the cheapest thing to do, but there is a theoretical possibility of building something which would connect what amounts to a geosynchronous orbital platform to a single point on the surface via an incredibly strong and light weight, gigantic cable. We do not have the technology to do this, but some research into carbon strands and other materials has taken place to see if a material light and strong enough could be built.

Not the answer you're looking for? Browse other questions tagged science-based construction or ask your own question.

3
How much would take and cost to construct a building/tower that reaches space? (with todays technology)

2
How do I build my Space Fleet?
2
Does it makes sense to build a "space tower" in Indonesia and Brazil?
0
How high does a tower have to be, so that centrifugal force launches a payload into space?
7
How high could a Lego tower be?
3
How do intelligent spherical creatures build houses?
9
How far down into the ground is it practical to build?