In this alternate scenario, only the Rocky Mountains and the Appalachians stand firm in the United States. Even so, some differences apply. 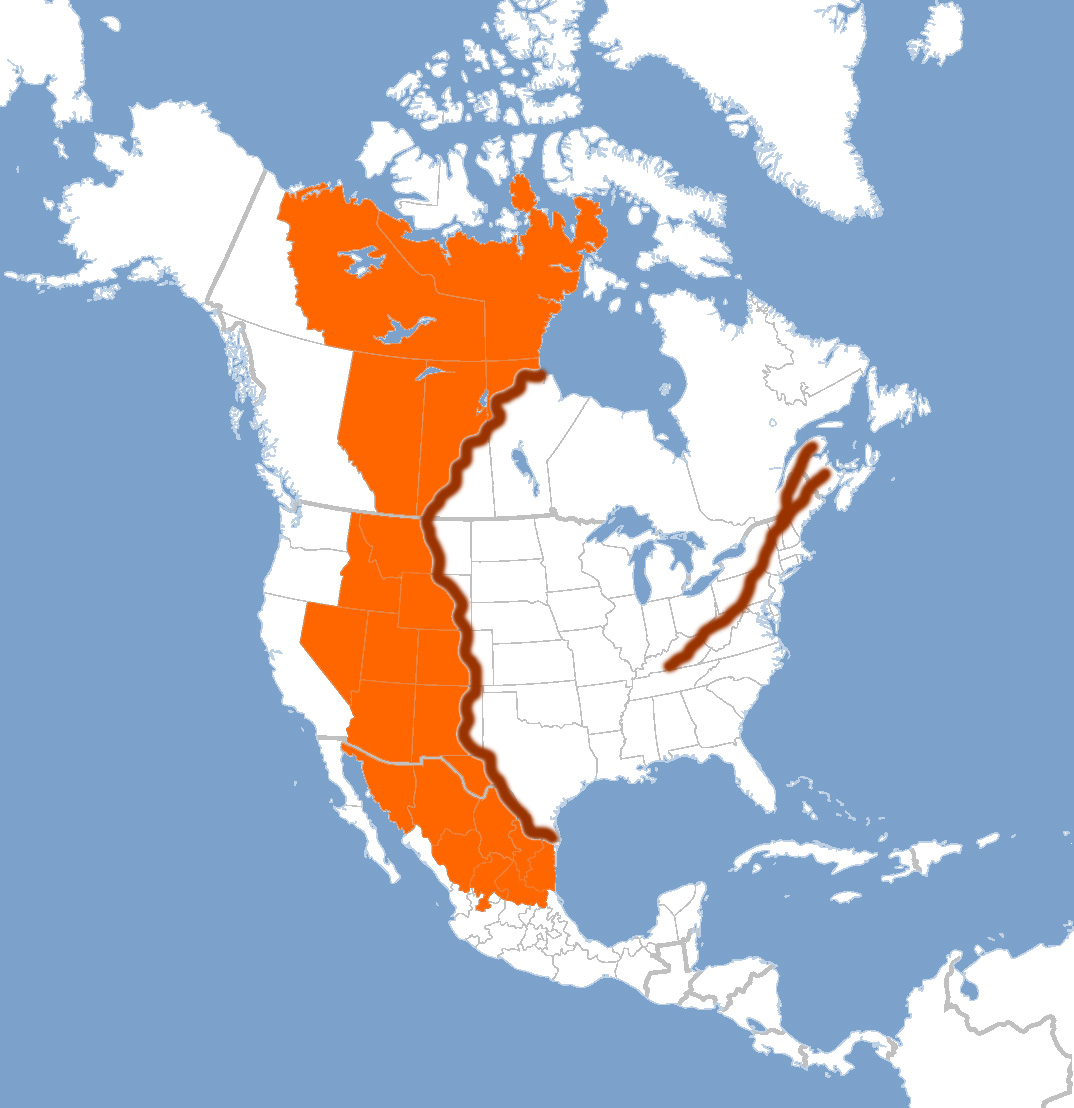 For the sake of scope, let's just narrow down to the Midwest, dominated by the prairies of the Great Plains. With a closer Rockies, both ranges being dramatically taller and a plateau blocking off the warm, dry air crucial for the creation of Tornado Alley, would the Midwest still be prairie?

Two of the primary airflows affecting the weather of the midwestern plains are cold air masses coming down from the arctic in the winter, causing periodic blizzards in otherwise subtropical Central Texas, and warm wet air masses moving up from the Gulf along the Mississippi River, bringing heavy summer thunderstorms to the upper plains.

So the two major systems are not affected by your changes, so the Midwest would be pretty much the same as they are. Most Atlantic storm systems track the coast and don't cross the Appalachians to bring rain to the Ohio valley anyways, so that isn't changed much either.

There is one thing that would significantly change though. The high mountains and plateaus of the Rockies would strengthen the North American Monsoon. Especially if the highest parts of the plateau were in Arizona/New Mexico/Chihuahua, you will see a massive low pressure zone develop in summer much like the Tibetan plateau that drives the Indian monsoon. Now you sill aren't as high as the Himalayas or as big as the Tibetan Plateau, so you won't get quite that much rain, but it would be closer.

I suspect you would see westward winds from the Gulf flowing across Texas to NM/AZ in the summer months, Jun-Sep. To imagine the climate in those months, look farther south in the tropics to Veracruz, Mexico. Texas would probably start seeing 4 summer months of 100% humidity, and heavy rainfall...a Houston year in only 4 months, plus normal rainfall patterns the rest of the year.

So Texas is now a rainforest? Not quite. You still have yearly freezes since nothing is blocking canadian air coming south. So tropical trees can't survive. Again we can look to Mexico for a solution. The mountains above Veracruz get monsoon rains but cold winters due to altitude. As a result they have a (mostly) unique pine-oak forest.

As for changes in fauna, I'm sure Black bears and Peccaries would be more common; both oak and pine provide great food seeds. White-tail deer and Elk would be there too, along with Bison along river floodplains. And with a new forest covering Texas, the America's top forest predator would be common too, the Jaguar.

Not the answer you're looking for? Browse other questions tagged environment weather mountains or ask your own question.

3
What would be the major weather patterns on this map?
0
The Rocky Mountains, Great Lakes Earth
0
The Midwest, Great Lakes Earth
1
Changing the Danger Zone of Tornado Alley
5
How would a large arctic mountain range affect the weather?
1
The Titanic Ozarks
4
How to Renew Old Mountain Ranges