I am thinking about the miniature kind of fae, like Tinker Bell. I think that class of faery would be the most likely to be able to fly realistically, due to the wingspan/body weight ratio.

But would their lungs support their bodies if they were like our own?

What do they eat? Where do they live? How did they evolve?

Start with a hummingbird and anthropomorphize it into fairy-form. Long thin legs when held together can serve as a tail. With arms that can reach into the flowers for food, they no longer need long beaks. Ditch the feathers everywhere, except where modesty requires.

Do they really have to be as intelligent as Tinker Bell? That might be tough on such a small frame. How about making them trainable like a miniature "purse" dog and let that training (provided by larger anatomically correct fae) fuel the myth that they have human intelligence.

How did they evolve? There is a Darwinistic advantage to looking like a miniature human-being. Birds of Prey who might usually feed on creatures of pixie size, have only survived themselves by staying clear of the bigger humans; so they hesitate. And that hesitation buys the quick little pixies just enough time to escape becoming lunch.

Flying fish fairy is good enough ? They are small and cute so to me it seems a good start. 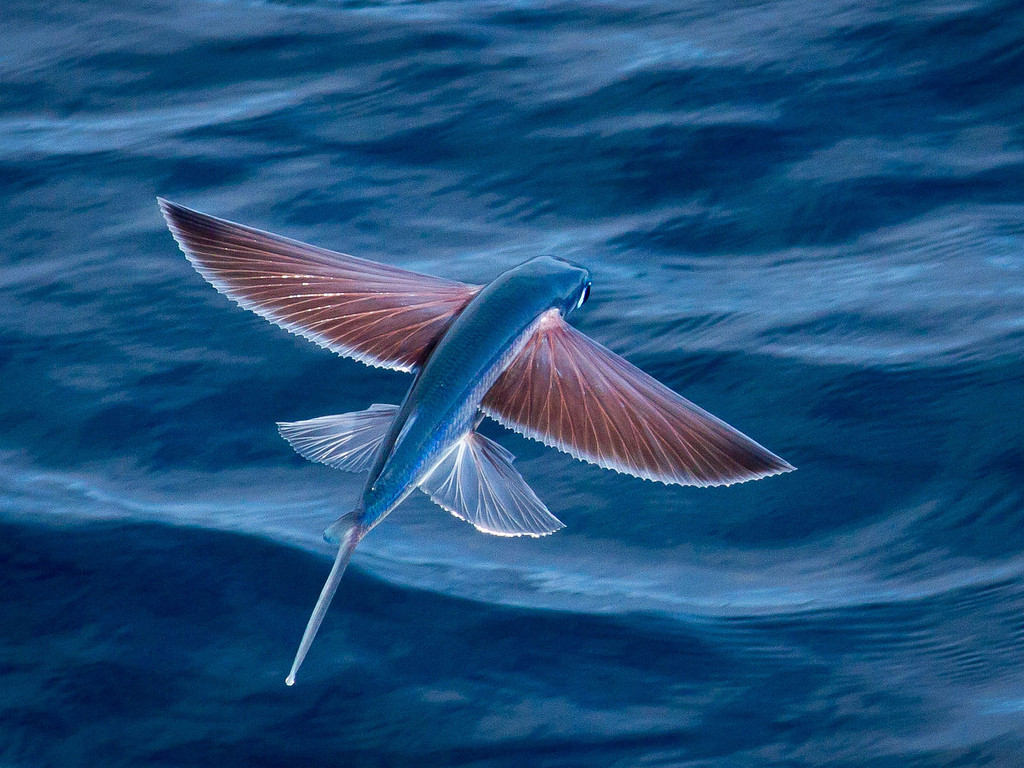 When I'm in boat these fish always come along to avoid predators, Sure if there were mutant fish that looked just slightly like a small humanoid someone would want to help them survive or adopt em and breed them to look cute and more human then ending with a fairy like animal .

Some hundred of generations and they might look like a little person of 19 centimeters 7'4 inches with four big fins on the back. Here a fast 3D sketch with size comparison 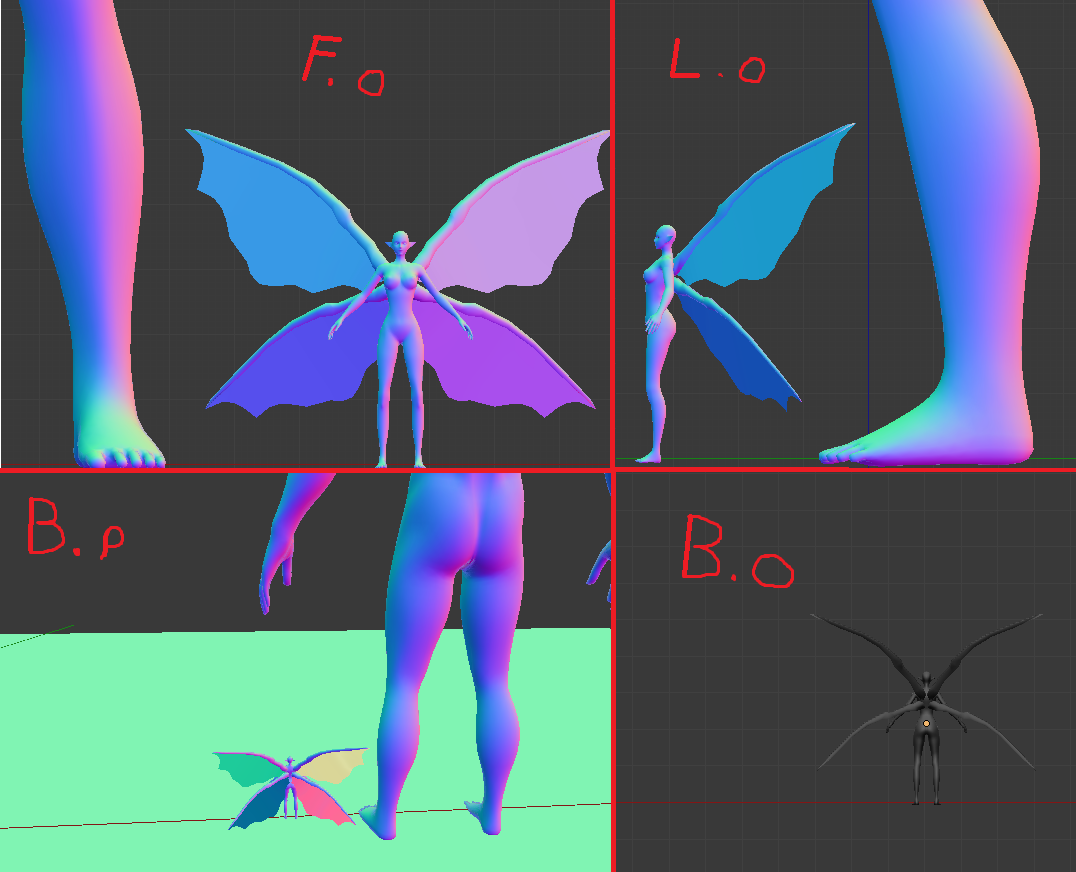 The shortest documented adult ever became only 54.6cm (21.5"). Even though this is quite small, I'd say it is definitely way too large to be able to fly with (butter)fly wings. I could rather imagine bird or bat wings. I also assume you cannot simply gain a human in a form as tiny as one wants to imagine as many of our organs probably have a limited minimum size to function properly. You'd have to change the internal body massively and throw out anything not absolutely necessary. Also they'd probably not as slim but rather have a stocky body and a quite oversized head.

Retaining human intelligence with a brain a fraction of the size of ours is hardly possible. They may have a slightly improved efficiency but barely anywhere close to human intelligence. Also a more efficient brain would raise the demand of energy so they'd have to eat and sleep very much. In addition to the high energy demand for their flying ability I'd say that's a very limiting factor.

As for your last question, that's a matter of supply and demand. Since human teeth are like ivory to them they create jewelry from, less people believing in fairies mean less teeth and thus higher value per tooth.

The much more important question is: why would such a creature develop? Did they develop out of a hominid or an insect, and why would it shrink and develop full wings but not change anything else (or vice versa, why would it change its body into the human form)? The human body has specialized to living on the ground and it's obviously totally ineffective and useless if it was able to fly.

Intelligence doesn't necessarily need a large brain. Of course there's debate about this, but there's a definite hypothesis that what matters is the brain-to-body-size ratio. Possibly your fae might have a larger head relative to their body size than we do, but that's well within the bounds of fairy artwork.

No problems with lungs. Birds manage it, so a fairy the size of a bird can too.

What about distributed processing for brain power? Like octopus limbs, have most of the body take care of itself and only update the primary brain as needed, as well as additional processing in the spine. This would free up space for cognition. A human brain the size of a bird brain would be pathetic compared to the bird because bird brains have higher neuron density and have a higher processing efficiency. Your fairy could be better then a bird brain and have distributed processing power. The fairy will probably be totally covered in fur as well unless its in a very warm area, or itll need to wear lightweight insulating clothes.

8
What does the anatomy of a fairy (10-20 inches tall, flying humanoid being) look like, as evolved from a regular human being?
8
At what size would a Fairy be biologically viable?
4
Creating realistic fairies