Best kind of creature to be capable of biologically spawning an 'ecosystem' with borrowed organic tissues?

In an old story of mine, there happened to be a species of humanoid who could produce a variety of mutants and hybrids from stolen and harvested DNA, sperm, and biological tissues. They would produce organic embryo-holding pillars, or eggs, or sacks to contain their countless highly differentiated young until they were fully developed, and hatched into whatever bizarre spawnling their given "scrunch" of DNA allowed. I found this grody form of mass spawning very fascinating and alien, and wondered if a body of perfectly sustained cultures really could reproduce anything from its dumpster of stolen DNA and tissues from foreign species.

In hindsight, it was not a very realistic concept for a relatively-small-for-the-scenario humanoid to mass-spawn infantile creatures from thin air, sometimes in the dozens or hundreds. This had me thinking about the plausibility of a creature specifically built for "creature building" as a reproductive concept. Hypothetically, I am wondering what baseline type of creature(Be it a plant, insect, or jelly, or mammal, or some alien thing with the ability to do "X" with samples of organic tissue, and so on) would be best suited for this task instead of an over-sized humanoid.

Currently, the guidelines for what such a creature would have at their disposal would be this:

TLDR; What is the best type of creature to act as a mass mutation-causing, clone-making baby machine?

(I did not add 'reality-check' to this question due to how implausible or strange it seems. I do not know enough about this subject to understand how ludicrous the concept may be. I also would like to leave it open to scientifically impossible, but still somewhat more compatible concepts.)

So after some consideration, this is what I've come up with. 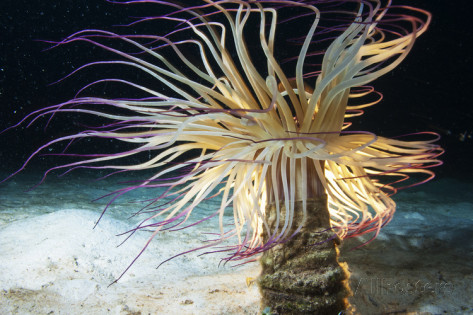 Sort of a half plant half animal hybrid similar to a sea anemone. Maybe slightly more mobile like a sea slug.
It would have a wide trunk, be 30 feet tall, and have a flaring top with tendrils that hang down.

The tips of the tendrils would have stingers that would be used as defense and to immobilize prey for absorption of nutrients, but at the same time would sample anything they touched, taking cells to be cultured.

Its trunk would be honeycombed with many small incubation chambers, where sampled cells would be placed so they can be cultured and grown.

It lures creatures to itself using pheromones. When a creature comes to check it out, it stings them, taking a sample and delivering a powerful paralyzing agent, so it can then dissolve them down to their component chemicals.
As it slowly moves across the landscape it absorbs all biological material it touches, using the nutrients to grow new things.

Inside it has biological factories to break down and recombine the samples it takes into new forms. Once it finds a form that it deems to be viable, it creates a long arrow like spike in its cone snail like radula sac, injects the cultured cells into a bulb on the back, and spits it up, where air resistance takes over so the spike lands point first, and with the incubation bulb up high out of reach from predators.

The spike puts down roots for water, and leaf like panels to turn sunlight into energy to feed the growing fetus. It also extends small hair like needles with the paralyzing agent inside as another layer of defense.

The offspring matures in the sack until it is ready, and then the sack splits open to release it. The spike begins to liquefy, becoming a nutrient paste that the offspring can consume. The paste contains the same paralyzing agent, which the offspring is immune to. It eats the paste and any wild creatures that were paralyzed until it is able to survive on its own.

As a general rule of thumb, more complicated organisms change more gradually. Several previous Science Fiction authors like to use fungi for the role you are describing, particularly because of their ability to spread spores, adapt to new environments, and their diversity in function.

7
Breeding two species to become genetically more similar?
18
Biophage: A creature that kills all other creatures
6
Which cells to pick to get a pure sample of DNA without precise equipment?
3
is it biologically possible for a creature that can be compatible to reproduce with any creature?
3
Is it possible to create an organism that is completely immune to radiation?
0
Feasibility of the Spore Mantis
5
Could a creature discard its skeletal system to function like an octopus?
8
Is it possible to create a new hybrid species of the homo genus that can produce offspring?
3
What is a good rate of growth of size and numbers of creatures that start with a microorganism?
3
Can an organism have body structure materials that crumble upon being injured?