What is the minimum industrial infrastructure required to colonize Mars?

There's resources on Mars but the environment is completely inhospitable so sending colonists before the requisite infrastructure to support them is established is doomed to fail, at least that's what I believe.

So what's the minimum infrastructure required to: 1. Obtain Martian resources 2. Process these resources into useful materials 3. Manufacture modern technology* from these materials

Bonus Question: Can all of the examples be made from Martian resources?

Edit: I believe all the work can be done by tele-operated robots and indeed that such robots should be the first stage "colonists" since a human colony practically necessitates dropping a pre-built and already self-sufficient colony on Mars. If you can all forgive me for rephrasing the question, what would be the minimum capabilities of these tele-operated robots in order for them to be capable of building the infrastructure necessary for human colonists to successfully and permanently colonize Mars?

I stress "permanently" because importing tungsten carbide mill/lathe bits and O-rings from Earth isn't a permanent solution, a colony dependant upon outside resources is an outpost always on the brink of collapse. Once the supplies stop coming it may take months, years or even decades but sooner or later the life support machines will break and it won't be possible to fix them.

Well, if you want the minimum infrastructure, I would suggest that you look to stage magic and "do it with mirrors".

A large orbiting mirror can focus and concentrate enough sunlight on a a small area of the planet to start melting water out of the permafrost and icecaps, and vapourize the CO2 out of the Southern ice cap. A larger mirror can melt trenches into the soil, creating glass which can be cut apart and made into bricks as building materials. An even larger mirror could potentially concentrate enough heat energy on the soil to break down the iron oxide down into iron and release oxygen into the atmosphere. 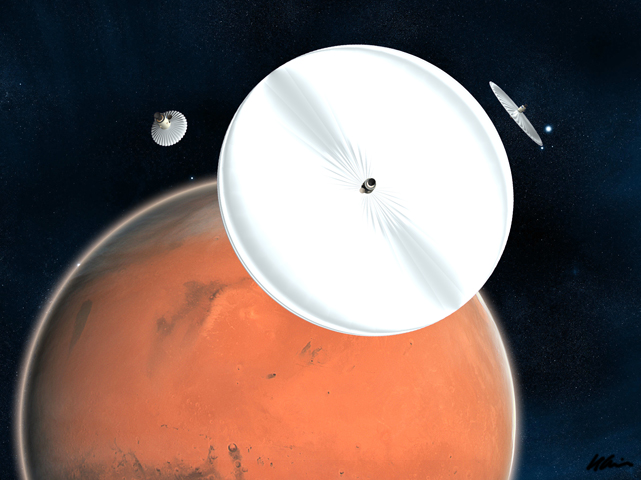 Of course a singular mirror which can focus enough sunlight is improbable and difficult to control, so in the "real world" the minimum infrastructure will be a platoon of mirrors in orbit, with the command and control able to manoeuvre the mirrors to focus the sunlight at the times and places required for the various warming or melting tasks.

So what's the minimum infrastructure ...

We do not know yet, we haven't did that, and we do not have such systems here on earth, specially for high tech. (because we have not much need to do so here on earth import-export system between countries and cities works pretty good)

Musk thinks about 1 million of peoples, which will be challenge but probably doable.

My estimation are something around 20kk peoples are capable to support infrastructure in the way as we know it now, and develop it farther. (estimation based on sizes of countries, and cities, and implies more relaxed development then Musk suggest)

In both cases we talk about big enough city.

Solar panels - as main part of them is Si (for those where it is, not all) and glass, and some metal(I mean conductors - Al, Cu; frame could be done from glass) - yes we might make solar panels on mars. 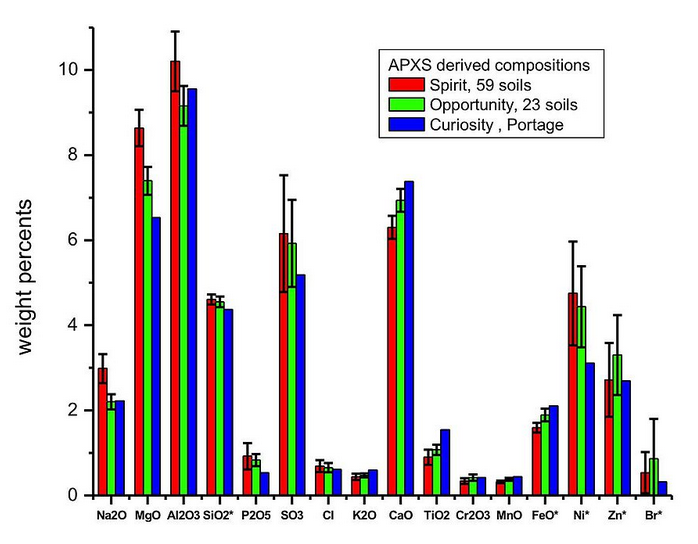 As u might see everything isn't so bad. And overall it's expected to be similar with earth compositions, as far as I know, this way some special problems with resources compositions (elements) are not expected. Except gases and water.

But where to search and dig - is open question.

With water everything isn't so simple, there is some, and maybe (not searched for that, but as for analogy with earth) water can be in pockets in the crust, so next blue gold instead black gold is possible and also in deposits of hydrate minerals, besides observed water and ice where this water also should be.

This liquid bears important substances such as lead, silver, tin, bismuth, and antimony. Sometimes minerals in the magma chamber are so hot that they occupy a gaseous state. Others are mixed with water and sulfur in aqueous solutions. The gases and mineral-rich solutions eventually work their way into cracks and become useful mineral veins. Ore minerals, including the incompatible elements, remain dissolved in the hot solution, then crystallize out when the solution cools. Deposits created by means of these hot solutions are called hydrothermal deposits. Some of the world's most significant deposits of gold, silver, lead, mercury, zinc, and tungsten started out this way.

So it's expected to find most things we are using, but where and how concentrated depends on geology processes which had place on mars etc. Also different asteroids craters, as mars have less erosion could be useful.

But over all there could be so that other processed had place on mars, which could do things better for us in therms of getting stuff. Although we know less then we should.

Plastic and such could be done from CO2 atmosphere, if larger deposits of water will be found.(and that's looks like possibly), big topic https://en.wikipedia.org/wiki/Water_on_Mars

Carbon (CO2) is one thing what makes great difference between Moon and Mars colony, which is vital for self sufficient colony, as we are made from that stuff.

Not the answer you're looking for? Browse other questions tagged technology mars modern-age science-in-society infrastructure or ask your own question.

7
Shielding Mars from the Solar Wind
14
Do the moons of Mars have enough gravity to colonize?
8
Balanced but Factionally Divided Government System for my Mars Colony
4
Self-sustaining Mars colonization
67
The first McDonald's restaurant on Mars
2
How can a wealthy and enlightened minority manage to create colonies on Mars and cheapen space mining in a world of mysticism?
15
What is the minimum required technology to reanimate someone who has been cryogenically frozen?
6
Producing solar panels on Mars - what is minimal process required, and the mass to import it?