Currency that can stand extreme temperatures

In one of my stories people often visit areas which have extreme temperatures.

Humans can stand these temperatures due to spells that only work on living beings and some items of clothing.

What physical material could I use to create currency which can range from 10000°C to −272°C without destroying it?

If I can't find anything that can, something close would have to do.

Yes, when you are walking on the sun, you need to keep it your magical purse tightly closed to keep the high pressure vapor from escaping. When you get back, it happily cools back down to a solid.

Alternately, just keep payment within the magical boundaries. Carry your gems in your mouth. If you are selling the Bazaar on the Sun, then you need to transfer it to your client's mouth. Haggling and making change are considered the most romantic parts of the Bazaar.

If the spells only protect living creatures, and you need a portable form of currency, you are left with only one rational choice... I give you... 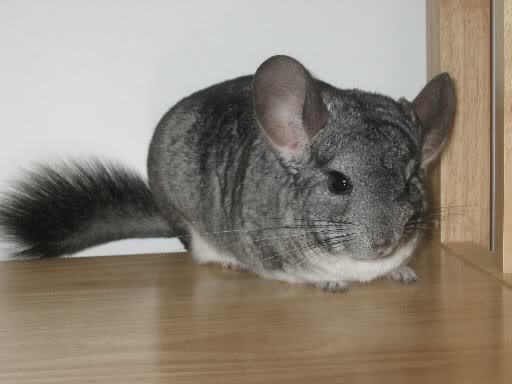 Use an animal as your purse.

As already noted, since no form of matter can stand the temperatures required, the only way is to store the currency inside living things.

There are many animals that can do this. For example, you can bring along a number of chipmunks, which will keep your money inside their cheek pouches. This has the benefit of maintaining supply levels of the medium of exchange, which may be destroyed by inflation if the animals themselves are used as currency. 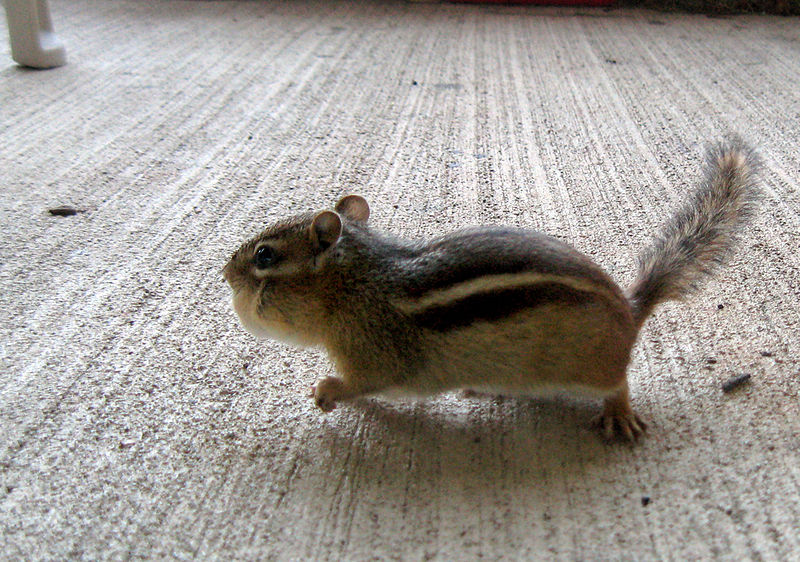 As far as materials go, after a short google search, I found that highest temperature you could hope for is approximately 3000–4000°C with gemstones, or around 3400°C with refractory metals. What you want though is heat insulation and dissipation, and/or ablative shielding. Through use of specialized containers, made from these metals, or heat resistant ceramics, you might be able to keep coins or gems at a relatively (compared to their melting point) low temperature.

Alternatively, if some clothing items resist heat through protective magic, you could use those as currency. Clothing and fabric has been used as a form of currency in our history as well

If the spells affect clothing, why not make a wallet of that magical clothing?

As for reality, check the information from this article:

Computations show that a material made with just the right amounts of hafnium, nitrogen, and carbon would have a melting point of more than 4400 K (4126.85°C/7460°F). That's about two-thirds the temperature at the surface of the sun and 200 K higher than the highest melting point ever recorded experimentally.

It doesn’t talk about what would happen if frozen, but I think it’s safe to say if it is solid at those temperatures, it would stay solid below.

Money doesn't have to jingle. Rai stones aren't heatproof but they don't have to be. They can sit at the bottom of the ocean while still remaining valid and usable currency.

Money doesn't have to be in the same room to use. I can sell you something based on the promise that money in the bank will be be transferred to your name.

Money can sit still in one place where it's safe and it's enough that everyone knows who it belongs to and the ownership can change with the money never moving.

(...) Humans can stand these temperatures due to spells that only work on living beings and some items of clothing (...)

(...) What physical material could I use to create currency which can range from 10000°C to -272°C without destroying it?

Since pretty much anything above 4000°C will gaseous at best, and otherwise a very hot plasma, the answer is in the question itself. People will do trade using the only thing that you can magically protect to withstand those temperatures:

They won't have many material things to buy or sell, though. That would be a pretty limited market.

Now, if people can keep tabs on each other, they can also pay each other with favors, services or information. Notice that "information" here includes bitcoin and other crypto-currency transactions, if you can inscribe a string of bits on a piece of enchanted clothing so that you can type those in a computer when you go back to more "normal" ranges of temperature.

Have a currency based on substance, and not prefabricated pieces.

Have the society artificially establish the value of a substance (could be gold, could be something else) that can easily move back and forth between forms. Try to establish the artificial value of the substance above its natural value to the point it's easy to transfer. Back its value by alternate currencies (other substances with similar properties) by having a powerful financial institution (a massive bank or a government) willing to trade the gold to the other currencies if the value ever drops. This should be a clear stabilizing force.

Like bitcoin, the substance can be 'created' by entities outside the organization which does hurt the usability of it as currency, but doesn't destroy its value.

So if, say, you go with platinum, its value is determined in grams. Thus if it's turned into a liquid or solid it doesn't matter, and can still be used as currency.

First of all 10000°c almost twice the temperature of surface of the Sun! All your surroundings would melt no matter what spell you'd have. Even though you wouldn't drown in that lava (since it's more dense than a human body) you would have a problem of the floors shifting due to being liquid. Also the amount of light that temperature would emit would blind you.

So perhaps limit a little bit? Otherwise I'd say make money out of that magic cloth - it's thin and easy to carry, you can, probably, print on top of it, it's rare so it's would get counterfeit easily and it's easier to control it.

The current record holder is an alloy of hafnium, nitrogen, and carbon whose melting point is 4120°C. (This alloy has only been computed to have these properties; the previous record holder, tantalum hafnium carbide, has already been synthesized and has a melting point of 3942°C.)

So, you'll either have to go with using a living creature for (storing) money, lower the maximum melting point required, or accept having to deal with molten / gaseous “money”.

How about tattoos combined with a cryptocurrency? ...combined with magic! Let's say there's a magical cryptocurrency, and the private key is kept as a temporary magical tattoo on each person (perhaps even invisible to non-wizard types). When a transaction is made, both people involved get modifications to their tattoos to incorporate the change of this virtual "currency".

if living things can be protected, then that seems like the most logical solution.

This answer isn't as cute as chinchilla coin, but I'd suggest you think about those spells. It protects people and some clothing. Why are humans protected? Why is that clothing protected? If it because of purely biological origin (as an example) then any purely biological coin would work. Bone maybe? You've already solved the problem of how things survive otherwise fatal temperatures (humans are notoriously flammable) so find out why that works and you can easily figure out what type of coin that would work on.

What about housing, food, water? What's the ground made of? If they're travelling through plasma, what's the ship made of?

Any of the above can be used as the basis for currency, just add security markings.

-272 C is not a problem as far as stability goes; virtually everything is solid at that point. Not dying because all the air has frozen, leaving a vacuum, that's a different matter altogether.

Slaves
With those extreme conditions you ask, slaves are the only object that can exist, really. Without introducing any new rules to what you described.

You should look at Reinforced carbon-carbon but will probably not be able to withstand 10,000C.

Money isn't worth much because it's so valuable, but because we all agree that it has the value.

1 dollar and 100 dollar bill can be made for the same money, but be worth different values if we agree to it. We make some steps to ensure that you can't make other 100 dollar bill easily, as well as keep the production of our bills as similar as we can, so we can spot the frauds, but this shouldn't be issue for you.

You said that you can carry some items of clothing. Great! We have two options in here:

You could also use 2. to add a plot, where some Dark Mage with sufficient power floods the market with Valuable Sexy Underwear that is also imbued with the same spell, and the market goes wild. I remember from history lessons that some country(Germany?) had inflation so high, that, for example, you could buy bread at the morning for 10000 coins, but at the end of the day it was already worth few times as much - you never knew what awaits you.

Since the spell protects living beings, and magic is available, put in stasis insects like ants and beetles, and carry them in the protected pouch.

They have the advantage of varied and beautiful coloring, allowing for different values and uses of currency.

Why don't you use credit cards and e-commerce? If all your money is stored as a number on some server owned by a bank somewhere, that bank probably isn't going to put its servers in a really hot environment and watch all their computerized yet very real records of money be vaporized.

If the technology level in your setting is before the existence of computers, you could design a specific type of magic to deal specifically with this problem.

How about we just call it "The Stone".

We do have basic knowledge of Geology. There are different kinds of rocks/minerals. Sedimentary, Igneous and Metamorphic in that order of value(to start with keeping Earth as reference).

As time goes on, and you travel to temperatures ranging in the values provided by you, The Stones behave differently. Same Stone will have different values in different places at different period of time.

Their value may increase or decrease based on the time spent and the place. Like value of gold.

You can add other type of materials like Stardust and stuff but I prefer keeping things simple.

Hope this helps you in any way!! Good luck.

Not the answer you're looking for? Browse other questions tagged reality-check magic currency or ask your own question.

203
What's the most reasonable way to fit Monsters in your Pocket?

5
How could a channeling spell be useful during battle?
5
Fitting the International Space Station as a Generation Ship
71
How to prevent tiny mistake in 'programmable language' magic spell causing horrible disasters?
17
Storage of a material that passes through non-living matter
39
What kind of spells would magicians cast in combat if the fuel to magic is very expensive
6
Keeping talisman makers from being overpowered?
3
How can I make my homunculus more efficient to prevent it from burning out?