I have seen a few similar questions but none seem to take the density of a planet into account. I'm creating a planet on which several small civilisations develop. The planet needs to have a few biomes of varying temperature such as mountain ranges, deserts, temperate areas etc.

What is the smallest this planet can be? Also taking into account that this planet may be many times the density of Earth. For instance a planet half the volume but of double the mass would have the same gravitational pull (correct me here if I'm wrong). Would this higher density cause any problems as well?

The answer to this question is actually quite complicated or rather it depends very much upon the parameters that you plug into the equations. I'll tell you the values that I used to get my answer and you can tweak those as you desire to explore the situation further.

I have a complicated and custom spreadsheet that is composed of both the physics and some empirical handwaving to calculate gas retention. When I run the figures through the spreadsheet, I find that a planet with the following properties meets my minimum specs for habitability:

Using the same process as above but changing the habitability requirements a little. Now I assume that water retention isn't the issue because we have very deep oceans and plenty of water so if we lose more than 1/2, it's no problem. Now we just need to hold onto 50% of our $O_2$ for $4 \cdot 10^9$ years.

First, your maths is wrong. A planet with half the volume of Earth and double the mass would be four times as dense, and would have a much stronger surface gravity.

Second, you need to think about geochemistry. What is your dense planet made of? There are few plausible substances that will give you a noticeably higher density than the Earth -- we know of a bunch of planets (the gas giants) that are much less dense, but none that are denser.

A planet with a magnetic field needs an iron-nickel core. Density of iron is 7.87; density of nickel is just a bit higher, at 8.91. So your best guess would be to have a planet with a gigantic iron-nickel core, and a high percent of nickel in that core (is that possible?). Let's suppose that the whole planed has a density like that of iron: 7.87. With that density, it could have a radius of 4,000 km - roughly 2/3 of the Earth, with a 4/9 surface and a 8/27 volume with a superficial gravity of 0.9 g. I am not sure that surface temperature, due to the narrow crust and mantle, would be livable, though.

The above would be an attempt to answer the question - smallest possibly habitable planet. For your suggestion of "a planet with half the volume of Earth", its radius would be 6,378km (Earth's radius) X 0.79370052598 (cubic root of 1/2) = 5,062km. It would require much less increase in density: at 6.9 density, it would have a 1g surface gravity. It would need a bigger iron-nickel core, but not incredibly bigger. And even with the exact density of Earth, it would have a 0.8g surface gravity, which would perhaps hold an oxygen-nitrogen atmosphere long enough for life to evolve.

Of course, those are "hard-science" answers. You could have a smaller planet with pseudo-scientific explanations; I have suggested some in a comment to Cursed1701's answer, and here is one more, that seems perhaps more plausible, or at least more scientific-sounding, than those: G - the universal gravitational constant - is indeed not constant, much less universal, and in the case of your planet, it is higher than it is at Earth.

Here is a nice Gravity Calculator for Astronomical Bodies Based on Radius and Density. Have fun with it!

Higher density has problems because it means the planet will have a bizarre composition. Bizarre in the sense that it will be composed of improbable ratios of elements. Solid osmium planets, indeed! Not impossible, but their probability of their existence is almost laughable. OK, let's say one in 10^22 possible planets. Let's face it osmium is rare. A higher atomic number which means nucleosynthesis and supernovas don't make that much of the stuff. Besides the geochemistry of an osmium planet would be the stuff of nightmares. 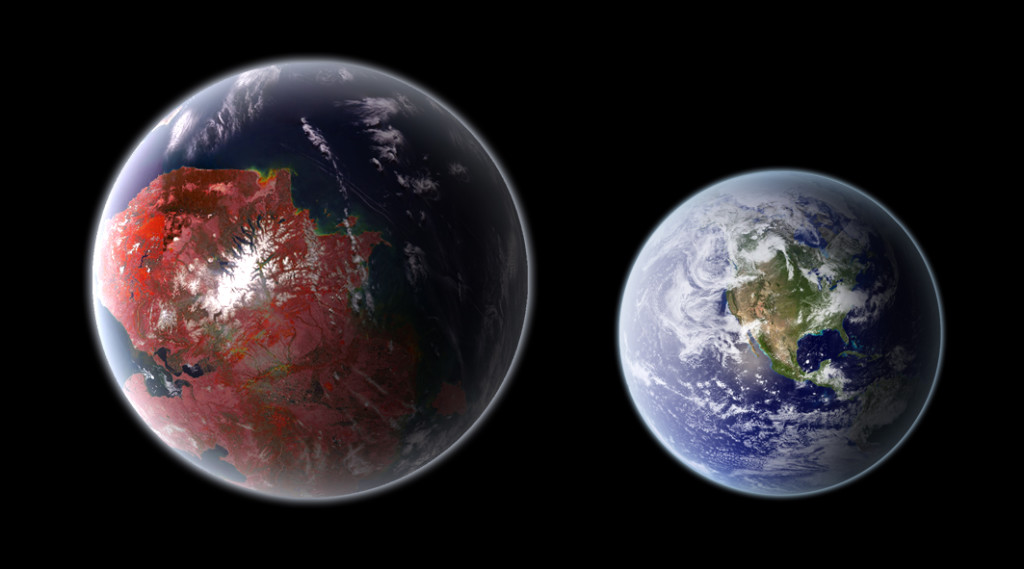 Diamond planets are more feasible because carbon is a common element. The question is what and how the pressure applied to compress the mass of a whole carbon planet? While there have been studies suggesting gigantic diamonds forming at the centre of gas giant planets and you can imagine the gas giant outer layers have evaporated away. Say when its primary star turned red giant. Be warned diamond has a tendency to decompress explosively. Interesting that, an entire planet blowing up in one big explosion. Diamond planets aren't forever. Space-going James Bonds beware. 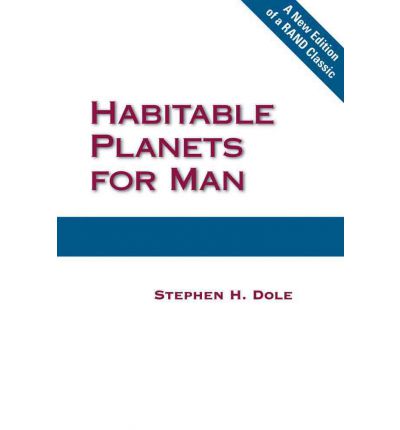 Stephen Dole's Habitable Planets for Man (2nd edition, 1970) estimated the smallest habitable planet would be, In Earth units, mass 0,40, radius 0.78 or 3090 miles, and surface gravity of 0.68. This assumes density of material similar to that of the Earth.

This provides a baseline habitability. If you use the surface gravity as a lower bound, you jiggle around with density and the planet's radius to shrink or expand to your heart's content.

As for higher densities that demands exotic planetary compositions, you can count me out on this score. I agree with Luis Hendriques' comment. If you want higher density planets don't try and explain it. We can all play let's pretend and leave it at that.

Some very dense metals your planet could possibly be made of,

These metals have a very high density all above >20 but aren't very common, also the planet needs a magnetic field to deflect the solar wind. Mercury is the same age as Mars and Venus but possess a magnetic field unlike Mars And Venus, Planet Mercury has a density about 5.4 and has maintained a magnetic field for billions of years but it is no longer tectonically active. This created planet won't have plate tectonics unless it's a Moon of a large gas giant.

An example of a pure Iridium planet

Now it seems extremly unlikely it can be ALL Iridium since the mantle needs to be partially silicate materials. Now let's see we need some Iron and Nickle for a magnetic field, Perhaps a massive core of Iron and Nickle with an outer core of Osmium and Iridium mix in sone Platinum too.

Now for the mixed planet of Iron, Nickle, Iridium, Osmium And Platinum + a thin silicate mantle we get

I disagree with some of the information in some of the previous answers. Especially these two:

"We know of a bunch of planets (the gas giants) that are much less dense, but none that are denser."

"A planet with a magnetic field needs an iron-nickel core. "

Jupiter has a MASSIVE magnetic field and the most commonly accepted explanation is due to metallic hydrogen, not nickel/iron, in Jupiter's core.

Someone in the comments also mentioned that natural processes could not create denser materials, and another comment mentioned that compaction due to gravity would be reversed once enough mass was removed to reduce the gravity, but I see no evidence to suggest that either of things are true. Fusion in stars can create metals up to the density of Iron, but Earth already has much more dense material than that, created by the earth itself, or on some other planet and later delivered here by collision. I'm fairly certain that gold or Osmium don't dissipate when removed from Earth's gravity well, so there could very well be other materials, even more dense, created in other cosmic planetary bodies, in whole or in part, that would remain stable after being separated from the gravity/pressure where they were originally created.

Having said all that, I can't provide a direct number or calculation for what might be the minimum size (radius/circumference/etc.), though I suspect the calculations in the answer selected by the OP are 'close enough'.

So, here are my two cents on the topic: Assuming some unlikely, though certainly possible (at least within current scientific understanding), occurrences, I would accept the possibility of a planet easily composed of material that would provide a density at least 3 times that of Earth, while at the same time having a small enough radius to give it near-earth-like gravity (plug in those numbers, or anything roughly similar, in to the calculations of the accepted answer, and viola), while maintaining atmosphere and magnetosphere, and other necessities of humanoid life. Then, given the sheer number of galaxies we've discovered, and the sheer number of stars in them, and the sheer number of planets orbiting (and some not orbiting any of) those stars, and the laws of probability, those 'unlikely occurrences' could very well have happened somewhere in our known universe.

For instance a planet half the volume but of double the mass would have the same gravitational pull (correct me here if I'm wrong).

To expand upon this, some formulas.

Using these formulas, you can determine that half the volume and double the mass would be around 25% more gravity. The relation that you want is that mass and the square of the radius balance each other.

If you doubled the mass, to hold the acceleration due to gravity constant, you would have to take $\sqrt{2}$ of the radius. So about 141% of the radius.

More simply, if you halve the radius, you need only a quarter of the mass. That's an eighth of the volume or twice the density.

well, to make it denser you would need a mantle of a denser material, say osmium

but, I have no idea what that would do to the tectonics, and if they could form, and you need tectonics to have oceans and mountains and a lot of different biomes.

20
Creating a realistic world(s) map - planetary systems
6
Please help me calculate acceptable planet sizes & eclipse shadows cast by my binary planet system
11
Planetary cave: Gravity inside a non-concentric shell
7
Drawing landmasses for this odd-shaped planet
7
Can my planet have a very thin atmosphere only at the poles?
5
How to find the density of a planet and its core taking into account the gravitational compression in them?
9
How can an Earth-like moon meet these angular diameter conditions?
9
How would one get a small moon spinning?
2
How do I Cram Many Different Biomes Into a Very Small Landmass?