If I launched a nuclear pulse fission spacecraft to the specified destinations, what would be a good launch window and how long to arrive?

I ask because I have a problem trying to find an appropriate launch window around that time or any point in the mid-1980s, and I need to reach Jupiter via Hohmann transfer so I can then use a series of Oberth manoeuvres to get to Pluto from there, with my nuclear spacecraft having a delta v of 100 km/s. Problem? The launch window and time it will take before the spacecraft can reach Jupiter, and get to Pluto from there.

So, how long would it take to reach Jupiter and get to Pluto from there and the other gas giants via Oberth Manouevre, and what would be an appropriate launch window?

The Wikipedia article on Hohman orbit transfers is useful. My superficial reading of it suggests the velocity you require is only 8.8 km/sec. Far below your delta V of 100 km/sec.

What may help you is the fact that Hohman transfer orbit is the perihelion of the departure planet and this connects to the aphelion of the destination planet. Therefore, search the times when Earth is perihelion during the 1980's and Jupiter is in aphelion. Do a quick estimate of the time taken at 8.8 km/s and find which Earth perihelion is most likely to connect with a Jupiter aphelion. This will give you your launch window to Jupiter.

Right now I'm afraid the question about going on to Pluto will take more research. This may be a useful first step.

However, the Interplanetary Transport Network concept may be worth looking at. It uses gravity assists from one planet to travel to further destinations and uses less energy. The references at the bottom of the article has downloadable PDF's on the subject. The American Scientist PDF mentions the profile of a trip to Jupiter.

The inevitable YouTube has this enter link description here about the IPN and there are other videos in the links menu. Apologies if this is turning into link rot, but time is short and research is long. I hope I've given you something to start finding an answer.

Your question fails to take the power of a nuclear pulse drive into account. The ORION nuclear pulse drive is the only high thrust/high ISP drive known to modern science, and theoretical calculations done back in the late 1950's and early 1960's, while the drive was under active investigation, suggested that 4000 ton spacecraft could be assembled on the ground and launched directly into space and on trajectories to Mars, and later the investigators hoped build ships to get to Saturn. 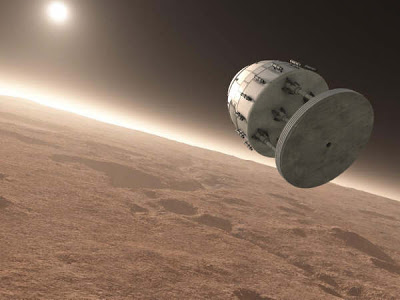 Using Hohman transfer orbits is the means to get from place to place in the solar system using the minimum amount of energy, which makes sense when you are using a chemical rocket with far lower ISP, or a low thrust, high ISP drive like an ion thruster or light sail (this isn't strictly true, since after a while you will have built up an enormous velocity, but in practice you will be using thrust for weeks and months to build up that kind of velocity). 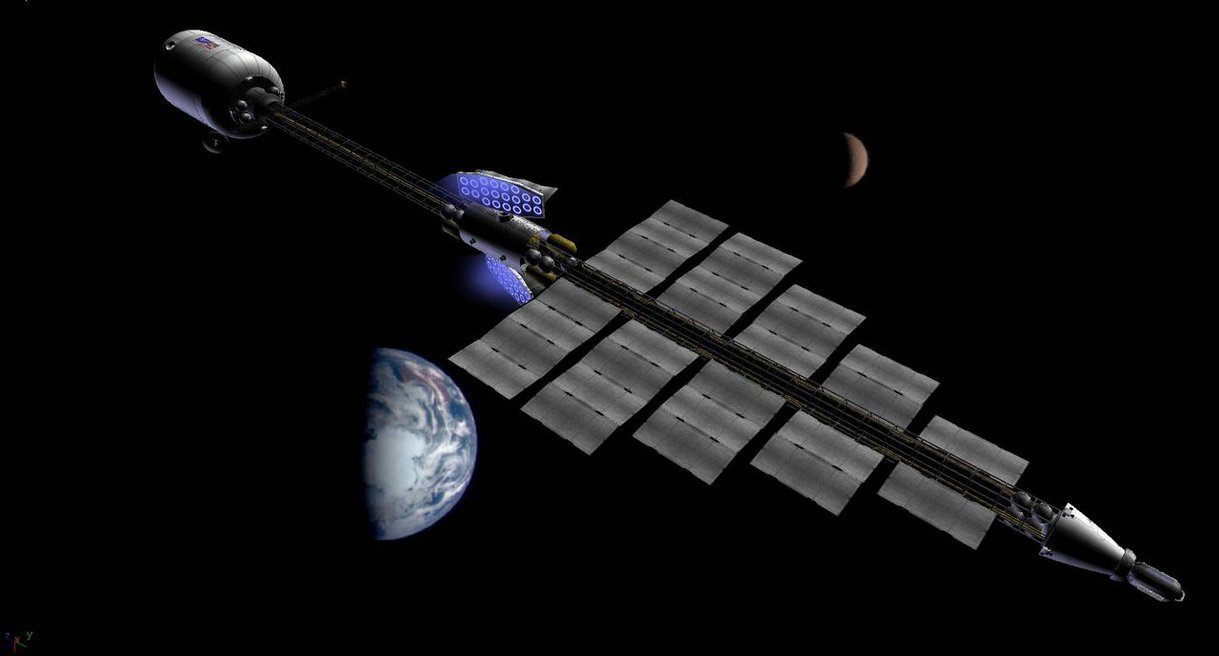 Are we there yet?

While ORION isn't exactly a torch drive (where you simply point at the planet you want to go to and blast away, flipping at the halfway point to decelerate), it does have more than enough performance to allow you to ignore Hohman transfer orbits. Perhaps the only reason you might need to do this in an ORION drive ship is you have depleted your reserve of nuclear pulse units, and need to drift on a minimum energy orbit back to base. Realistically, it would be easier for the base to send another ORION ship to you with fresh supplies.

This is the obligatory link to the Atomic Rockets page, which will help you conceptualize ORION and what exactly you can do with it. As a somewhat ridiculous aside, there is an even higher performance version of the ORION concept, called MEDUSA While this ship needs to be assembled in space, it theoretically will leave first generation ORION's in it's radioactive dust....

A visualization of the concept is here: 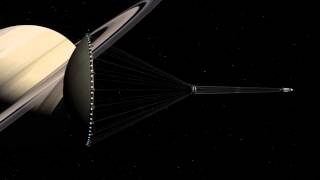 Not the answer you're looking for? Browse other questions tagged hard-science space-travel alternate-history spaceships orbital-mechanics or ask your own question.