How could a humanoid shaped species have two brains?

So this question is about a humanoid species I was thinking of:

They are semi-immortal and live long life spans, which poses the problem of not having enough space for new memories after a long time.

If they developed a second brain, where would the second one be placed in their body?

Considering your humanoids are semi-immortal and extremely long lived memory may not be a problem. Even humans, who are actually longer lived than other equivalent species, can get by quite successfully with memories that don't store everything we have learned or experienced, so it can be expected your humanoids can do the same.

Humans can do this storing information and memory outside our bodies. using writing, recorded images, and relying on the memories of other people (social memory is surprisingly powerful).

Also, they have have developed social and technical systems to further enhance capturing information about their lives. This could be wearable technology or all -pervasive surveillance technology or even assistants who accompany the semi-immortal humanoids and record what they are doing to make it available for retrieval in future or when required.

This answer has to be negative the humanoids don't need two brains. Extrasomatic information storage or external memory can more than do the job. Besides the human brain consumes a quarter of a person's metabolic energy. Having two brains will consume, how obvious, twice as amount. This means the humanoids will either spend more time eating or it will keep their bodies trim and slim.

If you really examine the human brain in detail it is actually split into two hemispheres and could be considered in some respects as already being two brains. This is a good thing as the extra capacity makes it possible for redundancy and recovery from brain injuries. The human head is already too big for live birth, and human babies are born without a solid skull as a result, with the bones only fusing after birth. An immortal (or very long lived) alien species could have something like this occur periodically, with the divisions in the skull softening and expanding to account for additional brain volume.

In dinosaurs and other extremely large animals, a nerve cluster or second brain is often found further down the body allowing for faster response times given the long distances involved from the extremities to the primary brain. To a certain extent the human spinal cord acts in a similar manner, with certain reflex responses being processed independent of the brain, thus responding faster. An alien species could have these nerve clusters expand during their lifetime to not only allow reflex response, but also as expanded memory storage. This could lead to some odd mental behavior, memory stored in these secondary brains would take longer to access leading to odd delays when remembering things from these secondary brains. The expansion of these brains could also have negative effects, for example if a humans spinal cord started expanding, it would have negative effects on the spines ability to bend or otherwise affect mobility.

It is difficult to remember everything, which is why memory is often so subjective and usually non comprehensive, the way even short lived humans deal with this is to offload memory requirements to technology. Writing at its most basic level does this, but given sufficient technology many science fiction authors have explored the possibilities of transferring and storing memories or an entire consciousness using computer technologies. Advanced long lived alien species could utilize advanced technologies to store memories into a backup medium, with the ability to load it back into their biological storage as needed. With writing this knowledge recall and transfer takes a long time, but more advanced direct methods could be much faster.

You can make spinal cords evolve to fulfill the role of a second brain . They do not occupy additional space in the human body.

The human brain has a frankly ridiculous capacity for information, so I find it unlikely that they'd run out of space in it in less than 1000 years. However if such a species did exist and they lived for, say, a millennium, their brains would probably be far more compact than ours are, and so have more room for data storage. 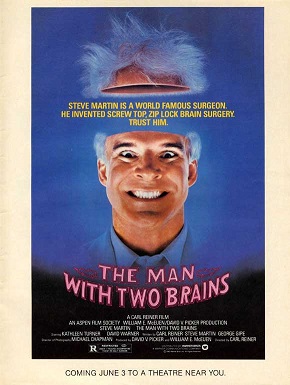 On a more “hard s-f” note, look at the Rukh designed by writer and scientist Robert L. Forward. 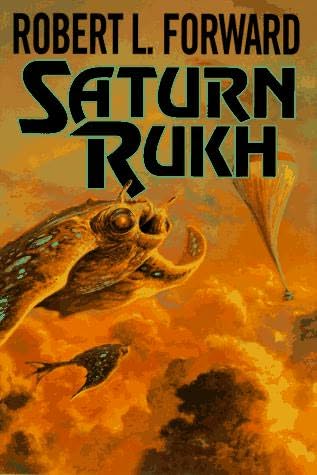 The animal was huge and you can see the human spaceship in comparison. It had a manipulator tenticle with eyes and brain for each side. Forward's character points out that the eyes need a brain right behind them, not tens of miles away. So the creature evolved 2 brains, one for each side. This was further developed by the ever-flying nature of the Saturn dweller, as they took turns sleeping.

There's two reasons (one for each brain!)

Giancarlo Ventura Granados has already mentioned what I had in mind (+1 to him for that). Instead of giving them a second brain, you could fulfill the same objective by giving them thicker spinal cords with the ability to store data/memories.

The spinal cord might also have a couple of bulges at two points which would serve as enhanced storage areas and might also assist in complex thought processes by doing background thinking on detailed aspects of the subject.

An interesting problem, especially as we have a poor understanding of how the brain functions in the first place.

The overall effect then is to treat the brain as a complex, three dimensional object, with essentially six major units (three layers, divided into two hemispheres) and then optimize the layers and hemispheres to create the effects required. In essence, instead of having two physically separate brains, you have a higher level "multi core" processor in your head. What may be ironic about this answer is as we understand more of how the brain works, we may end up discovering this is how it works anyway....

Apparently, humanoids already have a second brain, the gut. Your make-believe humanoids could just have a more developed second gut-brain system than we currently have.

...even the steeliest are likely to experience that familiar feeling of "butterflies" in the stomach. Underlying this sensation is an often-overlooked network of neurons lining our guts that is so extensive some scientists have nicknamed it our "second brain".

A deeper understanding of this mass of neural tissue, filled with important neurotransmitters, is revealing that it does much more than merely handle digestion or inflict the occasional nervous pang. The little brain in our innards, in connection with the big one in our skulls, partly determines our mental state and plays key roles in certain diseases throughout the body.

Although its influence is far-reaching, the second brain is not the seat of any conscious thoughts or decision-making. "The second brain doesn't help with the great thought processes…religion, philosophy and poetry is left to the brain in the head," ...

The gut-brain system is incredibly complex and not yet fully understood. We could already be ruled by it more than we currently accept but you could develop the system to be more detailed for the purposes of your story.

Technically known as the enteric nervous system, the second brain consists of sheaths of neurons embedded in the walls of the long tube of our gut, or alimentary canal, which measures about nine meters end to end from the esophagus to the anus. The second brain contains some 100 million neurons, more than in either the spinal cord or the peripheral nervous system, Gershon says.

This multitude of neurons in the enteric nervous system enables us to "feel" the inner world of our gut and its contents. Much of this neural firepower comes to bear in the elaborate daily grind of digestion. Breaking down food, absorbing nutrients, and expelling of waste requires chemical processing, mechanical mixing and rhythmic muscle contractions that move everything on down the line.

Seperation of the two brains, in a similar way to seperating the two hemispheres of our head-brain, could play a more important role in your world. In your world, para-, tetra-, and quadaplegics could all have different degrees of two-brain damage.

Not the answer you're looking for? Browse other questions tagged aliens xenobiology .

111
Would intelligent life evolve any other body plan than humanoid?
10
Is it illogical to have a species that goes through two metamorphoses and ends as an asexual being?
10
Could human beings evolve to have longer gestation periods? If so, how could this be done?
8
Realism of this Respawning Creature
5
Could a species that practices maternal dermatophagy develop sapience?
6
How would Humanoid Insects Molt?
3
How would a large solitary nectivorous species develop a society?
1
Can a symbiotic alien species reproduce like a virus through pollinated microscopic microbiomes clouds?