From Big Bang's theory, obvious is that our universe is just a balanced finite system subject to cycles of creation and destruction until at one certain point everything will run out causing an unavoidable permanent death.

The permanent death could happen in many ways and at any cycle, during our universe or the next one. After a new big bang reboots the universe by wiping everything out or probably even further in the future.

The only thing certain in our small finite universe is death, everything will stop forever and nothing will ever happen again.

Assuming the universe is in the last cycle, which means there won't be another reboot. Cold and darkness approaches causing everything to die forever...

Assuming again outside there one civilization found a habitable universe similar to ours in terms of laws, with the exception of not being limited by space time and energy. This civilization wants to escape our universe to reach the infinite one, how exactly can they?

From what I believe to know about physics, I can only reach the conclusion of any interaction between multiple universes being impossible. But only in the case everything I said above is right, and the shape of our universe is either Ω0=1 or Ω0<1. Right... ?

But am I wrong?How do they have any minimal above 0 chance to escape?

Current physics suggests that there is indeed a way to create an "escape route": create a new universe of our own.

Generally speaking, it is thought that mass bends or warps space-time, which we interpret as gravity. A small mass, like an asteroid makes a small dent in space-time, while a massive object like a star creates a huge warp. 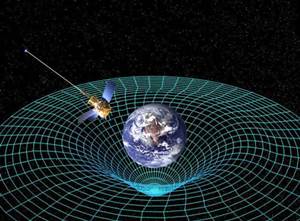 Taking this to an extreme, either using a very massive object like a black hole or using enormous amounts of energy, space can be warped to a very extreme level. It is thought that by manipulating this, it might be possible to "inflate" the necked off regions of space-time and create a pocket universe (sometimes called a "basement" universe or baby universe). Now the practical details are well beyond today's science and technology, but there is nothing which suggests that this is impossible.

What may be impossible is being able to navigate the bridge during the creation of the pocket universe, or to prevent it's detaching and inflating into an independent universe of its own. And while it seems reasonable to assume that the new universe will retain the properties of the parent, there is no way to prove or disprove that using current understanding. IF it were possible to change the properties of the new universe, it might make sense to "tweak" it in such a way to make it more friendly to life. 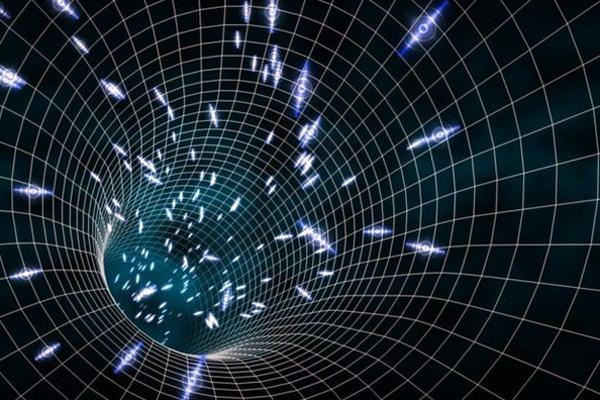 There are no laws of physics which permit escaping the universe. If there were, we'd have to redefine what "universe" means. That and infinities are really tricky when dealing with physics models. All models are wrong; some are useful.

That being said, your other habitable universe suggests an opportunity. If they are not limited by space, time, and energy, they are clearly so different from our universe that it is not unreasonable to presume they could create a bridge between the universes to permit our emigration, even if we cannot create such a bridge ourselves using our physics.

Presumably, the fact that we discovered this alternate universe and decided it was similar to ours (except for the ways stated above), we've got some idea of whether it is inhabited or not. With infinite time space and energy, it is infinitely likely that it is inhabited. If we were to contact those individuals, the next step would be finding out what we could offer them that was not available within their infinite universe. Believe it or not, such a concept is mathematically plausible, even if the physics is far from it.

I would like to add this for additional possibilities.

The notion that interaction between universes are strictly forbidden is not entirely correct according to some aspects of the string theory.

According to the string and multiverse theory our universe can be regarded as one bubble in a whole lot of other bubbles which all constitute different universes. These bubbles can bumb into each other and merge to form another universe, which can be regarded as a big bang. One bubble can split up into two bubbles and form two universes, which again can be a big bang. Also a bubble can pop up from nothing, which too can be a big bang.

here is a short video putting this in a nutshell: https://www.youtube.com/watch?v=RZ5dj-Ozwm0

This does not suggest that there is a cycle at all, although it might be. Physics is far from understanding this at the moment.

Now, how does that help with escaping the universe? There are physical theories within the string theory describing, that if you are able to create and master the Planck energy you are able to create bubbles in our universe, which can be used as gateways to other universes. These bubbles are colloquially called wormholes. These wormholes are strictly speaking the collapse of space time as we know it. This is of course still speculation and strictly science fiction.

Also as fruit for thought, there is an interesting property of the universe where if you calculate the total energy, momentum or charge of our universe you end up with 0 (keep in mind that mass has positive and gravity has negative energy). This suggests that universes themselves do not require energy to be created.

I should maybe add one more point: Other universes can have completely different laws from our own, because the fundamental constants in this universe can differ from our own. It is assumed that constants like the gravitational constant, or the Planck constant are properties of a universe. At the same time, there is no indication that the conservation of energy can be avoided anywhere, even outside the scope of our universe. At least to my knowledge, but maybe someone has a source which suggests differently.