How to improve manorial living with modern low-tech innovations?

This began life as a much broader question on the site but I'm attempting to parcel it out as smaller topics to make it more digestible:

I am trying to find ways, as the title suggests, to combine modern low-tech ideas with the life of medieval serfs, peasants, commoners, etc. Specifically, modern innovations that would help improve their homes that can be replicated in their time/state without the need of most modern technology (computers, cell-phones, electricity, automobiles, etc.). The idea is to for them to give them ways to "work smarter" instead of necessarily "harder."

The examples I've been using are: imagine a group of modern people leaving society to start their own technologically-free one on a virgin world exactly like Earth, swearing off any modern methods that can't be reproduced without technology. Or, if it works better, imagine time-travelers going back into time to the Middle Ages and giving medieval serfs modern techniques, tools, and ideas they could use and replicate in their own time. Or, if you like, how foreign aid is helping to improve third-world countries improve their quality of life with these low-tech innovations. If any of those help, use them (I will divulge more if I need to).

I've been looking into a lot of different areas for this, but I am looking to see how a commoner's home - their house and the acre or so that home occupies - could be improved with these kinds of modern (but low tech) innovations. I've looked into areas like the modern homesteading movement, green and eco-friendly living, foreign aid efforts, survivalist and apocalypse training, etc.; and into specific innovations like rocket stoves, powerless refrigeration, rainwater capture, air wells, low-tech greenhouses, permaculture, etc. There are plenty of things...

Personally, I see a lot of villages being made of self-sustained acres of gardens and stables, on the same acre(s) the houses occupy. These gardens are filled with plants that grow well next to each other given whatever climate the village is in, and give the villagers both something to feed their families and sell for personal profit (if not going straight to the local lord). The houses themselves are made of something like cob or rammed earth, with some form of insulation (straw, or some extra layer of available material), with windows that have some sort of sealing to keep out the cold. They have cisterns to catch rainwater, and/or an alternative like an air well to catch condensation. They have primitive means of filtering water, if they need it, using charcoal and layers of sand, etc. They have something like a potted refrigerator, or maybe a below-ground cellar that offers powerless food storage for months at a time. They have something akin to composting toilets so that they aren't simply dumping their waste into the streets or nearby bodies of water, using it instead as fertilizer, etc. Meat is more readily available, in the form of animals and some larger livestock-types, which they can keep in stables that are themselves insulated from the elements and don't need to be brought into the house just to make it through the winter. I could go on and on...

...having said that, that's an ideal, pie-in-the-sky scenario I'm not married to. If it doesn't work, it doesn't work. That's why I'm waiting on the discussion. If that gives you a better idea of what I'm aiming for, though, so be it.

EDIT BY BSIDESWIPED: Given that the question is still kind of broad historically (an oversight I always manage to forget, since it's a topic I'm not especially learned in yet), let me try to refine the question further.

I would say, if I had to choose, at the most I'd like to keep things somewhere between the post-medieval era and the Elizabethan era (if I've got my eras right). Much further than that and it starts muddling my narrative. I hope that helps.

Some of the things they could do are modern takes on ancient techniques.

For instance crop rotation and allowing the land to rest once in a while.
We know that if you plant the same crop year after year you deplete the soil of nutrients and the plants don't do as well. So you rotate the crops, planting something that puts nutrients back into the soil.

Another problem was plow pan, where after a period of plowing the field year after year, the soil below a certain depth would get compacted, keeping the roots from going deep. 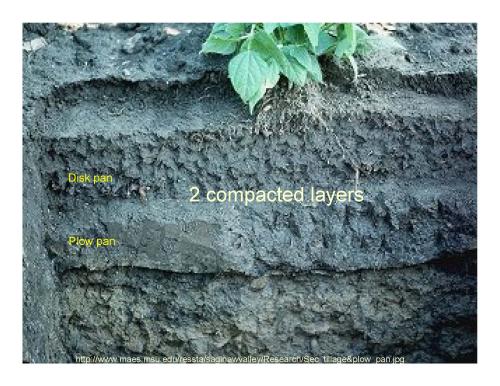 I remember reading that it wasn't until the 1800's when they figured this out and how to break it up.

For the time traveler back to the middle ages, germ theory would be a huge breakthrough, and that just boiling your water, washing your hands, and keeping wounds clean would save lives.

Depending on the time period, a lot of our more modern metallurgy technology could be usable back then, especially some of the really difficult stuff like aluminum.
Aluminum is very plentiful on earth, but does not exist in a pure elemental state like iron and so has to be extracted from aluminum salts which was a very difficult process for a long time. For a while aluminum was worth a lot more than gold.
(side note, when traveling back to the middle ages, take aluminum ingots)

Quite a lot of our modern chemistry could be duplicated with very simple equipment, allowing for much earlier development of plastics, explosives, medicines, etc.

The ideas are the hard part; the inspiration to mix this with that. Once you have the knowledge, you can bootstrap the technology by making tools to make the tools you need to make the technology.
And a lot of times you can fudge that with fairly simple things. Watch a couple episodes of MacGyver to see what I mean.

Edit: Other simple things that mostly weren't thought of until later, or at least were not common:

This is more for a time traveler than for a colony on a new world, but one simple thing that would be very useful is a map. Especially a geological survey map where the various minerals are located. Knowing where to find deposits of copper, iron, nickle, chromite, oil, etc. would be really useful for metallurgy since some of the harder forms of steel need various mixtures of minerals to make.

Even mines that are played out in the present would still exist in the past, and could be used. (at this point history has been changed so much you might as well go all in).

One of the largest problems in the pre industrial era was the ability to grow and preserve enough crops to ensure survival in the "lean years". Pre modern agriculture was horribly inefficient, and even in good harvest years, it was difficult to store enough food to ensurer that everyone would have enough to eat through the winter, much less the "seven lean years".

So the first improvement would be to teach more efficient agricultural techniques to increase the amount of food that could be raised per hectare. This would include ideas like multi cropping (growing multiple types of plants in the same field at the same time), using mutually beneficial crops (legumes to fix nitrogen in the soil for the next year's crop, planting species of plants which deter pests in the fields are two common examples), proper water and soil management to prevent topsoil from eroding away and going to a more vegetarian diet to get more bang for your buck (plants typically take 1/10 of the available solar energy, while cows, goats etc take 1/10 of the energy that the plants absorb. Being a carnivore is an exercise in diminishing returns).

The next huge step would be efficient food storage. Sealed containers that can keep pests out of the stored food is perhaps the best possible solution given the available technology, although iceboxes could be introduced on a limited basis as well. More modern techniques to dry foodstuffs for longterm storage would also be a great improvement to ensure long term storage of food.

Ensuring people have enough to eat, and can store food for long periods of time will provide a solid foundation to jumpstart any social or economic improvements.

If you explain to the medieval/Elizabethan people:

Then more of their children will survive to adulthood. This will make them happy, and provide more manpower for agriculture, for various crafts and trades, etc.

Downside... it will also cause a population explosion. So in tandem with that healthcare improvement, introduce them to contraception. The lowest tech method which is reliable is probably the IUD. Obviously plastic, hormone impregnated ones are out, but you could make copper ones (IIRC the Romans used copper rings as IUDs). And you'd know to sterilise the IUD before insertion, and could give the women a list of the side effects (or get your doctors to watch out for them).

Meanwhile, you have the ethical dilemma of whether or not to tell them where the Americas are and let Eurasian epidemic diseases wreak havoc, or to nip across there yourself and say "Hi Native Americans - I'll swap you a vaccination programme for your potatoes, maize, chilis, tomatoes and turkeys".

This is a broad ranging question, I will try to be brief; that said, I would hope that the question of time-travel colonization, or of a 'virgin Earth' would not be a goal, as our own history shows when two civilizations meet, the technologically inferior one usually suffers greatly. May of the questions you've asked, and technologies suggested are in place and working well, in one of Earth's little known secrets, called Arcosanti. Paolo Soleri conceived of things much as you did, with the benefits of modern and antiquity living together, in what he described as an 'Arcology' ( See HTTP://arcosanti.org). His concepts included a self-sustenance and environmentally neutral presence with groups of families maintaining and working the project. Arcosanti is located in the desert, north of Phoenix, Arizona.
This may or may not supply you with the answers you need, but I feel Soleri's models and ideas may be an eye-opening moment for the imagination.

"... If you believe that the human spirit deserves and is capable of better than it has gotten environmentally ... if you believe in the human spirit at all, go to the Corcoran ... 'The Architectural Vision of Paolo Soleri' is an important and beautiful show ... His philosophical and environmental perceptions offer a sudden, stunning pertinence for today. He does not need the current bandwagon of despair. He has been preaching environment and ecology for a long time ... He has been the prophet in the desert and we have not been listening." —Ada Louise Huxtable, New York Times,1970

Not the answer you're looking for? Browse other questions tagged science-based society technology culture agriculture .

5
Background for hi-tech in low tech
2
50 bar of pressure, without modern tech... How?
18
How to reconcile a feudal system with a congressional/parliamentary democracy...?
4
Hypothetical: Could living standards improve in a zero economic and population growth society?
5
How would a low-tech device be able to alert its user?
4
Yet another low-tech device alert
15
Medieval Crop Yields
1
How would stone age settlements interact with, and be influenced by closely neighbouring high-tech civilisation?