What would the industrial age be like without oil and coal?

Consider a civilization with the industrial age technologies. Oil and coal are rare (probably used up). All products produced by oil and coal are also nonexistent. The civilization has invented electricity and has a renewable form to produce it (for example, through a hydroelectric power station). What will be different in that world?

Humans rarely take "no" for an answer, so you will see an industrial civilization rooted in the Elizabethan era.

That is correct; a proto industrial civilization already existed in the 1500's, powered by wood, and to a lesser extent vegetable and whale oils. Wood could be harnessed directly for heat by burning, but to make metals it was normally converted to charcoal in order to ensure a more uniform heat output (a similar process is used to turn coal into coke for making steel). In fact, one of the drivers behind the ndustrial Revolution in England was the crisis of "peak wood" in the 1700's which forced the switchover to coal...

Wood burning would become much more sophisticated, and the sorts of high tech wood burning stoves which became popular in the 1980's (including wood pellet designs, slow combustion etc) would have been developed far earlier in order to maximize the heating power of wood. Clever chemists would also develop "wood gas", much like desperate drivers did during WWII 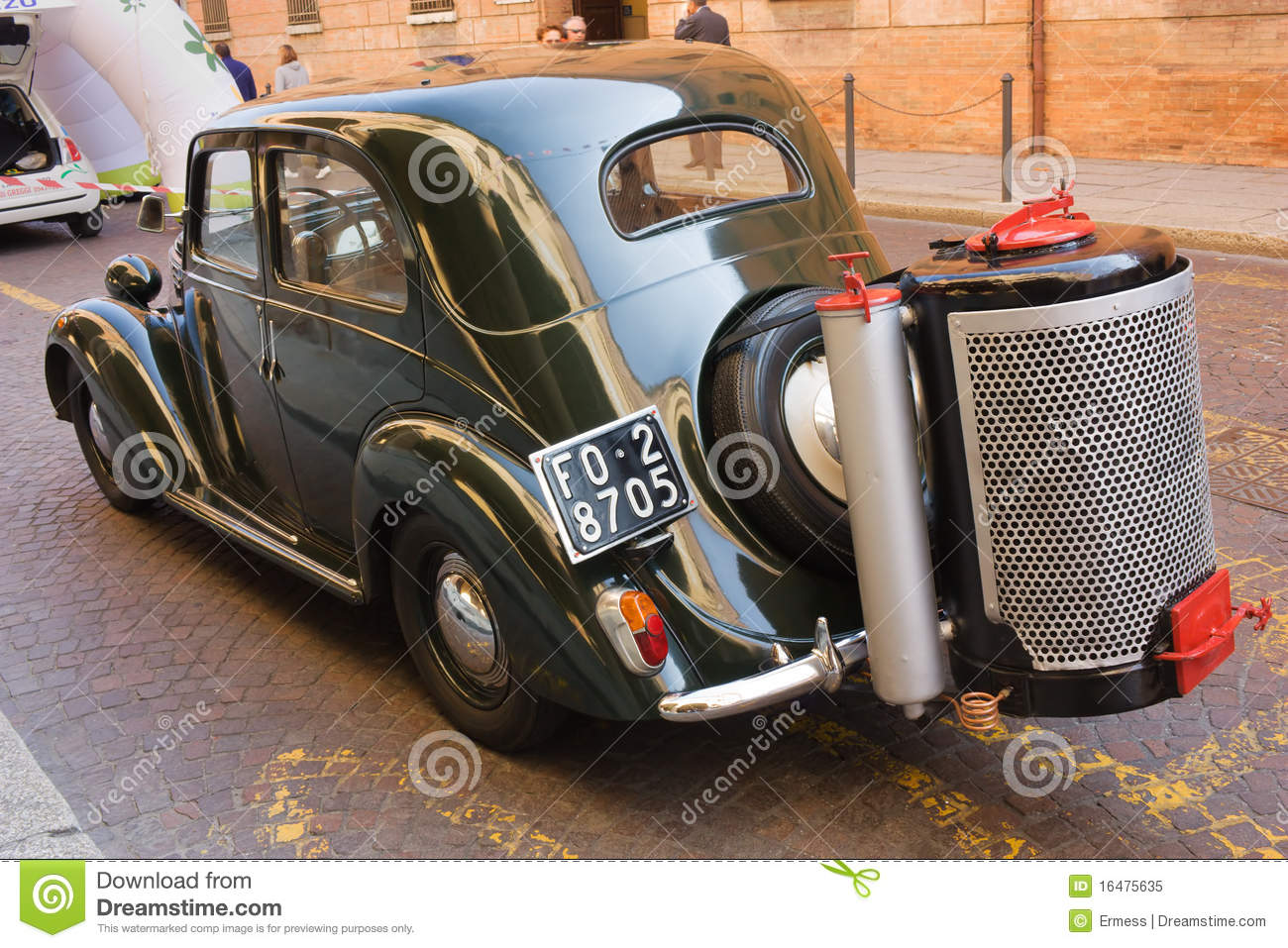 Indeed, clever chemists could use wood and alcohol fuels derived from plants to replicate much of what we have today, including chemicals, pharmaceuticals and plastics. Because the supply would be limited (and always in competition for other uses, see how corn prices spiked when much of the US crop was diverted to biofuels. This even caused food riots in parts of the world), so these things would be relatively rare and costly in tis world compared to our own.

This would also make farming and forestry far more important in this world compared to our own. A much larger percentage of the population would be living in the countryside farming and working in managed forests, since they would be vital to the production of the power needed to run the industrial civilization. Cities would be smaller and much less "mechanized", since the expense of fuelling mobile machinery would be much greater than today. Most factories would be like 19th century ones with large stationary engines at one end of the factory floor driving all the machines through a system of driveshafts and belts.

The last effect would also make your society have stark disparities in wealth, since productivity (unit output per hour worked) will be far lower in your society than in our own. In storytelling terms this would be mostly "steampunk", but the higher energy of wood gas and fuels condensed out of it might make some dieselpunk technology possible as well.

In RL during early phase of industrial revolution railways had a serious competitor: barges traveling on channels. https://en.wikipedia.org/wiki/History_of_the_British_canal_system#The_Industrial_Revolution

In RL the early phase of industrial revolution involved weaving machines, some of which did not use any steam power. Like:

(So industrial revolution would be able to start anyway, in early phase the difference would be barely noticeable)

Wind power for sea transport was not so bad, even in the '30s of XXth century there was still market for big cargo sail ships: https://en.wikipedia.org/wiki/Windjammer (so passanger and military transport is hit by lack of coal, while sea cargo transport barely notice lack of fossils)

Needless to say, with lack of fossils, there would be a tendency to replace sail ships by ships with nuclear propulsion.

https://en.wikipedia.org/wiki/NS_Savannah (as you see in RL they were tried but were too expensive in comparison with ships that used oil)

Railways would presumably start later, as they would require cheap electricity from nuclear energy. Nevertheless, then they would be highly succesful as any car fuel would be quite expensive.

For a long time humanity used whale fat for fuel. Granted, it is an oil, but not the one you were probably thinking about (petrol oil). Entire economies formed around it. Your world wouldn't be very ceacean friendly, if you connect the dots...

A videogame called Dishonored is an example of a fictional world powered by whale fat. It is a steampunk world and while there is magic, most electrical things like radios and lights use regular electricity from whale fat combustion-powered generators.

The answer to this question can go a long way since the world would look drastically different from our, so I'll keep it short and simple.

By taking away oil and coal you're taking away a HUGE chunk of our civilization. As of right now, 70% of the steel produced today uses coal, as well as 41% of global electricity(keep in mind the atomic electro stations) - info from World Coal Association. And this is the situation today. After we've spent tons of time improving production and coming up with alternatives.

If we are so dependent on coal for production now, what were the chances of people of the past? Even if they have electricity, even if they use tons of wood, they won't be able to smelt the same amounts of metal, as the coal-world counterpart.

And what we get in the end? Metal is expensive. Machines are rare. Complex technology is reserved for the wealthy. Progress is slow, due to everything listed above.

When it comes to industrialisation, the importance of coal cannot be overstated. The reason the industrial revolution happened in England was of course, partly political, but it would have been impossible without substantial coal reserves.

Let's begin by looking at the below map. Little wonder that lowland Scotland, Wales, and the north of England became centres of industry. Importantly, much of the coal here was easily accessible and didn't require deep mines. 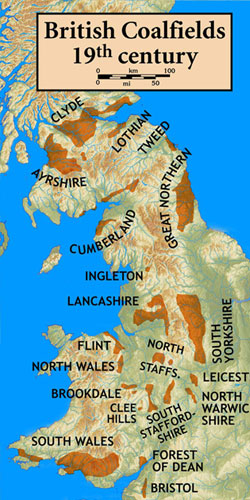 The problem in saying, well couldn't we just use alternatives, is that the industrial revolution wasn't just coal and oil. It nearly led to the extinction of whales, and the complete deforestation of some countries.

By the time the Romans arrived in Britain it is estimated that half of native forests had gone, partly owing to climate change, but mostly owing to human activity. The situation deteriorated until in 1919, after the First World War, Britain had almost run out of timber. The government then created The Forestry Commission in order to protect what was left and regenerate woodland.

Whale oil was used until the resource was depleted. The industry peaked by 1859, as the petroleum industry was born. It is estimated that about three million whales were slaughtered during the last century, and as you can see from the below graph, whale numbers could not sustain the industry for any longer than they had.

Without coal and oil, whale oil and wood are the obvious supplements, but they would have been exhausted long before present day in this scenario because demand would have soared early on. Indeed coal is still essential for our contemporary energy needs. The USA is the second largest coal producer and consumer, and in 2012 produced 935 million tonnes. A 2015 report by the IEA summarised that world energy supply has doubled between 1973 and 2013. In 1973 coal provided 24%, oil 46%, and natural gas 16%. Come 2013 coal had risen to 28%, oil fell to 31%, and natural gas rose to 21%.

Given the enormous numbers involved when it comes to coal and oil, an industrial revolution without either would have been brief, and quite possibly led to the extinction of whales and deforestation of much of the world. The world might have faced an Easter Island like situation, where deforestation led to soil erosion, implosion of food supplies, and a sharp social collapse as the population corrected to a much lower number after mass starvation and violence. 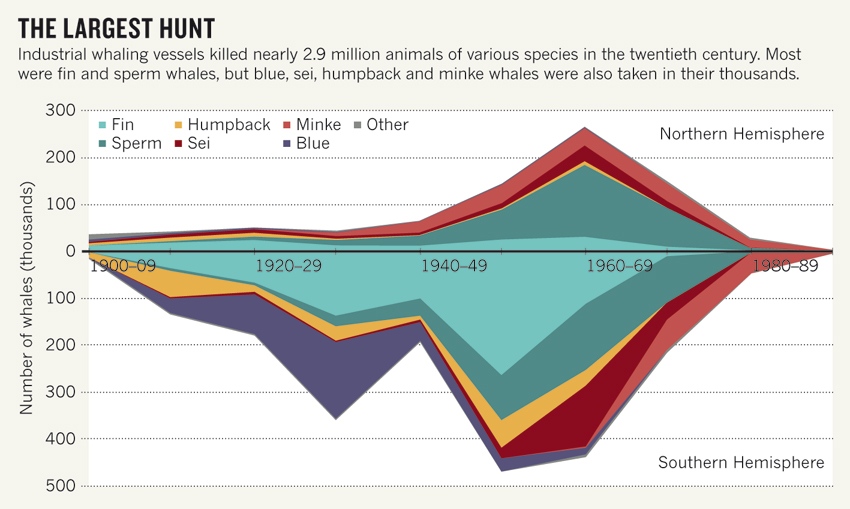 Petroleum based products do a lot more than just produce electricity. They are essential in plastics, cosmetics, and various household items. If electricity is plentiful, you could supply heat and cooking through those method. Cars will be significantly more limited --and expensive-- as EV advancements are recent due to battery advancement.

Shipping and Flying Vehicles will not be powered. Unfortunately, up until very recently it was near impossible for either of these things to be feasible with electric batteries, and since hot air balloons require kerosene/other similar fuel, then they won't exist either. Your one option is helium balloons.These can propelled through some other sort of solid rocket propellant. Therefore sail ships with limited electric motors for maneuvering will likely dominate commerce. Electric trains are quite common, but infrastructure needs to be set up ahead of time, so they likely won't have any in wild-west type areas.

Think of what would happen if this were true on our own planet.

Agriculture would be more difficult, and food would be much more limited due to transportation difficulties.

People would walk a lot; use bicycles more, or small electric vehicles. People would probably be healthier (no air pollution, etc.), wildlife would be healthier as well, the lack of large scale fishing would mean sea creatures of all kinds would be able to rebound.

Suburban sprawl would be limited unless solar, wind and other renewable sources were used. People would tend to live where electricity could be produced and distributed. There would be a lot more people "off the grid".

No oil-rich countries would cut down some on the great disparity of wealth and wars.

Wars would be limited to gunpowder, no missiles, etc.

It would affect cultures profoundly.

Not the answer you're looking for? Browse other questions tagged science-based hard-science energy steampunk or ask your own question.

28
What is the minimum size of a self-sufficient industrial country?
10
What technologies might lead to or support "perfect recycling"
10
How early can transparent glass windows be easily available?
8
How much energy do plants produce?
4
Earliest viable modern battery
13
How would medieval/Renaissance-era castles protect themselves from air raids?
4
A world with extremely limited fossil fuels
2
Power Generation for Roughly World War 2 Tech Space Ships