Modern Melee Weapons seem to be traditional melee weapons with stronger,lighter materials and improvements like shock circuitry. Are there examples of modern armors/material designed to stop modern melee weapons?

Could this armor also stop modern crossbows or shock weapons like tasers?

Short answer Riot police their armor is made to be resistant to knives and flung bricks and base ball bats, it would work for most of this.

Listed threats Melee weapons, have not gotten much more dangerous than they were in medieval times, Kevlar with a steel plate will stop them.

Crossbows, modern crossbows have much less armor penetration ability than a rifle and far less range, any armor that would stop a rifle will stop them. The only difference is a crossbow bolt will have more momentum and so is more likely to knock you off you feet but it is much worse and breaking armor.

A Taser is really easy to beat. The out layer of the armor has to be conductive, the standard one is a tshirt soaked in salt water, the front metal plate of a bullet proof vest also works. The current runs through the plate not you so you don't get shocked. The same applies to all shock weapons.

Things you didn't mention Most armor fails against heat attacks, the standard in riots is the Molotov cocktail a bottle of flaming gasoline. Even if you armor is fireproof the guy inside can't breath through the smoke and gets burned. This is one of the reasons they carry those riot shields.

Shear thickening fluid infused kevlar would do the trick in most cases. It would also have the advantage of flexibility over steel or ceramic plates

With only a few layers of kevlar, you could be reasonably protected from almost any melee/stabbing attacks. Add a decent polymer hardshell below it and you should be set and comfy. 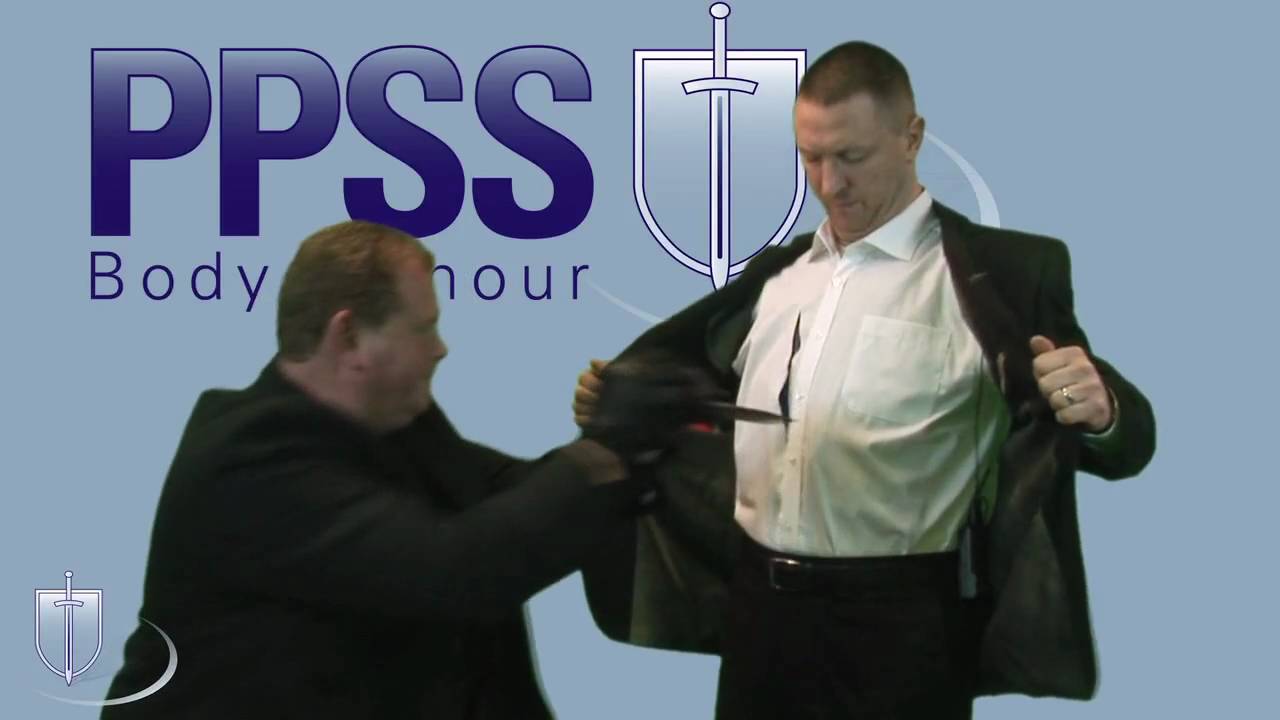 It's effective and unlike old metal armors you will not struggle in pain after impact, Yes old metallic armors are still effective against metallic melee weapons but a modern knife made of plastic and glass would just cut through, which doesn't happen to modern knife proof vests.

This is the effect of crossbow darts against stab resistant armors.

As you can see the dart did pierce a bit but didn't trust in, the same crossbow could pass apart a metallic armor or a shield.

These armors are mostly made of layers of plastic, therefore it's resistant to electricity too.

Much modern body armour will be effective against many types of melee weapons, since it can resist penetration and spreads the shock of impact over a wide area of the body. Woven armours like Kevlar, Dyneema or Spectra are vulnerable to stabbing attacks by things like icepicks, but since the most vulnerable parts of the body are further protected by plates capable of stopping a bullet, this threat can be mitigated as well. 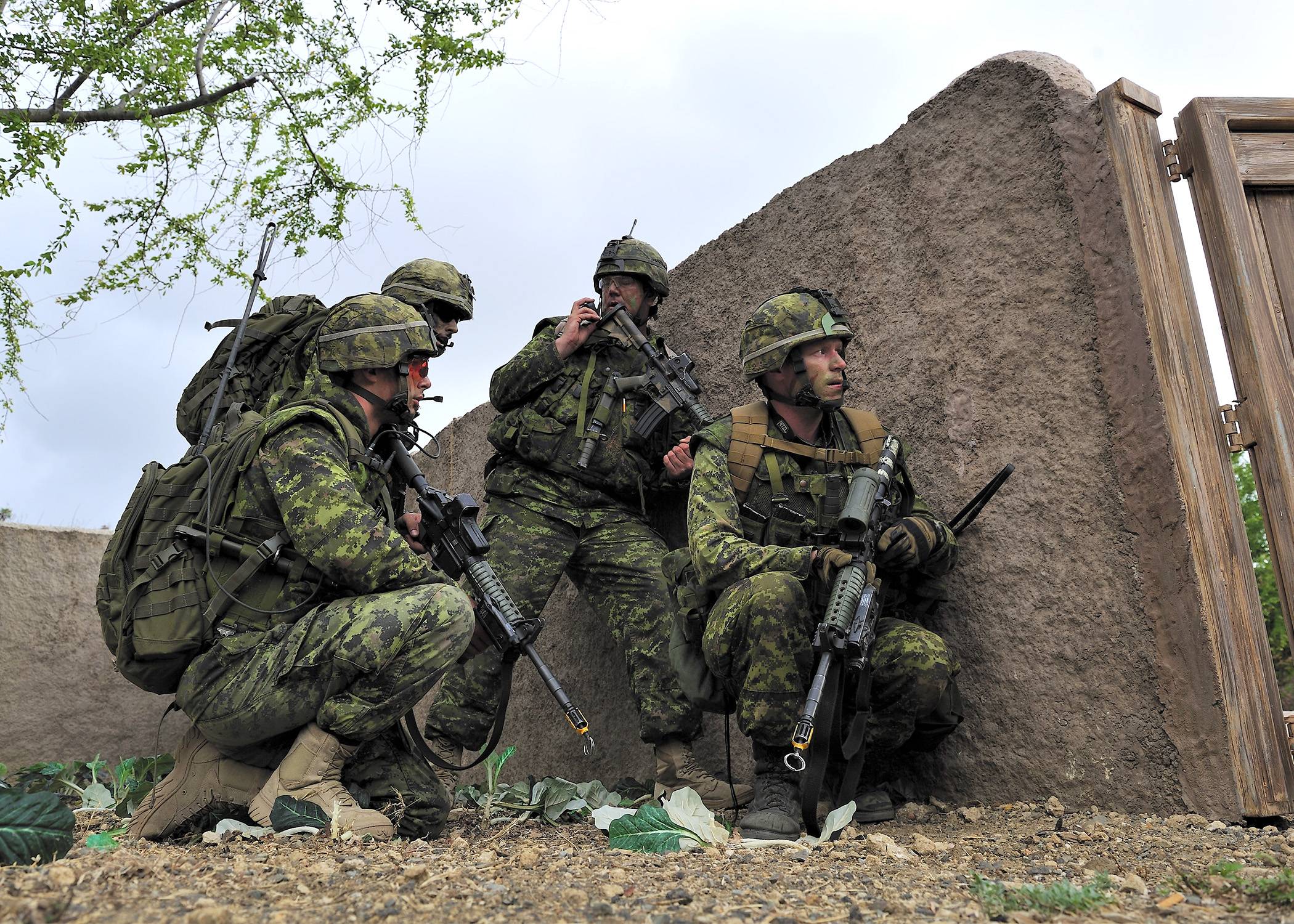 Indeed, one of the objections to modern body armour is that it is heavy and bulky, so if a person gets into melee range, the soldier or riot police officer is disadvantaged.

This can be mitigated through two means. Firstly, soldiers or riot police need to be trained in a martial art which is adapted for combat wearing full Individual Protective Ensemble (IPE). The Japanese police and army use Yoshinkan Aikido, but other martial arts could be adapted or developed. This also includes the use of melee weapons that the soldiers or police use, modern examples being batons, tasers, teargas and pepperspray dispensers and so on. Uniforms could be further adapted by having hardened bosses on the elbows and knees for striking, and gloves with hardened plates over the knuckles.

The second mitigation would be to develop lighter and more articulated armour. Modern armour is designed against bullets and shell fragments moving at high velocity, which requires a different solution than traditional armour designed against cut and thrust weapons. A suit of modern armour might be made out of titanium, which is very light and strong, but expensive, or ceramic plates, which shatter to disperse the energy of a strike. A ceramic plate armour suit will resemble scale armour so even repeated strikes won't totally eliminate the protection of the armour.

Ok I think you folks are a little misinformed. Metal armor is not used because it's expensive and for a person to be fully protected you would end up with an armor that weighs more than you do if your using steel. I don't know about anyone else but I'm not a fan of being unable to move.

Titanium is the best (currently) for weight and protection but it is expensive and you are still looking at 50 to 75 lbs of material or more in the armor alone thus why we don't have full suits of armor anywhere its just not cost effective.

The comment about metal armors not being effective vs modern blades it a misnomer vs a steel plate no single knife will penetrate unless you have a very weak plate or a large amount of force most blades will skid off the surface of solid plate. Now, chainmail is a different story and has been defeated by knives in the past and suffers from poor protection from stabbing attacks however slashing attacks tend to be deflected you will still receive a portion of the impact from the attack.

Crossbows, depending on how powerful one is, generally don't have a place in modern combat due to the slow reload and limited range but you can build a crossbow that can defeat nearly anything you just need bolts that wont explode from the accelerating forces a good for instance a guy made a bow out of a truck spring and the crossbow suffered stress failure because he used one out of a vehicle that had been on the road nearly 1 million miles thats a lot of miles to get stress fractures but i digress his crossbow would have had approximately 300-500lbs of power what this means is it would have been able to punch thru a car the ppl inside and out the other side without stopping

My point is you can make a armor invulnerable but you run into multiple issues the first unofficial rule is that the stronger the armor the heavier it weighs there is no getting around that sadly. the second is that the better the protection the less mobility you have while this plays into the weight rule its actually different in that you have to begin reducing mobility to protect the joints think later plate armor of the 18th century vs that of the 12th mobility had almost completely vanished for knights and they needed help just to mount a horse but unless they were to fall down in combat they were for all intents and purposes immune to damage from a soldier with anything short of a armor breaking weapon (mace, battle axe, war pick, lance, war hammer)

Ceramic shatters when it gets hit but that very nature means that its great vs a bullet or 2 before it becomes totally ineffective and its light weight means many modern armors use ceramics to help mitigate impact and penetration it also is inflexible and thus prone to damage from falling etc.

Steel is heavy and inflexible but it has great benefits over ceramic in that you can shoot a steel plate many many times and it will simply absorb the impacts with no issue however the weight and inflexibility make it a unpleasant option for some.

Not the answer you're looking for? Browse other questions tagged science-based near-future combat materials armors or ask your own question.

4
What would self-repairing armor be made of?
4
What would the properties of materials made of limpet teeth be?
7
What Limitations or Modifications Would Medieval Armor or Weapons Have if Modern Quality Steel Were Used?
8
Far Future Melee
3
Composite armor plates: stainless steel mesh embedded in poly resin
5
How to make shaped armor out of bone and resin? Any examples beyond The Elder Scrolls?
4
Composite Organic Armor