How would we terraform Mars?

Background: Interest in the red planet is re-surging. For example, Elon Musk has said he will lay out a detailed plan for Mars colonization this September.

How do you get the atmosphere and the water and all the energy you'll need to Mars? What is the timescale for such an endeavor?

You have two ways to go. Make it habitable on the surface with no protective gear. Or just make living space for large numbers of people.

The second is simpler. Drill down from the surface until you reach a depth where the temperature is except-able.Mars subsurface temperature sources Put in several air locks in the bore hole. Begin expanding parallel to the surface at this depth. Add internal atmosphere. Bring nuclear power plants to light your hydroponics bays. So far it looks like everything we need can be harvested from the martian Water Just bring the tools to extract water from the soil. Use that to create Oxygen. You can even use the temperature difference to generate energy as well.

Then use this base to transition into surface habitability. Continue drilling deep into the crust until you can plant enough nuclear devices close enough to the core that you can jump start mar's core. Jump StartElon musk to nuke mars(depending upon how fast temperature increases within the current core, and what the ultimate high temp is this may not be technologically possible at this point).

Jump start core to create a magnetic field that will help protect any future atmosphere. Start processes to fill the Martian atmosphere.

Clarifications based on question edits. You'll have to bring your first set of energy sources with you. Also your first bit of breathable oxygen. Once you've drilled far enough you can set up renewable thermal energy sources. Once those are established you can use surplus energy to begin processing elements from martian soil for future needs.

As for the time frame, its dependent on the finances thrown behind it. If the U.S. gave up war and put all of the militarizes spending into Project Mars they could send 12,333 falcon heavies to Mars in 2018 with a total payload of 167,733,333 kg.

The U S S Enterprise weighs 94,781 tons or 85,983,877kg. They could support 5,828 persons and the nuclear reactors could run it for 25-30 years.So starting in 2018 with current technology the U.S. could send between 5,000-10,000 people to mars every even year with the facilities to support them living in a military/spartan level of existence. They would just have to spend half of their military budget to do it.

There are several issues that need to be addressed in order to terraform Mars.

First off, there is a distinct lack of atmosphere to accept and retain heat, making Mars the very cold desert it is today. Secondly, there is no liquid water. This is partially a result of condition one, but also since Mars is very small, water evaporating from the surface can reach the stratosphere and be broken down by solar ultraviolet radiation into hydrogen and oxygen, which escape into space. This is amplified by the lack of a magnetic field to protect Mars from various forms of solar and galactic radiation, which is both deadly to surface life and erodes the atmosphere away.

Conditions one and two can be solved by diverting comets to strike Mars. Each incoming comet will deliver a great deal of water and kinetic energy, warming the planet, releasing frozen water trapped in the permafrost and delivering "fresh" supplies of water to replenish the water that was lost over the eons. The biggest issue with this scheme is the amount of energy a comet can release. Since they are in highly eccentric orbits they will have considerable velocity, so could strike with enough energy to blast much of the water and existing atmosphere back into space, the opposite of what we want. Planetary engineers will need to use techniques like gravity assist around Jupiter and solar, magnetic or electric sails to massively reduce the velocity of the comet so the amount of energy release is manageable. The comet itself should probably be cut into smaller chunks in order to reduce the energy of each individual impact, and spread the energy release across the area of the planet and over a long period of time.

After decades or centuries of planetary bombardment, there should be a considerable amount of liquid water, as well as a massive amount of carbon dioxide in the atmosphere due to the sublimation of the southern polar ice cap (which is mostly frozen C02). By this point, the planet should be warm enough to start seeding it with life forms to modify the planetary environment and bring it into some sort of homeostasis for more complex life to take root. Fast growing algae can be fed into the Boreal Ocean and lichen delivered to the land surfaces to convert the C02 atmosphere into an oxygen rich atmosphere more suitable for human and animal life. If it is worth doing, additional nitrogen can be delivered from Titan to buffer the atmosphere, much in the same way that the initial comets were used to bombard the planet.

Since Mars is farther from the Sun than Earth, keeping the planetary heat engine going will require some help, so platoons of mirrors will be placed in orbit to reflect additional sunlight onto the planet. Plant life will be able to operate more efficiently with additional solar energy, driving the renewal of the atmosphere much faster than with natural sunlight alone.

The biggest problem will be how to re energize the core in order to recreate a magnetic field. Since digging down to the core will be impractical (the static pressure will crush any conceivable tunnel to the core), some sort of remote energy delivery will be needed. Since we are talking about melting the entire core of the planet, this will take a massive amount of energy. How this is to be done will have to be left as an exercise for the reader. One needs to keep in mind that delivering Petawatts of energy to melt the core will probably not be an efficient process, so balancing the planetary energy budget will be challenging to say the least. Orbatign infrastructure like a massive set of superconducting hoops to create an artificial magnetic field to surround the planet may be more practical, but have issues of their own (including avoiding collisions with spacecraft and space debris). 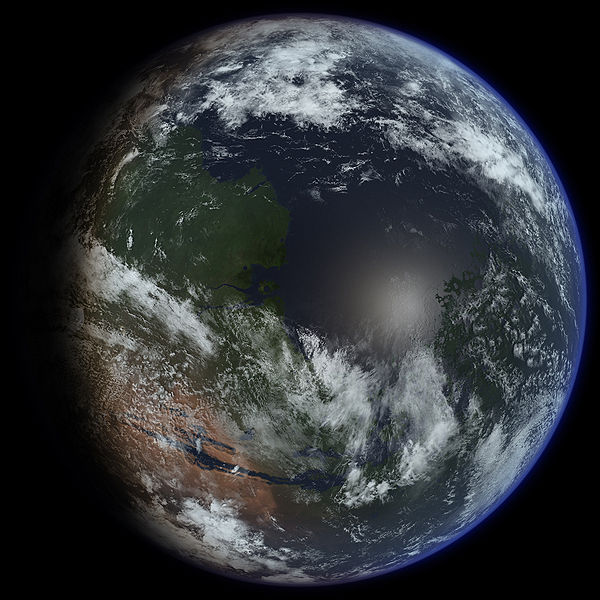 In the end, however, Mars will be a new planet with an independent ecosystem to support life. Elon Musk's descendants in 3500AD will be able to look back on the family patriarch with pride.

The scale and scope of the investment, energy and material resources needed to terraform Mars will be epic, and you might be looking at a project that needs to be actively managed for 500-1000 years, far beyond the wildest dreams of any Pharaoh building pyramids. This is perhaps the most pressing issue of all; how will a society be able to carry out such a project without changing its goals or collapsing while the project is half way complete? We are looking at a period of time comparable to the entire existence of the Roman Republic and Western Roman Empire, and no Earthly society has ever remained static or grounded with the same goals for that long.

I do even know where to stat answering your question, but one you may be sure, in those 42000 lines terraforming related are 0 lines. Even profit do not contain terraforming.

I can't resist, I have to throw a couple of stones in the Idea of terraforming the Mars.

It may contain samples of microbiological live for each extinction even on Earth caused by asteroids, or just results of hitting Earth by asteroids, for last 200 millions years or more.

The research of the Mars in its current state is very interesting topic and there are a lot of questions unanswered, you may wish to look at that video The Lightning Scarred Planet, Mars

Meteorites on mars, are better preserved, and filtered by atmosphere of Mars at some parameters. We have to investigate the difference and get all data from that difference.

Scientific value of current state of Mars is very high.

Answer is simple, but probably not what you are looking for: Research.

Research planet first. Before do, you have to understand it in details. It's not enough to just add atmosphere, and water. You have to be able to answer question will it trigger volcanic activity, mars-quakes. Which air flows it will be, where place water, where not, how the surface will bend under seawater pressure, which changes in relief as result it will be.

May it cause some stress on the planet surface which will cause 10-100-1000 years later flows from sea which may destroy some natural dam and lead to catastrophe with killing millions(or more) of people on the planet?

Or will it flow somewhere with big dry sediments which will react with water leading to building up stress in mars crust and lead to mars-quakes. And you better know where and why such events may happen, to prevent them.

You have to understand first how to make biospheres in general, we do not know how, at the moment. We had some attempts, of artificial setups, not all of them ended good (Biosphere 2).

Australia have problems with species (as from history Rabbits in Australia who do not have native enemies, who are aliens to native ecosystem.

So Second you have to do, is to be able move relatively big masses in space.

And with these capabilities and problems involved with mars terraforming Space_habitat's looks totally viable and very good alternative.

We need much peoples on mars to research it. The process of making it possible will improve our space capabilities, and will make other solutions possible, thinking about Mars as about second home, not wise.

Probably some day we will make planet, or will make many planets world-sized zoo , but until then we have to learn and develop our knowledge and practice.

Not the answer you're looking for? Browse other questions tagged science-based planets space-colonization terraforming or ask your own question.

3
The Earth's overcrowded, so let's build another one
5
Faux-natural barriers between environments in a world-sized zoo

24
Settings formed by Uncontrolled Terraforming of Venus and Mars via Portals
3
What would've happened if we used Europa's water to integrate into Mars atmosphere?
27
Why haven't we built city-grade domes to protect and control the environment?
14
Do the moons of Mars have enough gravity to colonize?
5
Why Colonize a Planet Without the Continued Benefit of Modern Technology?
11
How do I increase air pressure for the planet Mars?
3
How can you realistically set up a “Space industrial complex”
5
How can Mars have life but still be “The Red Planet”