How would a six kilometre long space station appear when viewed from the ground? [duplicate]

The International Space Station is roughly the size of a football field and can be seen with the naked eye from Earth, usually as a tiny dot in the sky.

In the setting I'm working on, there is an O'Neil Cylinder style space city (well, it is really more like a stack of Stanford Torus Rings, but never mind) in a similar orbit as the ISS that is just over six kilometres long and one kilometre wide.

How would something of that size appear from the ground?

ISS is an only just visible dot of 100 meters in size which at 400 km height covers a one arc-minute angle.

Your big space station would appear as a cylinder 60 times the length and 10 times the width of ISS, so it would be 60 by 10 arc-minutes (60'x 10'). And will be highly visible at the times it catches sunlight against a darkening sky.

To compare, the moon is about 30' across. Your construct probably rates a nick. Space cigar?

In hindsight I kind of covered @JDługosz's suggestion. Hope it helps.

This is more of a comment, but because of the length I'm putting it here.

While the size of the space station determines the angular distance that it occupies in the sky, the main reason that it would be visible at all has to do with the reflective surfaces which might be attached to it. The ISS is quite visible to ground viewers becsue the sun reflects off the vast sail like solar panels which provide power to the station. 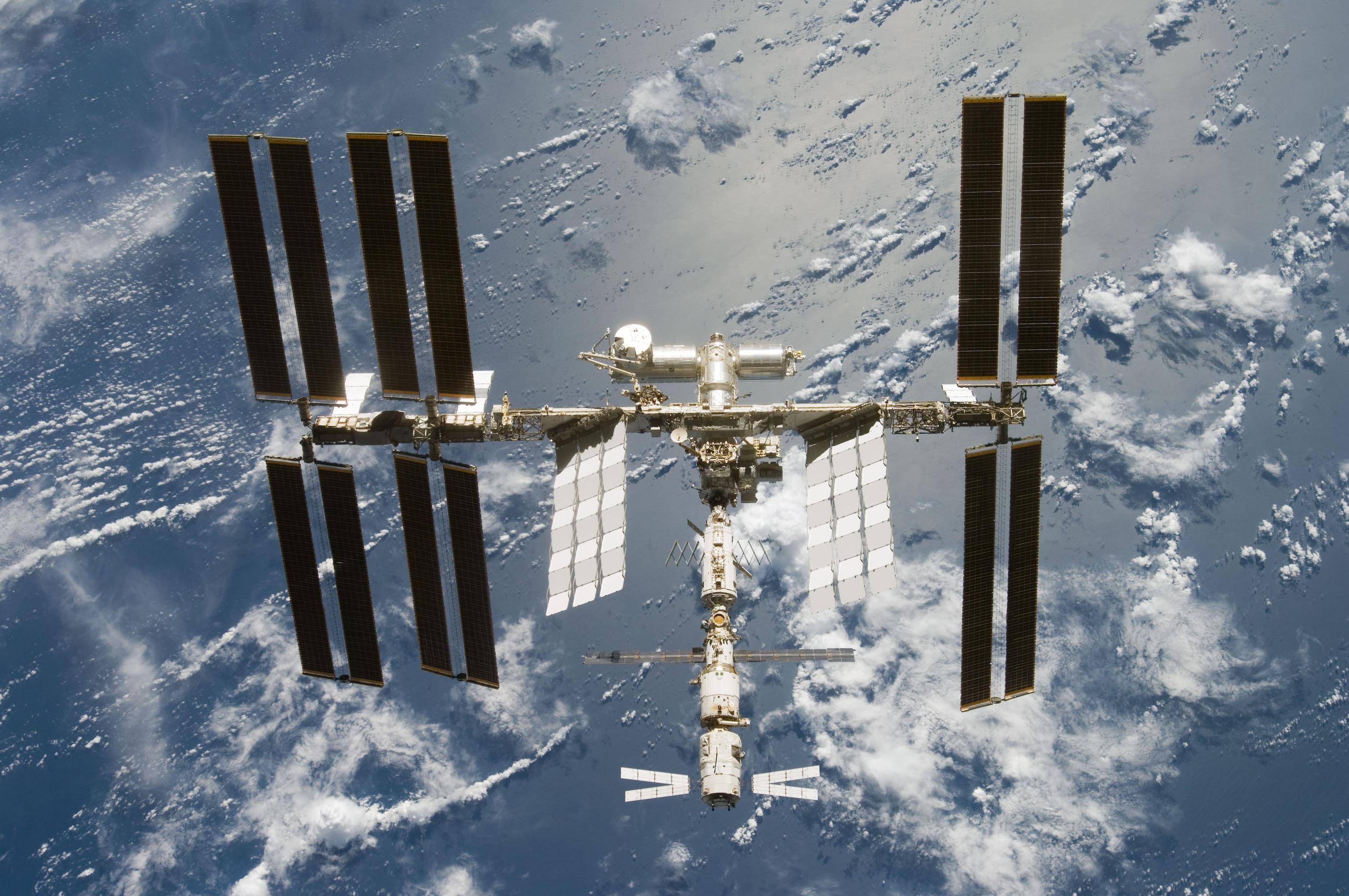 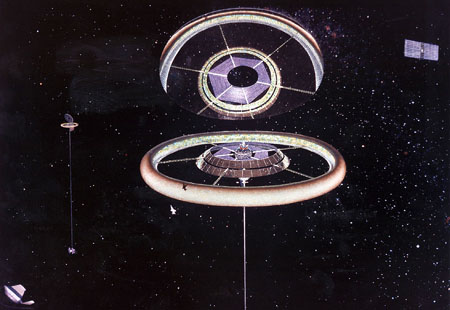 Since the mirror itself is the diameter of the torus (one kilometre in your case), it will certainly be highly visible, and the one thing which attracts attention long before the actual station itself. Under some circumstances, the glare from the mirror might actually obscure the colony itself from viewers on Earth, so ground observers will see an extremely bright "star" passing overhead, rather than the colony itself.

At the distance a 6 km space station would not be much more vissible to us than the ISS, it would still just be a spec in the sky. Possibly a clike a grain of rice, but still, not very noticible. I gathered this from using google earth and looking at a distance of 6 km from the height of ISS. A larger station might also be positioned further out than the iss for various reasons. Which again would make it appear smaller.

Not the answer you're looking for? Browse other questions tagged science-based science-fiction astronomy space-constructs megastructures or ask your own question.

26
How large does a spacecraft need to be to be visible from the surface of the Earth at 400 km altitude?

3
What would a orbital station and activity look like from the ground?
33
How are there so many species on the space station 'A long way from anywhere V'?
0
Space station around the equator
3
Would the Earth appear to be spinning off center when viewed from geostationary orbit?
11
Hurricane-force winds or gentle breezes in an O'Neill Cylinder?
5
Sun-like sky objects in a flat world?
4
Space station design for long-term safety and durability
28
Why do people still live on earthlike planets?