What would it be like to use a vibro-blade

Probably one of the many main-stay go to weapons for most sci-fi settings. How exactly would you go about making the blade "vibrate" or resonate at in such a way to increase its cutting power? Would you even be able to hold on to such a weapon and would the weapon eventually destroy itself?

"A blade, even a small one, works on a simple principle. Force applied > Friction of the cut material. A knife, a regular kitchen knife, sharpened to a micrometer tip, where the edge width is 1.0x10-7meter wide, would require a very small amount of force to cut something like say, a watermelon rind. Cutting through it would take some force, but pushing downward with a blade it would go through with some effort.

Now, if you add vibrations to the knife itself, those vibrations would allow the blade itself to wiggle back and forth. Say, indude a 10Khz vibration into the blade. That's playing a sound, that has a frequency of 10,000 vibrations/second. Science definition: 1 Hertz = period between the Crest and Trough of a wave. 10,000 Hertz, or 10KiloHertz means that 10,000 of these crests and troughs will pass every second. That said, a 10Khz sound induced would cause the blade to osculate, even microscopically, in response to the sound. The blades vibrations would act by forcing additional energy into the blade that would translate into the cut surface quickly and help separate the materials easier by means of creating a small, albeit microscopic pocket of air between the knife and the watermelon rind that you would be cutting.

Consider this, a Turkey Slicer, oscillates back and forth to cut through turkey. This is the same concept, instead of going back and forth many times a second though, you would be making the blade go side to side. The faster the waves, and the higher the frequency, theoretically, the more you would see the effect to a point.

There is cause for concern when doing something of this nature however. Once you reach a certain point, you may wind up shattering the knife, because the oscillations are to much for the handle, metal, or blade to stand and could wind up damaging the blade. When this happens, best to get a new knife."

(different post by the same user one day later)

"The oscillations caused by a frequency going through the blade are debated every now and then as to what the affects may actually be. Some say that inducing a high frequency, high amplitude wave would be damaging or disrupting to the user.

For example, grabbing the handle of a push mower, or a chainsaw. These Items put off a low frequency (mowers 60-200 rotations per second and chainsaw blades travel along the blade track at around 150 revolutions per second.) but also have high amplitude. Lawnmowers for example, encounter blade instability and many, many points of drag that make the blades "wobble" creating additional, interfering, points of impact making its vibrations do strange things. Chainsaws, on the other hand, have a highly serrated edge that creates hundreds of "teeth" hitting and chewing at wood when pressed down on a log. These teeth all create a similar instance of multiple points of drag and slow the blade down, and in such create more interfering vibrations.

The concept for a sword however, is much different than this thinking. In the sword forging community there is a concept to use just this, its called Harmonic Balance.

What Harmonic Balance does for a sword- prevent's shock from being transmitted to the users hand when striking with the sword. This conserves energy- the sword doesn't 'waste' energy shaking the user even when the strike lands off of the COP. It also prevents the user from losing control of the sword because of vibration transmitted to the user's hand. It also minimizes the sword's tendency to damage it's hilt assembly through vibration. All good things!

Michael Tinker Pearce Moderator Sword Maker SFI Honorary Educational Advisor This would go to say that Vibrations are reduced from travelling through the blade into the user of the sword, and that vibrations are bad. However, on the opposite side of the scale we can use the same principal, but make a simple tweak. Use a Super high resonant frequency wave, or an Ultrasonic wave to generate an extremely high frequency wave, with a very small amplitude. These "micro vibrations" would be invisible to the naked eye, and may be felt to a small degree, but overall in the handle would be ineffective.

What this means for the blade - The increased, high frequency would cause the blade to move back and forth so fast, that it would literally begin to obliterate things on contact at a microscopic level. As far as the frequency, were talking... 20Ghz, or 50 Ghz. That's 50-billion vibrations per second." 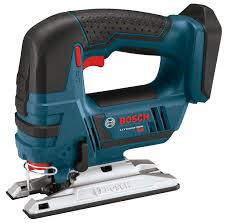 This is a vibro-blade in all but name and high impact use. It has a short serrated blade that's rapidly vibrated to give its cutting action. The vibration is a highly effective and it's unlikely to shake itself to pieces.

However it has some downsides.

In this case you can clearly see that the blade is considerably lighter than the handle. This balance needs to be maintained to get the vibro-blade rather than a static blade with a vibro-handle. In long term use you also get the risk of what's known as Vibration White Finger. 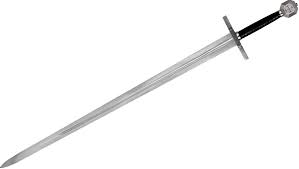 Now we're looking at something that could be used as a vibro-blade. You'd still have to take a lot more weight off that blade and unless you have the ability to cut through 2 inches of steel on contact the chances are you wouldn't be able to parry.

Now I'm not bumping the technology up very much here. Vibrations are still macro and it's almost within currently available technology. You just need to sort out the weight and edge on the blade.

Several posters have already commented on the size and mass of the power source, but another factor which would have to be taken into consideration is wast heat. The conversion of electrical energy into the vibrational motion of the piezoelectric crystal isn't going to be 100% effective, and the blade will also heat up to a certain extent because extra energy is being delivered into it. The user will find the grip becoming uncomfortably hot in a short time (and if the battery or generator is in the pommel, holding the sword would become tricky over a long period. A hot Lithium ion battery isn't something to mess with...).

The blade will act as a radiator to a certain extent, and "sculpting" the blade to increase surface area and wielding the blade in a continuing series of motions to induce airflow over the blade will help the user keep the system cool. Fights with edged weapons could become frantic slashing battles as the users attempt to keep the blades in motion to cool the vibrational machinery concealed in the grip and pommel.

Other answers are quite good, but I feel that I can add a bit of interesting information:

Answering last point of your question:

and would the weapon eventually destroy itself?

Eventually yes - but you can take a look at real-world electric hand-tools that produce vibrations... drills, saws, chainsaws. Those things could be built to last tens of years. And bear in mind - real-world guns and swords are not designed to last forever.

It's also possible that "vibro" part in "vibroblade" is scientific or brand name for some kind of effect or technology that has no connection to physical vibrations - like some kind of electric current that strengthens the bonds between blade micro parts composed from specific materials; this theoretical 'current' makes blade hard or robust and keeping edge, yet not fragile (limitation for real-world swords - the harder the steel the sharper edge it can carry to bite into less hard material... but harder steel is more brittle than flexible! imagine having a glass sword - perfect hardness... ugh... broken... zero utility)

Transmission of harmful vibration to the handle can be eliminated by counter-vibrating a suitable counterweight.

If the device is simple, depending on careful design and good balance, some vibration will be felt, caused by a reaction of whole tool to the force it is exerting on the cut material.

With microelectronic technology available even today, the handle vibration can be sensed and the ratio of blade to counterweight motion can be dynamically adjusted, microsecond by microsecond, so the user will feel nothing.

Most people assume that the 'blade is simply some type of standard sword that vibrates. I envision a razor-thin, high tensile strength pair of blades set up much akin to a tuning fork. Their vibrations offset one another, greatly reducing the effects of the vibrations on itself or it's user. While the blades would be relatively ineffectual when not vibrating, the high vibratory rate (in the terahertz range or higher)is what causes the actual damage.

Not the answer you're looking for? Browse other questions tagged weapons science-fiction or ask your own question.

36
What would be the ideal melee weapon for someone with superhuman strength?
16
What would justify the use of serrated blades in edged weapons?
7
Reimagined Weaponry: The Illidari Warglaives
5
Making a Niven-style “variable blade” using electromagnetic fields
6
Small Species - What weapons would make sense?
10
How durable are silver inlays on a blade?