How many people can the government realistically save?

I'm forging an alternate history set in the year 2012, a horrible zombie virus is sweeping across America, it spreads extremely quick and is incurable. The infected are basically Dawn of the Dead zombies that are smart, a deadly threat. The Center for Disease Control has decided to save as many of the American people as humanly possible. While the states on the West Coast and central America have already fallen into chaos, the remaining states of the East coast can still be saved; over 100 million people. The government has decided to set up shop in the North-Easternmost states of New York, and have already blown up the bridges and entrances to the island. Now Military rescue Helicopters are spreading across the "Survivor Zone", based on Aircraft carriers. 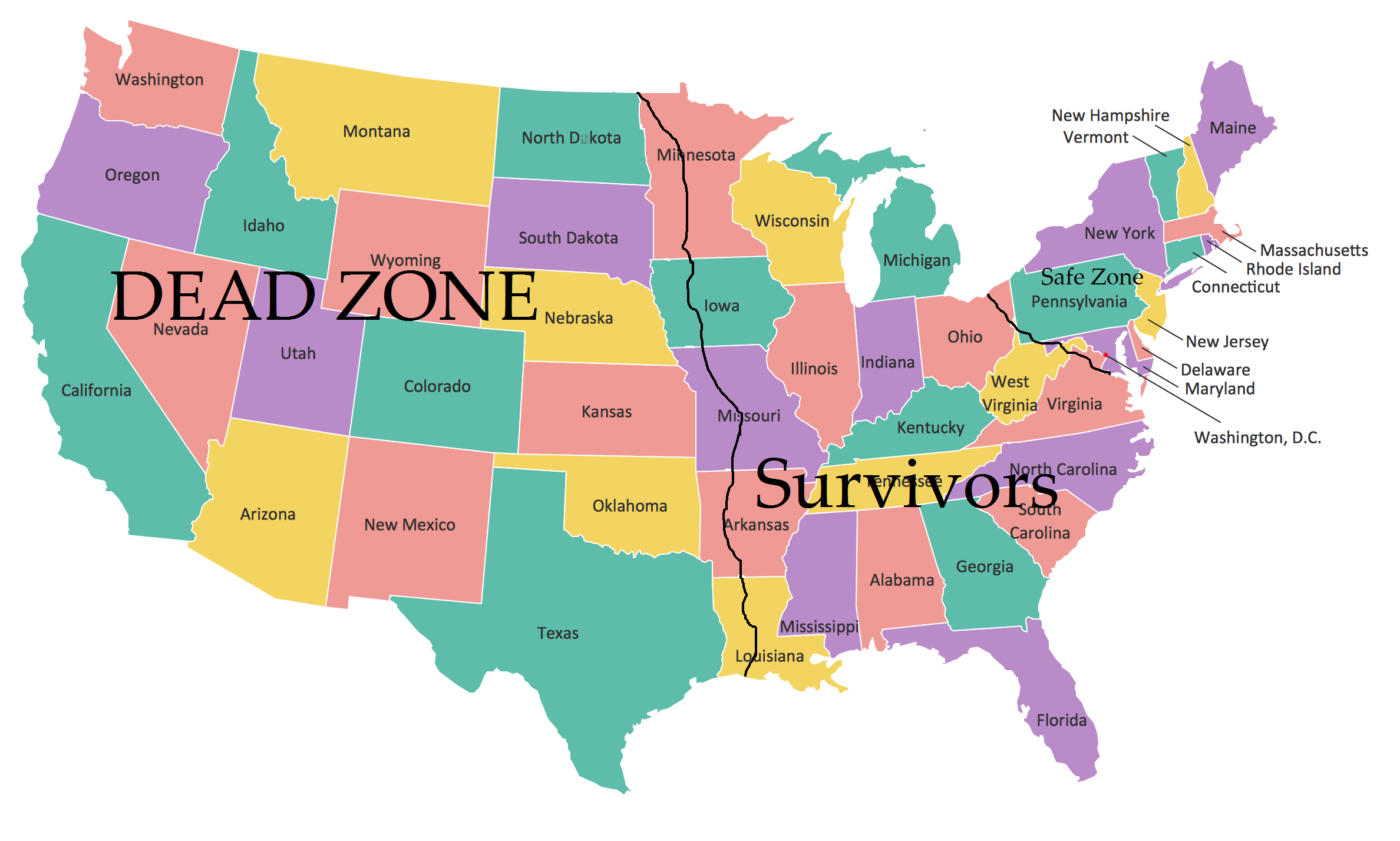 While figuring out a number for survivors that would come to live in the safe zone, I hit a mental block as population density and survival (at least in terms of food and water) are one of my many weak spots. The safe Zone is over 350000 km squared and has a current population of over 40 million after riots. Assuming that each person is allowing an average of 1000 square feet and the rescue missions have a 6 in 10 success rate, how many people can the government realistically house, feed and keep alive in the safe zone?

Jeavons has a model for a vegetarian diet and the short answer is summarized as approximately 8,000 sq.ft. for a complete diet for one person (you need 4,000 sq/ft. of actual growing space and at least 4,000 sq.ft. for pathways and access).  That is also assuming you have four growing seasons per year, and your harvest is 100% (no failures).

Simple math reveals: you can feed up to $24,702,425$ vegetarians ($24 \text { million}$) from agriculture of Maine size. This agricultural area would be distributed on many states in your case.

By giving up a bit of standard of living you will have no problem supporting however much of the US population you can get behind your barrier. Cut greatly back on meat, if necessary supplement with stuff from a chemical plant.

Not the answer you're looking for? Browse other questions tagged reality-check government apocalypse zombies or ask your own question.

6
What can I do to the zombie virus to make it more effective?
1
How many people can can a self sufficient city, protected by a magical barrier, fit per square mile?

53
What US states are most likely to rebel?
35
I'm stranded on an alien planet. How can I tell what's good to eat?
2
How to persuade people to become workaholic-zombies?
2
Why would the Government kill those it can't save?
4
What are the political outcomes of the Sahara Project?
22
How might a government pass a law without the population knowing?
9
The government builds an Ark before an apocalypse — how does it get people to come?
7
Would it be realistic to hide a city in the United States?
2
Plausible reason for why the government isn’t present