Could a creature reasonably have both armor (in the sense of armadillos or pangolins) and be able to change color over the short term (less than a day)? I'm afraid I don't know enough about biology to come up with a reasonable answer.

If the creature had refractive hairs on its outer shell, it could refract light into prismatic colours. Depending on the environment, this could either dazzle predators or blend its outline. This is evident in creatures such as the bobbit worm, which has an exoskeleton covered in fine hairs. At a push, these could be used intelligently to blend in with an environment. 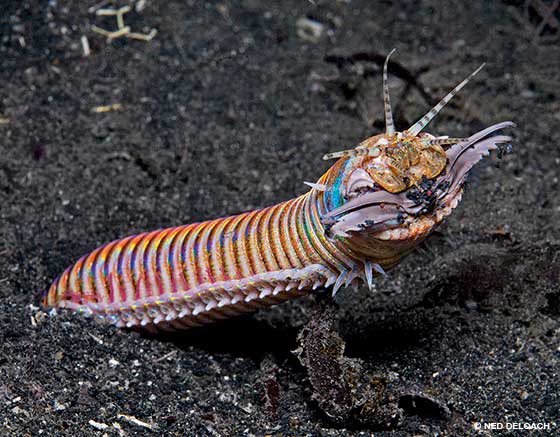 The shell could also have the same chemical qualities as a mood ring. The creature flushes blood around that section of the shell to change its colour.

Finally, given that your creature has a whole day to prepare, it might use versions of camouflage other than colour changing. The assassin beetle, for instance, is covered in small barbs. It kills its prey, then wears the bodies on its shell. 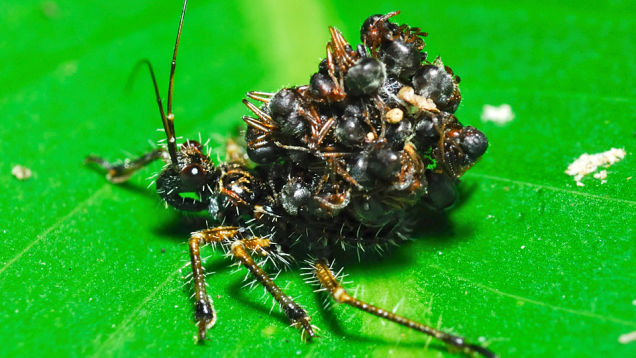 I can't think of any examples where such a structure has evolved, but there's no reason it couldn't. So long as your outermost layer, the one providing color, is "living," you could have chromatophores which permit color changes. It would be harder if the outside layer is "dead," like hair or nails, but you could still pull it off by having the living chromatophores interspersed through the armor. I'm thinking something similar to how corals operate.

This is simple enough to create by having a creature with both chameleon skin properties as well as normal "armor" properties.

To change the color of your armor, your armor pieces simply have be layered:

But how does this work?

Well, by changing the space between the guanine crystals, you change the wavelength of light reflected off the crystals which changes the color of the skin (outermost layer).

If we look at a chameleon, we can see that it has scales and can change its colour. It could be that over the years a new kind of chameleons evolved, with thicker scales of course. It also could be bigger and have larger claws, the biggest ones are already about 68 cm long.

Well, why not transparent scales or plates? We already have resistant transparent polymers used as bulletproof material. The animal could have a skin able to change color like an octopus or cuttlefish (or chameleon, though they don't use it to properly blend in with the environment) and an upper layer of transparent scales or slightly overlapping plates, you could likely get something akin to the I-Rex camouflage through that:

61
What are the conditions in which a creature would evolve more than one brain?
20
How much blood does a vampire need?
5
Viability of a hybrid endo-/exo- skeletal intelligent (space-age) race
11
Could a creature fly like a helicopter?
46
How expressive is a color-based language?
15
Creature-Design: Unkillable save by sacrifice
10
What attributes and how big would a sea creature(s) need to be to tow a ship?
7
How Would Weightless Creature Steer Itself In The Air? (Can It Sail?)
7
Recovery time after major bodily alteration (shapeshifting)