How should I create my Merfolks to make them landbased?

I want a mermaid protagonist. If I am to make this story realistic, how should the Merfolk's body structures be made to make them adaptable for both water (swimming) and land (walking, running)? Is this even possible?

I am asking, more specifically:

Any other solution is going to involve either biologically improbable mechanisms to separate the legs or them moving more like a snake on land.

That I can think of there are 5 ways. Hopefully you find more: 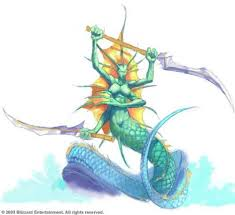 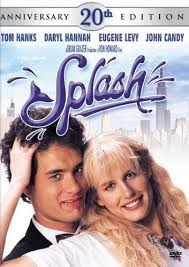 Would it be possible for a water based animal to swim with a tail that was structurally just human legs fused together?

If mermaiding is any indication, yes. Real-world mermaids are humans who wear a swimsuit that covers both legs and ends in a monofin that functions as a fluke. The monofin clips onto the feet, and the swimmer uses a motion called a dolphin kick.

There's an online store called Mermagica that sells monofins and swimsuits designed to fit over them.

Could they walk if the tail was constructed into legs or would it take them too many years of therapy and not be worth it?

Milagros Cerrón and Tiffany Yorks were born with sirenomelia (fused legs). Their legs were separated surgically, and with physical therapy, they learned to walk. (No word on whether anyone in the operating room was named Ursula.) Ms. Yorks still needs crutches. Shiloh Pepin was born with the same condition, but because the blood vessels in her fused foot were more intertwined, she couldn't be given the same operation.

If my Merfolk had tails could they be separated into human legs without them having a human ancestor or sharing a ancestor with humans?

That depends on what you mean by "ancestor", as all vertebrates are believed to share an ancestor. If you just mean not sharing an ancestor within the order Primates, then yes, there are examples of other aquatic vertebrates swimming with specialized hind feet: seals among mammals, and loons and grebes among birds. If you're aiming for some measure of land agility, as your later question implies, you could consider elements of the physique of Olympic gold medalist Michael Phelps: long, thin torso, long arms, short legs, and large feet connected to hypermobile ankles. (See Phelps, No Limits, p. 67.) Then exaggerate them. But if you're looking to create mer-people, as opposed to yet an-otter animal species, you still may need a path to sapience other than that which produced Homo (tree dwelling -> prehensile hands -> tool use -> sapience).

Not the answer you're looking for? Browse other questions tagged biology underwater merfolk or ask your own question.

8
Would all the Merfolk die out in a short time?

27
What adaptations would be made to a town to make it more merfolk friendly?
37
Is it more likely that merfolk would evolve with horizontal or vertical tails?
13
Mermaid Buoyancy: Oily Livers, Swim Bladders and Lungs
12
Mermaid Land (and Sea?) Combat
2
Evolution of vipers (merfolk)
18
What underwater creature would be well-suited as a pack animal?
9
Floor Material: What would mer-society like to use for comfortable floors?
63
What would a medieval war against an aquatic race look like?
15
Would anti-personnel mines be useful in mermaid warfare?
10
What would be the most comfortable position for mermaids and humans to engage in sexual relationships?