Floating buildings on Venus. What shapes are credible?

Venus is being paraterraformed with floating cities. Mechanical machines collect material from the surface and send it floating at an altitude of about 50 Km where conditions are more Earth-like. Here the material is assembled into building.

The "city" is not in one piece. Each building has its own floating mechanism independent of the others. The city is ring-shaped with buildings moving in a circular motion around an empty center.

Some buoyancy is provided by the internal atmosphere which is less dense than the venusian atmosphere. However I want them to use other systems as well, in particular wind. I was thinking in particular of the Vindskip concept (The video is short and gives an idea of how it works).

What shape/machinery can I give to the buildings to have them harness wind power for flotation?

EDIT: Maneuvering is available for the buildings, and some minor propulsion systems can be considered too

A building, or any other body, floating in the air with no propulsion to move and direct it, will not experience any relative wind. There is no shape that will provide passive lift without relative wind.

If you can discover places where the wind varies significantly with altitude, and the wind patterns are reliable enough, you might be able to construct a flying object consisting of two bodies connected by a long cable and experiencing a strong relative wind between them.

This would look like two kites or wings facing each other but at different altitudes. The ground speed of the two connected wings would be the mean of the wind speeds, and each wing would fly on a relative wind half the difference between the wind speeds.

Here is a rough sketch: 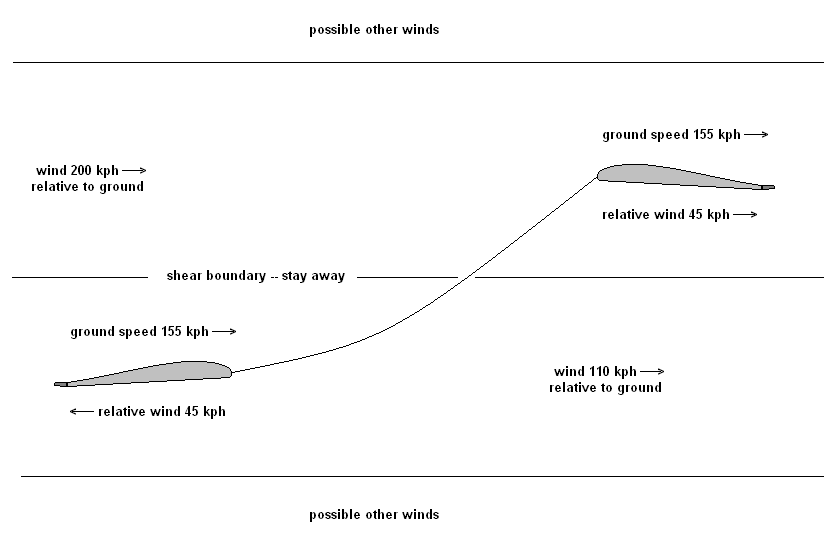 On Venus this would be placed at high altitudes where the atmosphere is energized by the sun. The weather near the surface of Venus is very dark and very calm.

Spheres. No others need apply.

In particular, the enclosure wants to maximise the volume with minimal material, and the bubbles can be made with structural members in geodessy: that is, purely in compression or tension.

This is what I thought you were describing. But now (and the question still needs clarifying!) I think you're wanting what's essentially an airplane powered by wind: that's not possible. If you want a kite, it needs to be tethered.

Your spinning disc sounds a lot like the classic "Frizbee" toy. There are a lot of variations including ring shaped ones, so in terms of aerodynamics, a spinning ring with the proper airfoil shape should be able to fly in the Venusian atmosphere. 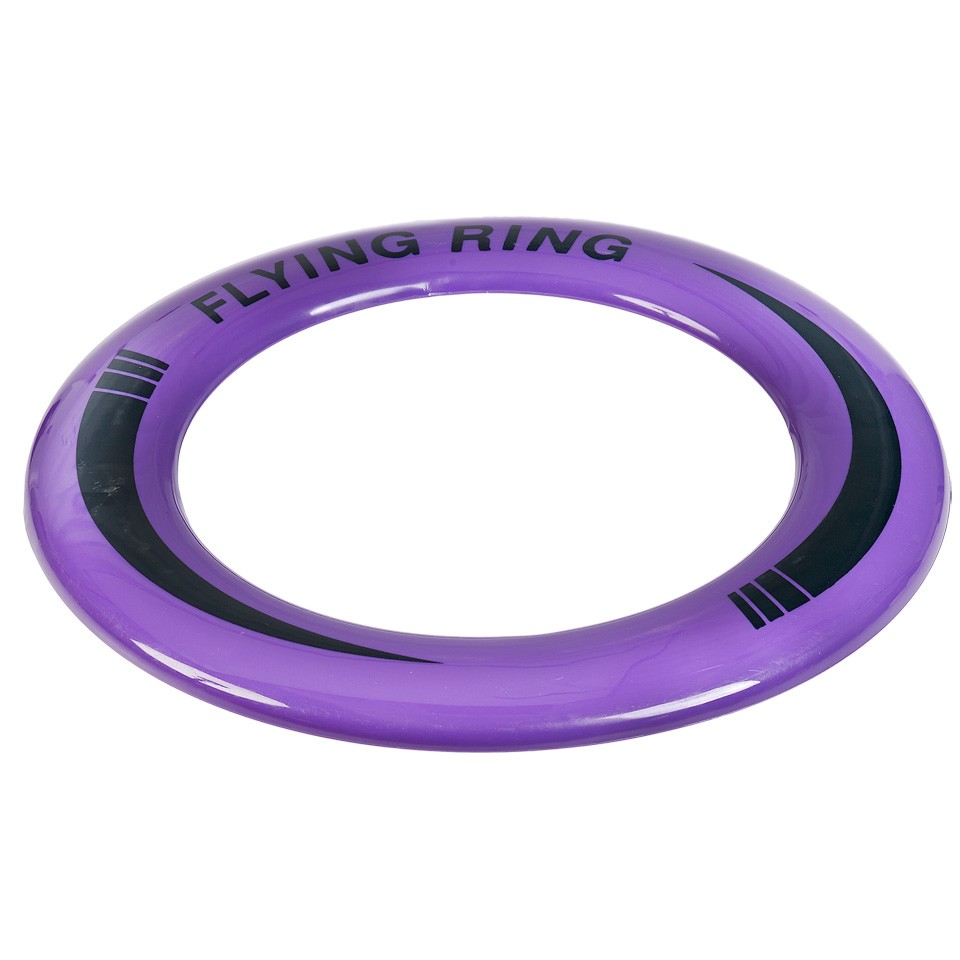 There are a few factors to keep in mind. Unless the structure is very large (many kilometres in diameter), the spin rate will induce a lot of stresses on the people and buildings inside. In the extreme case, the ring is rotating so fast that the buildings are oriented with the "floor" pointing at the outside of the ring and the ceiling pointed towards the open centre, you are creating "artificial gravity" like a space station.

If, for simplicity and to keep the mass and maintenance to a minimum you have the buildings fixed to the floor of the ring, then the rate of rotation needs to be fairly low. People walking inside the ring will still experience forces induced by the spinning, but if it is low enough, they will be able to compensate.

The second issue is "how" the ring keeps spinning. The Frizbee gradually slows down as air friction steals the momentum of the toy after you release it. The colonists are not going top be too thrilled as the rotating forces are substituted for free fall into the depths of the Venusian atmosphere.....

Several ideas suggest themselves. The ring will need a series of motors around the perimeter to drive the rotational force. Since the atmosphere isn't too conducive to combustion (and sending fuel to keep such a large structure rotating will be an immense task in itself), you could have the upper surface being a microwave receiver and solar power sats in orbit are beaming electrical energy to the structure. Some is tapped to run the internal systems and the rest keeps the motors running (probably electric engines spinning huge ducted fans or propellers).

Another way to go about this is to consider a tether from the mining site on the ground. The tether is used to send mining buckets to and from the ring, but it might also be part of a thermocouple system, with the temperature differential between the ground and the ring being used to generate electrical energy. This avoids the complications of a solar power satellite, but the amount of energy will have an absolute limit based on the difference between the two temperatures, and the efficiency of any system to tap energy will always be less than 100% anyway.

For aerodynamic reasons, you want everything to be enclosed in the ring shaped airfoil, since protrusions and gaps between objects will simply induce drag and make spinning the ring much more difficult and energy intensive.

One other consideration for any sort of floating colony in the atmosphere is how are the people going to get too and from space? a spinning ring or a giant spherical balloon like a "Cloud Nine" is going to make a very tricky launch or landing platform.

Not the answer you're looking for? Browse other questions tagged reality-check space-colonization airships or ask your own question.

24
What is the feasibility of a floating city on Venus?

2
Why build a datacenter with an awsome view?
24
What is the feasibility of a floating city on Venus?
24
Why are alien buildings/ships unusual looking?
2
What are the energy requirements of moving some of Venus' atmosphere to Mars?
6
What are the military pros and cons of a low gravity world vs a high gravity one?
6
What are the economic pros and cons of colonizing a low gravity world vs a high gravity one?
6
City defenses against kaiju attacks?
7
What are some ways an airship could be landed without people on the ground?
2
What materials and what shapes should be used for struts inside a vacuum airship's envelope?