What would be the optimal shape for a spacecraft intended primarily for use in space (but capable of landing)?

I am currently focusing my worldbuilding efforts in designing a story (or, perhaps, if all goes well, a series of stories) that take place in space.

In my constructed reality, there exists a material with metaphyisical origins (which is quite a bit of handwaving, I know...) that isn't comprised by atoms, instead being completely solid (I know, I know, completely stupid and completely impossible by our current knowledge of Physics, but...). Furthermore, it also has no mass (so no inertia) and isolates whatever may be inside from all forms of radiation and direct impact. Let us call it, quite appropriately, handwavium.

So, with this handwavium, as well as with the (once again, handwaved) possibility of extracting zero-point energy or some other law-defying solution like that, as well as FTL travel, one should not have, at least as far as I can tell, any kind of restraints in designing the ships.

And that brings me to the question: assuming the ships should be primarily space-borne (with the possibility of landing on planets if desired/needed), with the intent of acting as the headquarters of some kind of well-intentioned organization (so, with the capability to hold about a thousand to ten thousand people in comfortable lodgings, with all kinds of technological goodies), what should be their shape?

Oh, I almost forgot, there is a way to create handwavium in any shape we want, and the way it is made implies that the surface is completely smooth, so, in principle, there should be no friction (from fluids flowing alongside the surface; of course that entering an atmosphere with a straight surface should cause resistance...). There are also ways to artificially generate gravity and annulate the inertia of the passengers, so that is not a concern.

Considering you're hand waving away concerns like inertia and friction, it sounds like you're entering territory where economy is a (the?) primary concern. In that case you might consider a sphere.

Low surface:volume means you use less handwavium per ship, so you can build more ships, or whatever else you might like out of the miracle material. The uniformity and structural integrity means you do less strutting for support.

Depending on your aesthetic concerns, he inhabitants might not like the rooms in the inside of the shell that have oddly shaped walls, but if you build a rectangular or hexagonal warren of habitable rooms inside, even out of a more traditional material, it could both reinforce the structure and let you use the 'leftover' space for plumbing/wiring/storage.

Shape is completely irrelevant in space, and will only come into play depending on the type of propulsion system it uses when entering the atmosphere.

If it brute forces its way onto the surface it can be shaped like a barn for all that we care - it just needs to have engines powerful enough to lower it safely to the ground.

If, however, you want it to glide into the atmosphere and land in a plane-like fashion then it needs to be aerodynamic. 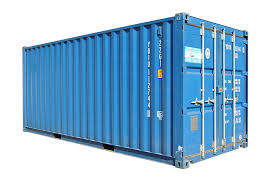 While a sphere is more efficient for material used against internal space created, a cuboid generates more effectively useful internal space without the losses caused by curved walls.

Since you've handwaved off most of the relevant physics, you're basically building a large shipping container, so stick with that thought. It allows easy landing, easy loading, easy docking, easy modular structures. Keep it simple.

The best shape, given what you've said, is that of a bust of the inventor. It cannot be changed once made, and the mechanism is secret so no other shapes can be made.

Consider that an impervious shell of a hull won't have moving parts, so the natural orifices in the head shape can be put to good use as various hatches and passageways.

Seriously, you hand-waved a material that bypasses normal engineering constraints, so there is no answer. You can leave limitations in as a plot device or bypass any concern raised.

Why do we shape things the way we do? This sort of thing you are trying to design is a container- meant to hold things, transport things, etc.

What else is it supposed to do?

Well we are ignoring mass and friction of the handwavium, so we have 2 issues- The problem of economy (see user20486's answer) The problem of geometry

I am assuming we don't care that much about economy- if we are not worrying about the mass or friction or stability or strength of the handwavium, why should we care how much it costs?

Coming back to it being a container -interacting with its internal objects- we probably want it to have efficient space inside. But as long as you have a good architect designing corridors and rooms, the outside still could be basically any shape.

So not caring about its interactions internally, what will it interact with externally? We already know it needs to 1) fly in space and 2) land on planets.

Flying in space can really be any shape, except how are you going to mount the thrusters? Unless you are having it powered on some sort of field-teleportation-propulsion that doesn't care about torque, you are going to have objects attached to it that pull or push the rest of the ship. For turning thrusters, they will need to be farther away from the center of mass of the ship, but not so far as to break when they are fired. Thrust propulsion needs to be balanced symmetrically (all behind the center of mass as in normal rockets or balanced on each side like the Starship Enterprise) or you won't be able to travel in a straight line. Obviously if you have some sort of teleportation mechanic none of this matters, either.

To land on something solid, it would make sense for it to have a "flat" sort of thing. Whether this is an actual flat part of the ship, or legs, most landing pads I have seen imagined are a nice flat surface. This would also mean that if loading/unloading are to be planned on a planet, that should probably be convenient as well.

Is your ship going to dock with anything? Making docking with starports/other starships/satellites convenient is also a consideration.

Is your ship going to have to fit anywhere? For example, in open space it would be as inefficient spatially and sprawl everywhere as much as it wants, but if it were ever in a place with several ships, that would be horrible.

Given that you've eliminated most of the physical restrictions on shape, I think it would dictated by the social structure and the agricultural/industrial needs on board. For a highly egalitarian society based mostly around nuclear families a circular design with a central public circle with rings dedicated to residential and then industrial and or agricultural zones would work. For a more hierarchical society a literal pyramid or just an elongated shape might work better with leadership at the front/top of the ship and those of lower status further and further back/down.

3
What shape would a spaceship have

8
What measures (and appropriate countermeasures) would be used for sensing and target acquisition in far-future space warfare?
8
How long would it take to transform a human into a space-ship and back?
24
Advantages/Disadvantages with Large Naval Guns
26
Reality of glass (or some sort of transparent composite) windows on spaceships
5
The practicality and feasibility of a fully-submersible aircraft carrier
3
Is it possible to build weapons that shield the RF frequencies pre-cogs use to send their memories back in time?
13
What is the optimum shape for a space warship which primarily uses rockets for offensive weaponry?
1
What would be a good engagement distance for space ships, assuming it took place in the sol system