How should the Magic market be regulated?

The population of the planet is between two and four million wizards, but not all of them are born equal. More than half of the population don't produce enough magic, or lack the focus, to actually cast spells.

They still produce some magic, that can be harvested and stored in magic batteries. The collected energy can be used to power things like sentient automatons/robots, flying boats, atmospheric spells, etc.

To charge a battery, people have to carry it around with them, see illustration bellow (pardon my poor drawing skills). 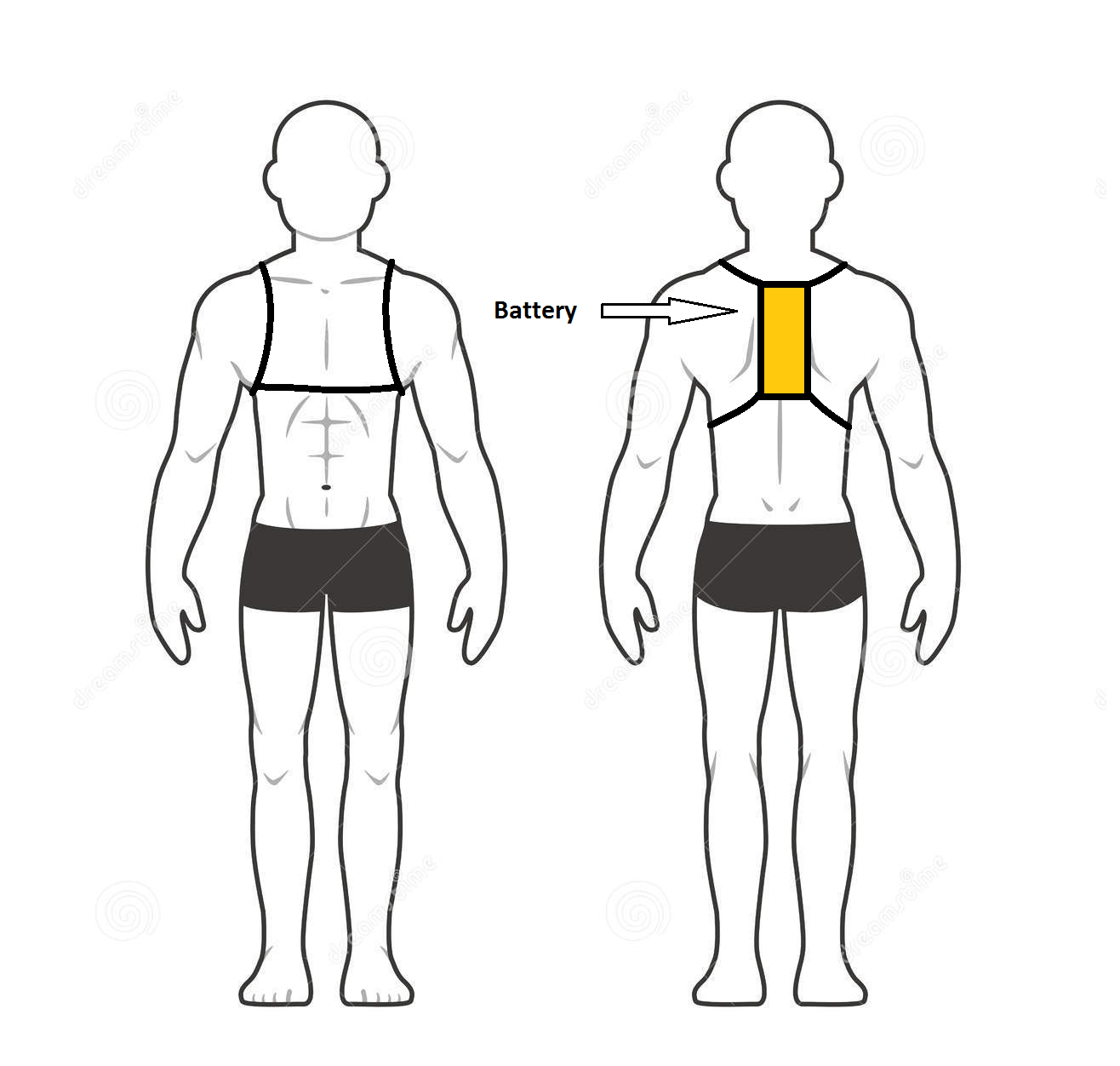 Depending on the person, a battery can take from a few hours to a couple of month to charge. Once fully charged, there's no difference between them, no matter who charged it. If not damaged, batteries can be used and recharged indefinitely.

I still don't know how to regulate de battery market.

My goal is to have most low-level wizard walking around with a battery strapped to their back.

I'd also prefer this society to not be totalitarian.
Because of the context, I already have troubles keeping the government from controlling too many aspects of its citizens lives. It's already in charge of the maintenance of city-sized atmospheres and manages the terraforming process. Here the worst-case scenario would be the government forcing people to charge batteries.

So here are a few possible ways I found to organize the battery market :

Knowing all that, how should the magic battery market be regulated?

The battery comes in two pieces: an extractor component which stays mounted to the host's back and a removable "bottle" which holds the magic. The bottles are just blown glass with a particular glyph carved on them, so they can be manufactured in vast numbers, making them effectively free.

Charities could give bottles away to the poor to allow the recipients to earn a living.
Extractors might come with a special blue bottle which can only be removed by the manufacturer. The new host wears the extractor till that blue bottle is full, then returns to the manufacturer who receives its contents as payment for the device. One blue bottle pays for one extractor and once the blue bottle is removed, other cheap bottles can take its place. From there, the host owns whatever magic is produced.

Another free-market possibility: a mix of commercial and personal battery chargers. Poor people can wear a locked device, which earns them a fraction of the value of the magic when they swap full for empty. As people get a better magical credit rating they get courted by higher-class providers who pay a better rate. (The longer it takes you to charge a device the less desirable you are to the providers, as the return on investment is less.) You can also buy an unlocked device that lets you sell your magic to the highest bidder; once you own your own device it doesn't matter to the buyers how long you spent producing the magic. (There is a parallel with locked and unlocked mobile phones in the US market that might not be obvious to people in countries with a different business model.)

The trick is making it profitable and convenient enough for even weak magic producers to wear a device.

All that assumes that the harvested magic is not useful as-is, but is going to magic refineries. If I want to wear a magic concentrator so I can fly to and from work with my daily magic budget then the financial picture changes significantly; I benefit from wearing a battery even if I never bring magic in to be deposited. In that case the OP's thought of parallel tanks starts to make more sense, where the owner of the device siphons off a certain amount. (Another American analogy comes to mind, sharecroppers who paid rent on their farms with a portion of each harvest. Note, though, that sharecropping is historically associated with an assortment of predatory legal and financial practices.)

A less-abusive way to get into the magic market would be to have all schools fit kids with fully-locked magic collectors, in part to help pay for schools and in part to tamp down on magical student horseplay. Once or twice a week the kids would have "magic class" where they learn how to do common tasks with magic, just like I learned cooking and sewing and B/W photography in junior high school. That would help spread the social idea that everyone wears a collector to not "waste" magic.

Not the answer you're looking for? Browse other questions tagged society magic economy government terraforming .

6
How to construct a magic-based currency?
9
Space wizards city : Is it sustainable?

2
How to make a theoretical economy grow when both average consumption of nonrenewable resources per person and total population are constant?
13
How would I limit magic users to only regain energy during combat?
4
If a "perfect battery" model was created today, what would be the main societal changes?
6
If all taxes were replaced with a Land Tax, would this deliver a fairer society and improve the economy?
11
Running a successful Prison complex for Wizards
22
How could a goverment sell prisoners as slaves (without giving advantage to richs)?
7
The eating habits of metabolic wizards
6
How can the economy of scale be prevented from disrupting the balance of power in a magic system?
15
How can I create a regulated marketplace for potion brewing?
4
How can witches compete with mega-corporations who benefit from economies of scale?