What would humans wings need to be like to fly? [duplicate]

How would it work for a human to have wings and how would they be able to fly?

What wings would make the most sense, feathered, webbed etc.? How would it make sense for it to connect to their own body and would there be a way for them to hide it on a day to day basis? What adaptations would have to be made for said human to fly?

If you wanted it to be "natural" then they would look similar to the wings used by other mammals. Namely webbed like a bat's (or a Batman's !) wing. 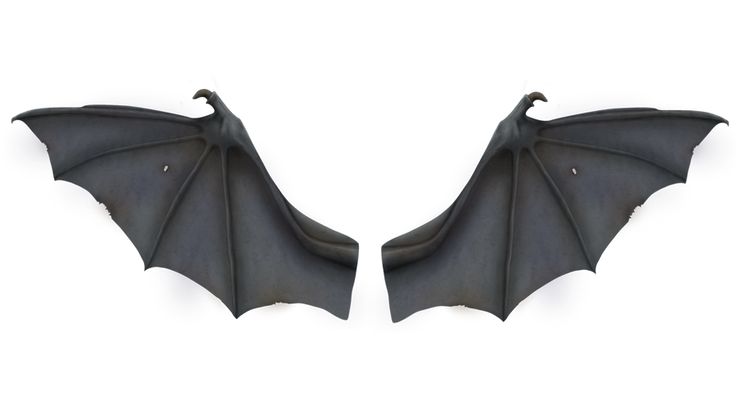 Also the wing membrane would be stretched between highly specialized fingers. A bat has much more maneuverability than birds do from this arrangement.

Could Humans Fly & How to Connect Wings to the Human body?

On an Earth like planet (same atmospheric density & gravity) humans can not fly. Our configuration makes us too massive to fly given our skeletal-muscular structure.

For a human to fly in a terrestrial environment, you'd need to completely reconfigure the body.

However, if you put the plot of your story on the terraformed Moon with Earth pressure atmosphere then humans could fly with their existing arm structure and musculature. They would need to change outfits into a special flying suit with appropriate wing shape.

If using a human adapted to fly in a terrestrial environment, the only way to keep this hidden from others would be to move around in a wheel chair and keep your arms close to your sides. The rest of the deformities might be explained to the public as some sort of degenerative disease.

You might have your character move around in a wheel chair to keep the stunted legs (probably still useful for moving around but they'll obviously be different than normal human legs).

If using the terraformed Lunar setting, the character could keep their wings hidden by simply changing clothing from normal clothes to flying suit and back. The flying suit need not be particularly bulky. Also you would not need to modify the human body (other than the flying suit) at all to allow them to fly.

Firstly, feathered wings would be a nightmare on humans, mainly cos we're naturally not feathered. We have skin, and so our wings should also be covered in skin, yep, like a bat. Otherwise, you'd have an overload of biological and logistical issues, like how can the winged human take a shower/bath with soap? The feathers would get gummed/ruined. How would the blood circulation in the body work out? And what happens if the human falls down in mud on a rainy day? Mud would cake the feathers... So to be realistic, skin-covered wings would be better for humans. Also, the wingspan would have to be very long. About 15 feet from wingtip to wingtip for the average-height human adult.

How best to connect it the body, well, it would be better if it connected directly to the spine, like all our other limbs. So maybe the wings could connect either directly in the middle of the back or spaced slightly apart (but must be between shoulder blades, otherwise arm movement would be impeded). The connecting area between the wing and the back could be from shoulder-height down to maybe mid-back or three-quarter ways down. Any less and the wings would be liable to tearing off when faced with a strong force. Blood circulation would, of course, have to include the wings.

As to hiding it on a day-to-day basis, the best way would be if you could draw out a design for your wings so that it can support the human's weight, and yet it can also fold neatly along the back. The batwing design would be a little difficult here because the long 'fingers' make it difficult to fold easily. You can see a picture of man's arm, bird's wing, and bat's wing here. What would be ideal is the skin-covered wing of a bat, but with the bone structure of a bird. Windbreakers with special slits in the back can be used, so that the wings can be hidden while the jackets are worn, yet in an emergency, the wings can snap out of the slits.

With regards to adaptations in the human body, of course, the bones would need to be lighter. Maybe not hollow, because our skeleton would need to still support our bodies, significantly less dense. Muscle structure, also less dense, and the human must have very little fat or he/she'd be lugging around a lot of extra weight. Heart compressions must come faster to support the beating of the wings (which need to be very strong), and so diets would need to change too. On average, the human-bird would need maybe twice to three times as many calories as a normal person. Also, birdlike air-sacs in addition to lungs would be very useful, as well as something that may allow them to breathe in the lower-pressure atmosphere when they fly. Basically, the human has to be as light as possible, and yet strong.

The biggest issues are attaching the wings in a way that would give them the necessary range of motion (between the shoulder blades is way to restricted), and the weight of a human-in some birds the total weight of their feathers is more than their skeleton. In regards to the first problem, you'd need to deepen the chest to make room for muscles, but you'd also need to lengthen the torso. (Side-note, the deeper chest will need to include room for a bigger heart, lungs, and possibly air sacs) This is because, if you still want arms, you're going to need a second set of shoulder blades below the first and still have the flexibility to move and bend. This will remove the arms in the way issue completely, and allow for the new muscles, tendons, and ligaments to attach to the wings in way that will compensate for the stress of lifting the entire body. As to the issue of weight, the legs will definitely need to drop a lot of power. They're so heavy in the first place because we are running animals. Our bones would have to be hollow with inner supports to increase strength (same as birds), and we'd probably need to be shorter overall. Feathers weigh a lot, and produce a ton of problems (as pointed out by another answer) so skin would the way to go. Also, look at how a bat's skin reattaches to the body a human's would have to way down to achieve the same thing. If you want to still wear clothes, you'll probably want a tail for the skin to attach to instead of your legs. No idea how you'd hide it, and you probably wouldn't be able to carry much weight when flying. Should work though.

Not the answer you're looking for? Browse other questions tagged humans flight or ask your own question.

23
How to make a flying human
0
Humanoids with Wings ~ How Would it Work?
1
How big would an 11 year old's wings have to be to fly?
10
What atmospheric density would be required to allow a human being to fly without wings?
6
Air bladders in bat-like skin wings for better lift?
9
Architecture of richest person's house on the moon
8
Fantasy Royal Flying Doctor Service
1
Viability of a vampire-like creature which emits a pathogen

11
Could a creature fly like a helicopter?
12
How would a four or five winged creature, such as a microraptor, fly?
9
Keratin wings: would they work?
1
Functional mechanical wings allowing to fly and to go underwater?
3
Would it be possible for humans to fly with mechanical wings?