So these magicians have been working on a new weapon for the King because he wants something to show off about. They were struggling for inspiration when they discovered a way of trapping the friction of the metal against the air inside an unobtanium steel alloy and releasing the trapped energy as heat. This heat trapping is so effective and so powerful that after a 15 minute charge time the sword can be heated to 1583 degrees celsius (2800 degrees fahrenheit). It can maintain this heat for a minute then it must have a 15 minute recharge during which time it is effectively a normal sword. The power of the sword has no direct effect on the wielder and also does not melt the sword.

So to recap the powers are

Given that the sword has these powers what issues for the user will the sword give?

If the sword heats up for only 1 minute, after 15 mins of recharging, then that's hardly efficient. That's a 15:1 ratio. Thus, seeing as a battle could last for several hours, the sword would then need at least a couple of days prior to the battle to charge. This would, of course, be an issue and a nuisance, because you may never know when the sword and its intense heat function may be needed, or for how long. With such an inefficient power output ratio, it may well be that the sword's intense heat function might rarely be used, if ever, simply because it just takes way too long to charge.

How would the user know how much power is left in the sword, before it needs to be re-charged? It is possible that the user may come across a situation where the intense heat function is desperately needed, but activates it, only to find that there isn't enough power to heat the sword up for longer than a second. Some sort of timer should be incorporated into the sword to inform the user how much longer the sword can produce such heat.

Well, realistically, if the sword is giving off that kind of heat no one will be able to actually use it without risking tremendous harm to their own side.

That thing would kill anyone who got within meters of it. It would bake knights in their armor - friends and foes alike.

It would also start fires all around the user, which will be potentially deadly to the wielder (although the blade itself is not). If you're standing in the rain the super heated vapor might also harm you as puddles beneath your heat instantly boil.

The only way to use this relatively safely would be outdoors, in a relatively moist environment, either by yourself, or far enough from your own forces that you won't harm them. However at that point you're putting yourself in a lot of danger on the battlefield.

Unless this sword has a very specialized use (such as fighting a dragon one-on-one) it would not make a suitable weapon on the battlefield.

The melting point of stainless steel is 1363 degrees Celcius and molten steel is unpleasant to be around, but it's not going to kill everyone around it. Here's a guy standing next to a bunch of it: 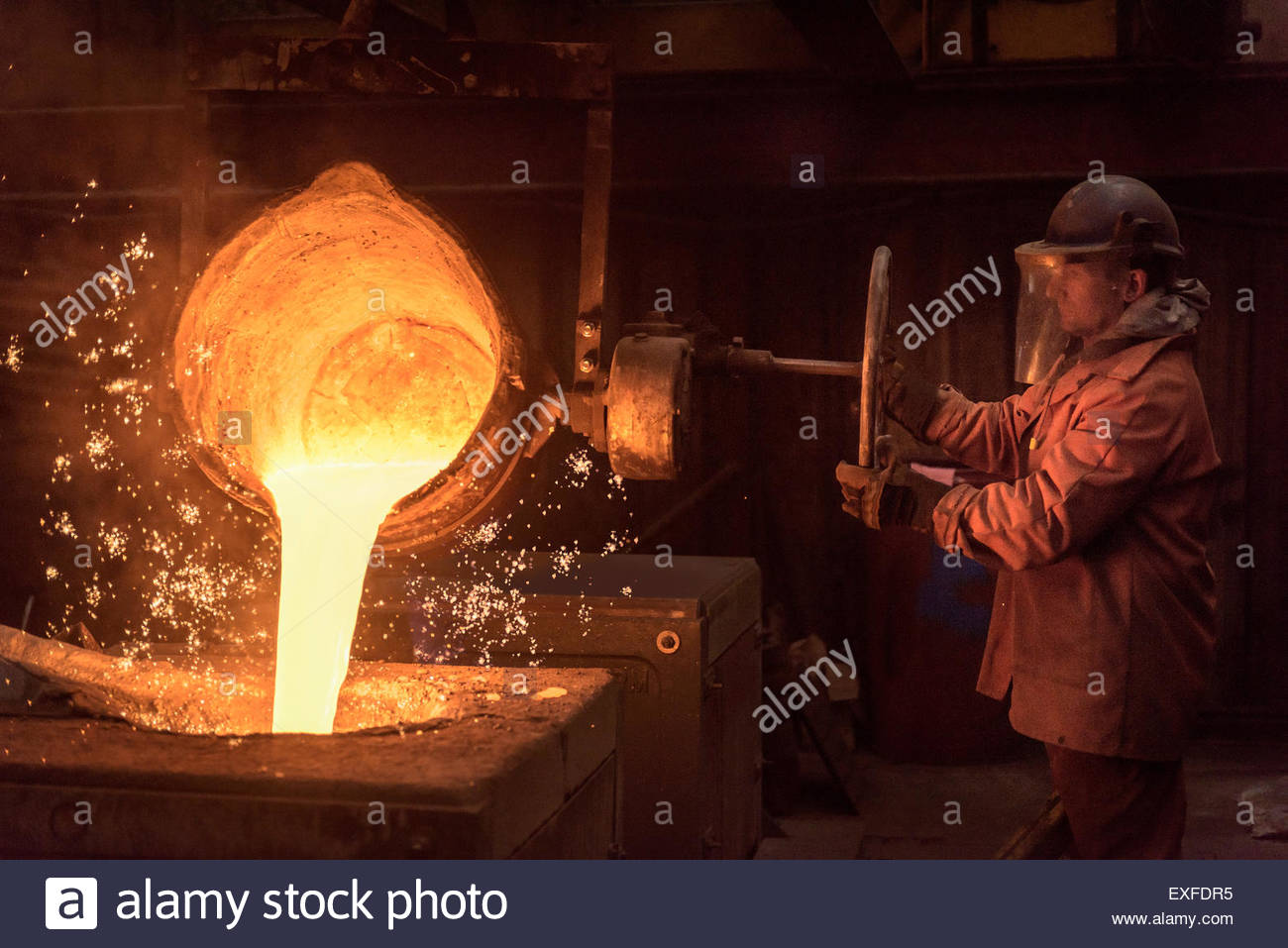 Just because an object is a certain temperature doesn't mean it instantly makes everything around it the same temperature. After all, the surface of the sun is 5498.85 degrees Celsius, but it's not that hot here on Earth. The filament in a light bulb can reach 2550 degrees Celsius but that's not how hot your room is (I hope).

Probably the biggest issue that a user of this sword is going to face is just how bright the sword will be. It'd be quite distracting, and using it at night is going to leave the user and those around him fairly blind until the bright spots in their vision dissipate and their eyes adjust.

Also, since the temperature is a couple hundred degrees hotter than the melting point of steel, there's a slight chance that if you try to stab an armored opponent with this sword while it's activated or slightly after it's turned off that it'll melt the edges of the armor you've pierced a little and then cool before you withdraw it resulting in a natural weld making it a little hard to pull your sword out. It probably wouldn't be a very clean weld or melt the armor very much, but it might take a good yank. "Whoever pulls my sword out of my enemy's corpse gets to be king for a day!"

There would be spontaneous combustion of nearby flammables, including papers, lacy curtains , clothing, and fancy hairdos. Nearby wax would slump and drip. Anyone standing nearby would be driven back by this intense heat.

It would look quite impressive, if blinding, from a distance.

The heat from the sword will boil the moisture present in any nearby rocks, causing them to explode. Any moisture present in your surroundings will also boil, filling the air with clouds of scalding steam. The superheated steam-filled air would also rapidly expand and begin to race away from you, at least until the clouds of steam surrounding you reached an equilibrium temperature with the blade.

Essentially, activating the sword would release a small pyroclastic flow full of shrapnel. This would kill anyone nearby, friend or foe. Do not activate at parties.

Well if the sword protects the user form it's self then I don't see many Issues with it. However the user has to have some way of activating the enchantment. Maybe by saying a particular phrase, word or spell.

18
Advantages of a flame sword?

55
How to subtly identify a weapon as powerfully magical?
18
Advantages of a flame sword?
3
How can a magical perspective enhance science?
9
Lead Amalgam as a Material for a Sword
16
Merfolk sword. Would it work?